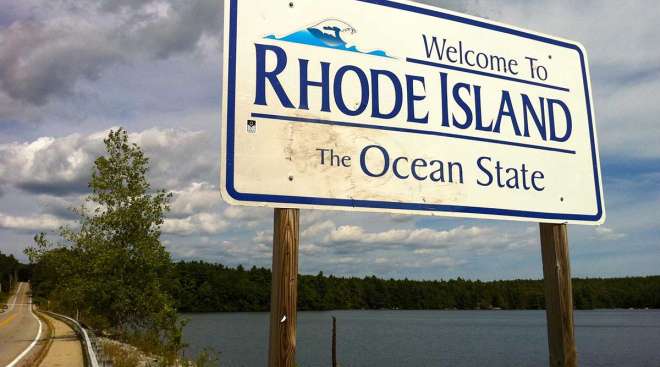 J. Stephen Conn/Flickr
Rhode Island’s truck-only toll plan may have received the go-ahead from the Federal Highway Administration, but the battle over RhodeWorks isn’t finished.

American Trucking Associations has asked Rhode Island’s Department of Transportation to provide information about outreach the state has done to communities that are likely to be affected by an increase in truck traffic on un-tolled local roads under RhodeWorks, Gov. Gina Raimondo’s plan to rehabilitate Rhode Island’s infrastructucture. No state has a higher percentage of structurally deficient bridges.

In a Sept. 29 letter to RIDOT Director Peter Aliviti, ATA said that the agency “intends to prevent diversion of tractor-semitrailers to potential alternative routes through signage limiting truck access to ‘local services,’ along with a variety of state and local enforcement methods … ATA has serious concerns as to how the contemplated restrictions can be reasonably enforced without imposing an unreasonable burden on motor carriers and their customers, truck drivers, other motorists and the citizens of Rhode Island.”

RITA President Chris Maxwell questioned RIDOT’s plan for regulating trucks that exit highways before any of the 14 planned tolls gantries in order to make deliveries.

"Whether or not a truck is making a delivery to a local area is easy: 'Just show me the package,’ " Alviti said on WPRO-AM in Providence.

Responded Maxwell, “The comment shows how uninformed the architects of Rhodeworks are as to the rights of our industry to move goods. …  This plan is bad for our industry, but it is also bad for Rhode Islanders who will see costs and congestion rise as a result.”

Under RhodeWorks, Rhode Island would borrow $300 million against money coming to the state from the FAST Act, refinance previous loans for another $120 million and gain $45 million a year through the truck-only tolls. Trucks will pay $3 at each toll up to a maximum of $20 per day.

Maxwell said his threatened lawsuit, which ATA might join, won’t be filed until after the Nov. 8 election.

“We have said from the beginning that the governor and politicians in Providence are attempting to extort revenue from our industry — using the trucks that deliver their state’s goods as a piggy bank to avoid making the tough choices that are necessary to maintain the state’s roads and bridges,” ATA President Chris Spear said. “We will continue to fight these discriminatory and unjust tolls and as other states have learned, we will not stop until this plan is abandoned.”