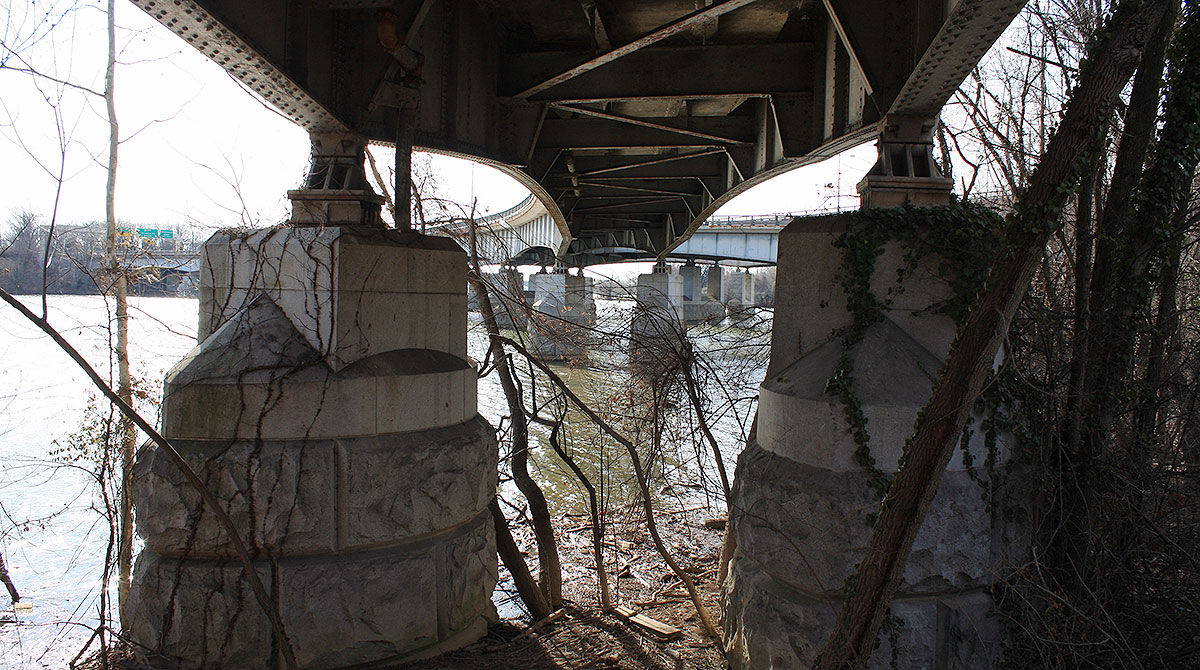 View from under the Theodore Roosevelt Bridge by Getty Images

Nearly 231,000 bridges require repairs with more than 46,000 of them showing structural deficiencies, according to the American Road and Transportation Builders Association.

Relying on federal data that chronicled conditions around the country, the group determined that vehicles cross structurally deficient bridges about 178 million times daily.

Alison Premo Black, ARTBA’s chief economist, said that one-third of interstate highway bridges — 18,177 spans — were found to be in need of certain repairs. The group estimates the cost to repair the 231,000 bridges would amount to nearly $164 billion.

The iconic Brooklyn Bridge in lower Manhattan is among more than 230,000 crossings nationwide that need repair, ARTBA says.

“At the current pace, it would take more than 50 years to repair America’s structurally deficient bridges,” said Black. “Our bridge network is underfunded and should be modernized. State and local governments just haven’t been given the necessary financial resources to fully address the problem.”

“While these bridges may not be imminently unsafe, they need attention. Over 69,500 bridges across the country are ‘posted for load,’ which means there are weight restrictions or other measures in place to reduce stress on the structure,” according to the report published this month.

Overall, structurally deficient bridges declined by 900 as compared to 2018.

Proceeding with a national rebuilding campaign that focuses on bridges should be a priority for lawmakers aiming to boost the country’s economy, said ARTBA President Dave Bauer. As he put it, “The sooner we invest in robust new transportation improvements, the sooner the American people will experience the economic benefits.”

JUST IN: Chair @RepPeterDeFazio issued his support for building on the #MovingForward infrastructure framework he & @HouseDemocrats released in January in order to help our country recover from the impacts of #coronavirus in the United States.https://t.co/bOR14bTh6Q

Rep. Peter DeFazio (D-Ore.), chairman of the House Transportation and Infrastructure Committee, said that ARTBA’s research reinforced the need to dedicate additional attention to freight and commuter connectivity. The chairman has indicated he is readying the release of comprehensive highway policy legislation this year.

“This analysis is sobering, but unfortunately, not all that surprising given the fact the federal government has ignored the infrastructure needs of our country for decades,” DeFazio said.

“We’re attempting to run a 21st-century economy on a 1950s-era transportation system, which simply does not work and it shouldn’t take a bridge or economic collapse to get the federal government to pay attention. My Moving Forward Framework released earlier this year is a launchpad for making transformational investments to not only make our bridges and other infrastructure smarter, safer and made to last, but also to create millions of jobs and support American manufacturing, something that will be badly needed in the coming months as we deal with the economic fallout of COVID-19.”

The American Society of Civil Engineers also has analyzed the condition of the nation’s bridges. In 2017, the ASCE issued an overall C+ grade for the network of bridges, noting a significant number of them are approaching the end of their design life.

The group recommended: “Increase funding from all levels of government to continue reducing the number of structurally deficient bridges, decrease the maintenance backlog, and address the large number of bridges that have passed or are approaching the end of their design life.”