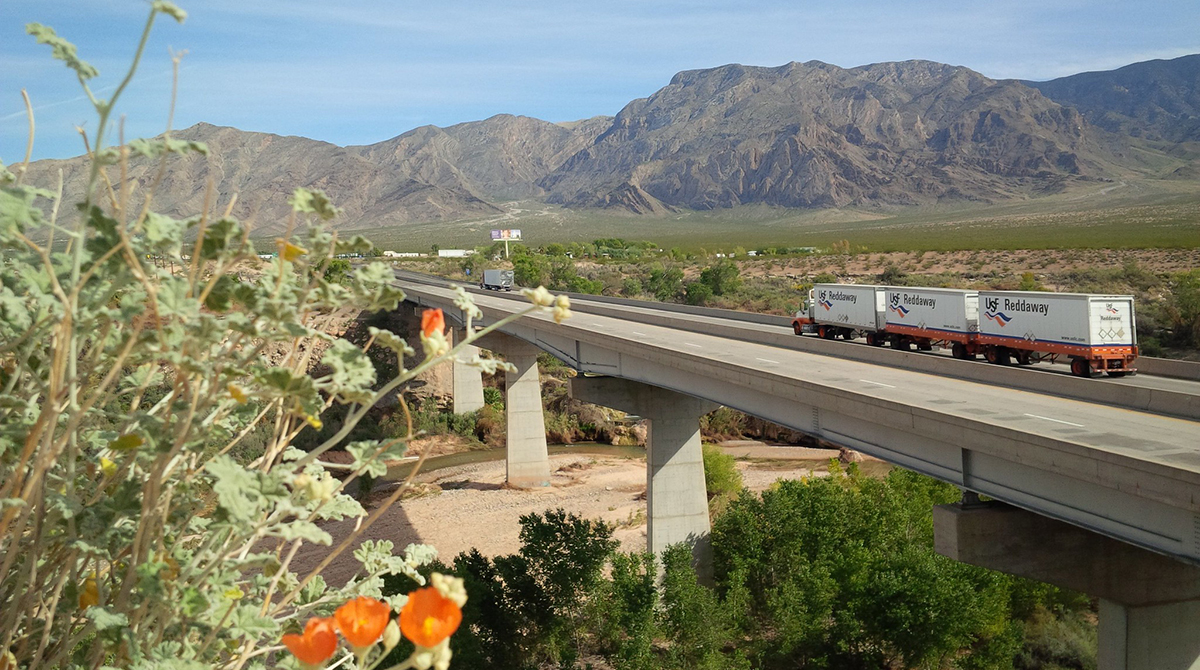 I-15 Bridge No. 1. (Arizona Department of Transportation)

In an effort to facilitate the flow of commerce, the Arizona Department of Transportation is starting work to replace a bridge that carries Interstate 15.

A major north-south route, I-15 runs through the northwest corner of Arizona for about 30 miles. Specifically, ADOT’s project will involve replacing Virgin River Bridge No. 1, which carries I-15 past Littlefield.

Although its course through Arizona is relatively short, I-15 reaches from San Diego to Sweetgrass, Mont., and continues into Canada. And I-15 plays an important role in the movement of goods because it connects Nevada and Utah. It also offers an economic corridor linking Southern California with the Rocky Mountain region. The Virgin River Gorge is within 400 miles of the Port of Los Angeles, a major economic driver. Harding said the route intersects with other major corridors, including interstates 70, 80 and 90.

Harding said about 30,000 vehicles passed through the stretch of I-15 near Virgin River Bridge No. 1 every day in 2019. About 22% of those vehicles were trucks.

“ADOT recognizes that even though our section of I-15 is only 29 miles long, it’s an important freight corridor for the region,” ADOT spokesman Ryan Harding told TT. “Arizona’s piece of that interstate is small, but vital.”

Construction on the $56 million project to replace Virgin River Bridge No. 1 is scheduled to begin Feb. 8. Work will include replacing the abutment foundations, piers and bridge deck, as well as laying new pavement and installing guardrail and signage.

According to ADOT, most of the initial work will occur below the bridge. Later this year, drivers can expect shifts in traffic, first along the northbound lanes and then along the southbound ones, as the bridge is rebuilt. ADOT will keep one lane of traffic in each direction moving throughout the project. Work is expected to be completed by fall 2023.

ICYMI: ADOT is set to begin work on replacing the Virgin River Bridge No. 1 along I-15, also known as the Arizona Strip. Find out more about the project here. MORE: https://t.co/h29DAndi1V pic.twitter.com/iCzxoYO2Ar

“We continue to make progress rehabilitating the I-15 bridges through the Virgin River Gorge,” said Audra Merrick, district engineer for ADOT’s Northcentral District. “This latest project will extend the life of the bridge and help commerce to continue flowing through this region.”

Harding noted that, with this project to replace Bridge No. 1, ADOT will have done construction work on all of the bridges in the gorge.