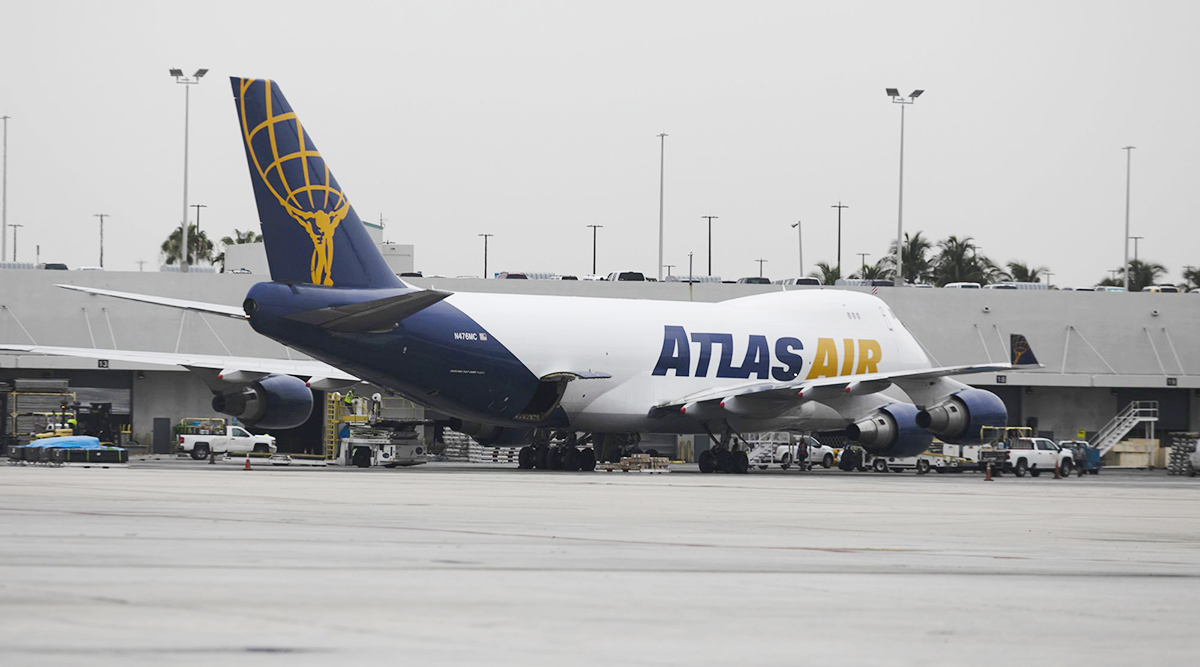 The consortium agreed to pay $102.50 a share in cash, or about 57% more than the stock’s 30-day average price, the companies said in a statement Aug. 4, which confirmed earlier Bloomberg News reporting. A spokesman for Atlas placed the equity value of the transaction at about $3.2 billion, while the deal’s enterprise value including debt is about $5.2 billion.

The investment in Atlas, the world’s largest operator of Boeing Co. 747 jets, rounds out Apollo’s portfolio of aviation holdings. Purchase, N.Y.-based Atlas has a fleet of 108 aircraft, about half of which are hump-backed jumbos, distinctive for noses that flip open to front-load bulky freight. Atlas also transports troops for the U.S. military and trains flight crews for the Air Force One fleet.

The deal is expected to close as soon as the fourth quarter and is subject to approval from Atlas shareholders and U.S. regulators. Once it becomes a privately held company, Atlas will continue to operate under the same brand and be led by current Chief Executive Officer John Dietrich. Other members of the Apollo-led group include affiliates of J.F. Lehman & Co. and Hill City Capital.

Global demand for airfreight dipped 4.2% during the first half of 2022 from a year earlier, but was still 2.2% higher than pre-COVID shipping levels during the same stretch of 2019, according to the International Air Transport Association, an airline trade group. The sector has drawn a torrent of funding from investors looking to profit from logistics and shipping disruptions stemming from the pandemic and Russia’s invasion of Ukraine.

The deep-pocketed backers could help Atlas find replacements for its long-in-tooth Boeing 747-400 freighters, according to Helane Becker, an analyst with Cowen.

“At some point, Atlas will need to replace those aircraft with younger, more fuel-efficient aircraft, and as interest rates rise, having Apollo’s cash flow and financing ability, coupled with its own cash flows, would enable it to finance aircraft at competitive rates,” she wrote in a report Aug. 4.

When the merger takes effect, all outstanding shares granted to Amazon under the terms of a 2016 warrant will automatically vest and be exercised, Atlas said in a regulatory filing Aug. 4. On an undiluted basis, the transaction has an equity value of $2.9 billion, based on data compiled by Bloomberg.

— With assistance from Gillian Tan.