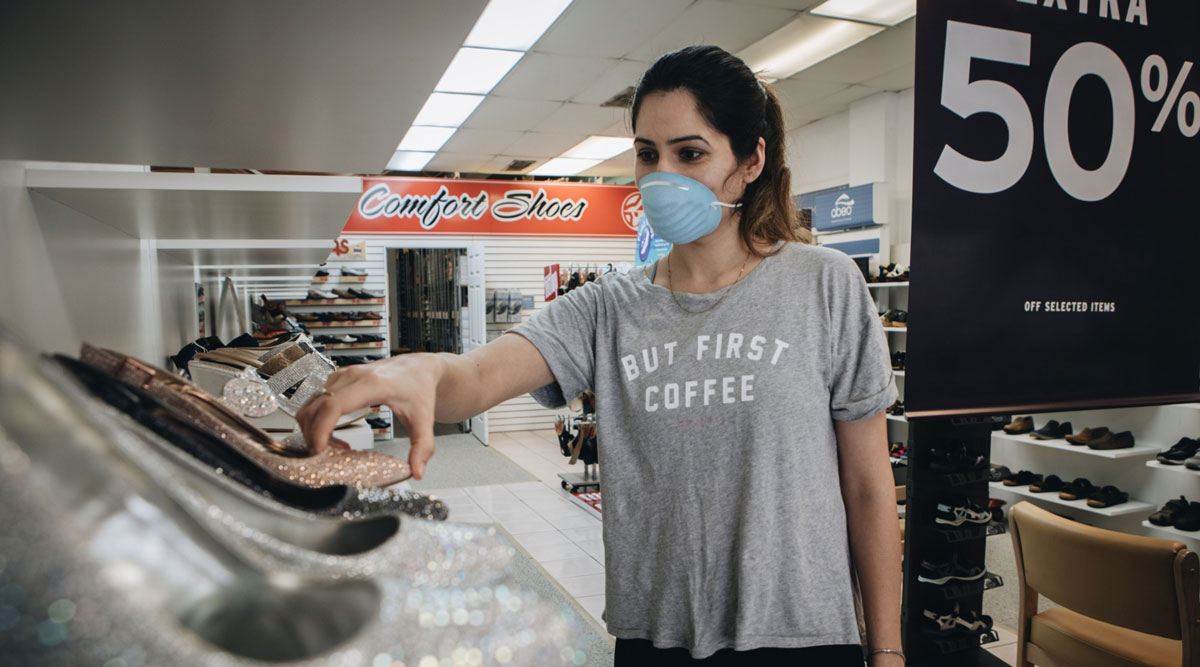 A customer browses shoes at a store in Coral Gables, Fla., on May 18. (Jayme Gershen/Bloomberg News)

The Wandering Tortoise taproom in Phoenix saw a flow of customers after the stay-at-home order ended last month. Then traffic slowed as coronavirus infections began to spike, turning the state into a new pandemic hot spot.

In states from Arizona to Texas and Florida where COVID-19 is flaring up, small businesses like the Wandering Tortoise are seeing a drop in demand, salons report that customers are getting more skittish, and some restaurants and bars had to shut down again after reopening. While evidence of a virus-sparked consumer pullback is largely anecdotal for now, it would be a setback for a U.S. economy that has just started to perk up, with retail sales jumping to a record in May.

Some states that reopened the earliest are now seeing thousands of new cases that threaten to overwhelm health systems. Greg Abbott, the Republican governor of Texas, warned tougher actions will be required if hospitalizations continue to rise. In Arizona, where President Donald Trump visited June 23, Gov. Doug Ducey, also a Republican, reversed his position on wearing face masks in public last week, allowing local governments to mandate them.

“Things are much slower” at the taproom, said Shay Gau, a co-owner of the 3½-year-old Wandering Tortoise. The business also has a beer shop that remains busy as customers stock up to make fewer trips outside. “You don’t see people out and about.” 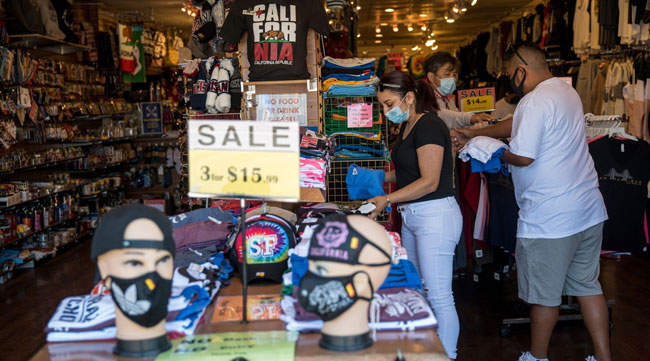 In Florida, another hot spot, some businesses also saw a sudden drop in activity.

Orlando hair salon owner Nadine Tarpley was personally handling as many as 20 clients a day after reopening last month. That has since declined to around five.

“We have customers where they want to be the only person in the salon,” Tarpley said, adding that it isn’t sustainable. “We’re awful nervous that they could possibly close us back down again.”

That’s a stark turnaround for the owner of OhSoooJazzy Hair Salon, who was asked to host a salon reopening discussion last month with Ron DeSantis, the Republican governor of Florida. Her business surged back after the state allowed barbershops and salons to reopen in mid-May, Tarpley said, briefly surpassing pre-pandemic levels as people starved for a cut or highlights rushed back.

Two hours to the west, Mark Ferguson operates Ferg’s Sports Bar in downtown St. Petersburg, a watering hole in the shadows of Tropicana Field, home of Major League Baseball’s Tampa Bay Rays. Months without live sports events on TV or at the nearby stadium has been a huge challenge, but his spacious outdoor patio at least has put some patrons at ease.

Traffic has trended down again after the recent spike in Florida, Ferguson said. St. Petersburg’s mayor has signed a new order requiring everyone to wear face coverings inside businesses in the city. Nearby, a popular outdoor music venue called Jannus Live shut down temporarily after a staffer got the virus.

“They were coming out, and all of a sudden about 10 days ago the news was saying everything was spiking in St. Pete,” Ferguson said.

A new survey by the National Federation of Independent Business underscored the improvement in demand for U.S. small businesses in May and early June: One-third of them reported sales volume that was greater than 75% of prerecession levels. 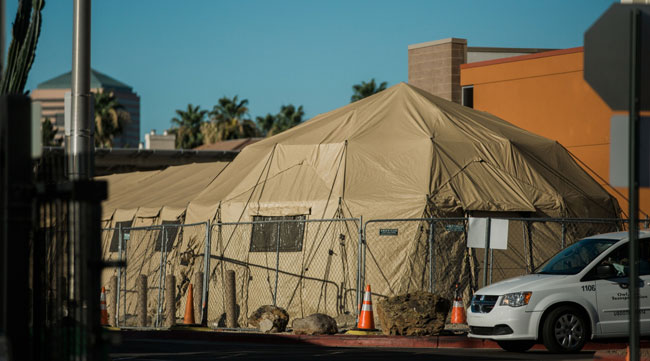 Data from the OpenTable booking app also showed customers eager to get back to normal. Reservations in Arizona, Florida and Texas have rebounded to about 50% of their prepandemic levels, with restaurants in each state seeing a surge of business over the Father’s Day holiday. Each had been down to near zero from mid-March through April.

Little Greek Fresh Grill, a chain of fast-casual restaurants in Florida, Texas and the Midwest, is heavily geared toward takeout and has only seen a continuing rebound in recent months, company president Nick Vojnovic said. Meantime, economic indicators, including the OpenTable booking data, show little sign of softening so far, said Michael Skordeles, an economist at SunTrust Bank in Atlanta.

“I haven’t seen any data that looks like it’s hitting anything economically yet,” Skordeles said. “It’s a weird lot of mixed signals.”

But back in Yuma, Ariz., a border town that Trump visited June 23, restaurant manager Beverly Baker-DuBay has seen dwindling demand in recent days, out of concern about the spike in cases.

“When they first let us reopen, people were happy to come out,” she said. “In the last week or so, it has slowed down. People are scared.”

The restaurant, Brownie’s Café, can accommodate 158 customers. It has been operating at half capacity, with only one of two cooks and reduced hours for hostesses. It has scrapped two daily specials and mostly does takeout.

“People are ordering food to go,” said Baker-DuBay. “They feel safer that way.”

Concerns are spreading across the nation as businesses are forced to close down again. On June 23, wine distributor Harry Root got word that six of his restaurant clients in Alabama were shutting because of the virus, although he was unclear whether employees had gotten sick or the restaurateurs feared for their workers’ health.

“For them, it’s awful,” said Root, whose business, Grassroots Wine, distributes in Alabama and South Carolina. “For us, it’s not good.”