American Farmers Can’t Wash Their Hands of All This Corn 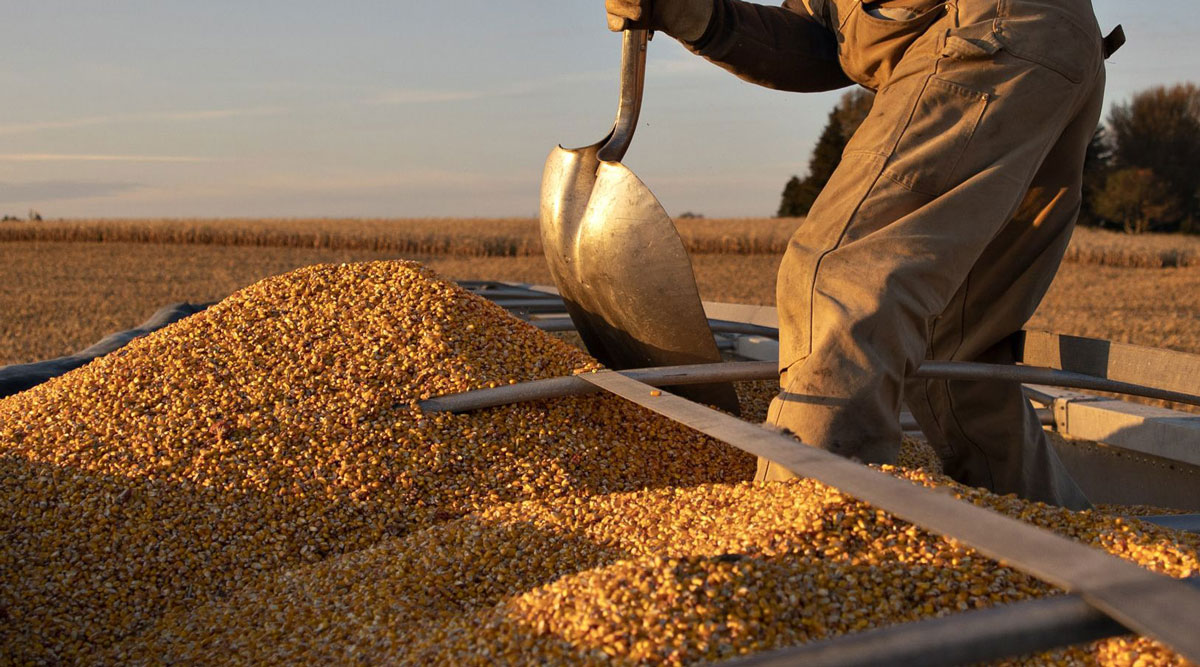 A farmer uses a shovel to move corn inside a semi trailer during a harvest in Illinois in November 2019. (Bloomberg News)

American corn farmers are feeling better about their prospects with billions more in government aid and optimal growing conditions. There’s only one downer — demand.

Much of the U.S. biofuel industry is still limping along even as the economy ramps up from coronavirus-related lockdowns. While some plants have switched to making hand sanitizer, that doesn’t come close to ethanol demand, which typically accounts for one-third of the corn crop.

Meanwhile, mild temperatures and frequent rain showers are boosting prospects for what already was predicted to be a record-large American corn harvest. The U.S. corn crop was rated 74% good or excellent as of May 31, the best conditions since 2018. In the top corn-growing state of Iowa, ratings were the strongest in 26 years for this period, U.S. Department of Agriculture data showed. 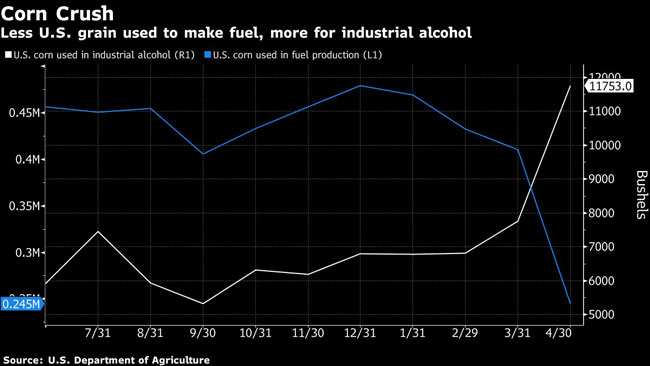 On the flip side, lockdowns are still keeping some cars off the roads, reducing demand for fuel. In April, use of corn to make fuel plunged 40%, USDA data showed this week. A pivot by some plants to producing more industrial alcohol for hand sanitizer wasn’t nearly enough to compensate for the loss in fuel output.

The lack of ethanol demand has kept corn under pressure, with prices the lowest for this time of year since 2006.

Eighty-one percent of American farmers were either very concerned or somewhat concerned about the future viability of the U.S. ethanol industry, according to the Purdue University/CME Ag Economy Barometer released June 2.

The overall agriculture-economy barometer increased slightly, but that was likely tied to a $19 billion aid package unveiled in mid-May to help mitigate the impact of COVID-19.

“The improvement in the Index of Current Conditions was probably motivated in part by increasing awareness of details regarding payments farmers are likely to receive under CFAP for losses incurred during the first two quarters of 2020,” Purdue University professor Jim Mintert said.