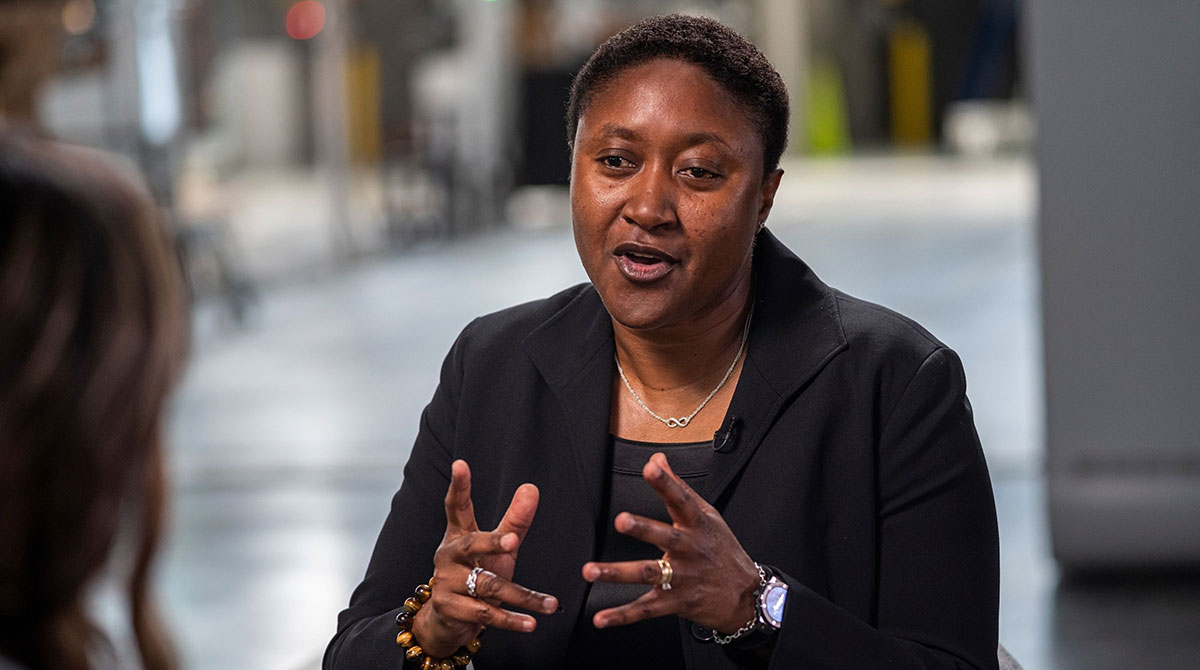 The CEO of Zoox, Amazon.com Inc.’s self-driving unit, expects autonomous vehicles to be present in cities “sooner than people expect,” but stopped short of saying when her own company’s product would appear on roads.

“We don’t get into dates at Zoox; we prefer to show not tell,” Aicha Evans, speaking virtually, said at the Bloomberg Technology Summit in London on Sept. 28. She added that “testing has already started.”

The bigger challenge, she said, will be expanding autonomous infrastructure beyond initial cities and maintaining a user experience that’s consistent.

“Our focus is being on public roads with our robotaxi soon, but it’ll be to a small-to-moderate scale,” Evans said. “The question is our ability to add cities on a continual basis that’s good for customers.”

Amazon purchased Zoox in 2020, a move that analysts at the time said could help automate the e-commerce giant’s delivery fleet. Zoox is developing autonomous vehicles that it characterizes as robotaxis — machines have no steering wheel or pedals and can carry as many as four passengers.

“We’ve been talking to regulators since our inception,” Evans said. “We provide data, advice, and it’s an ongoing dialog we expect to go on forever.”

Evans said she believes the development of Zoox’s so-called robotaxis is the “beginning of a wave” for autonomous driving.