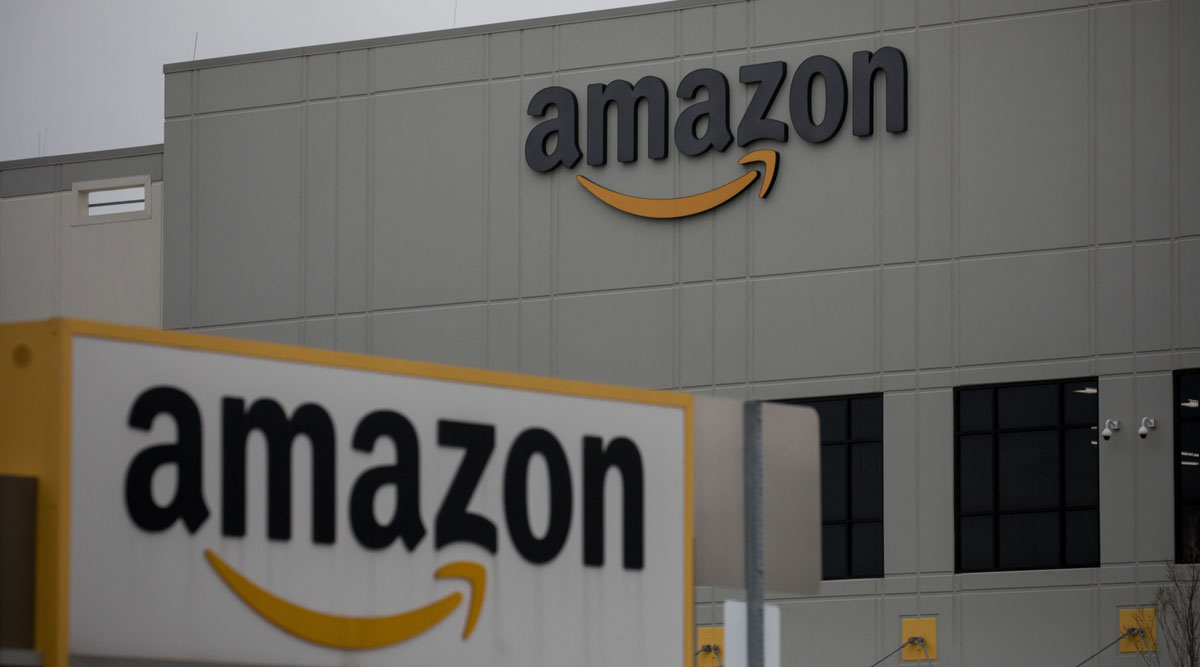 Amazon signage is displayed in front of a company warehouse in Staten Island In March 2020. (Michael Nagle/Bloomberg News)

Amazon.com Inc. has scooped up a minority stake in a cargo airline that operates a portion of its fast-growing air-cargo division, the latest sign of the retailer’s long-term ambitions to expand its airfreight operations.

Amazon spent $131 million to acquire about 13.5 million shares of Air Transport Services Group Inc., the air cargo operator said in a securities filing on March 8, exercising warrants Amazon had previously acquired. Amazon also acquired roughly 865,000 additional shares through an agreement in which no cash changed hands. The purchases are contingent upon approval by the U.S. Department of Transportation, ATSG said.

Following that approval, Amazon will own about 19.5% of ATSG, said Quint Turner, chief financial officer of the Wilmington, Ohio, company, a stake that gives Amazon the right to appoint one member of ATSG’s board of directors. If Amazon leases more aircraft and exercises all its warrants, the company could own as much as 39.9% of the cargo carrier, ATSG said in its annual report.

Earlier this year, Amazon announced its first aircraft purchases, buying 11 Boeing Co. 767-300 jets to join a fleet of leased planes. The company is also set to complete work later this year on an air-cargo hub at Cincinnati/Northern Kentucky International Airport. Amazon uses the air operation to speed goods from its warehouses to shoppers, reducing its reliance on logistics partners like UPS Inc.

ATSG CEO Rich Corrado said on a conference call last month that the company anticipated operating 46 aircraft for Amazon by the end of this year, up from 33 at the end of 2020.

“I think it’s an acknowledgment that we have a very strategic relationship with them,” Turner said of Amazon’s decision to exercise the warrants. “It’s clearly a very important relationship for both companies.”