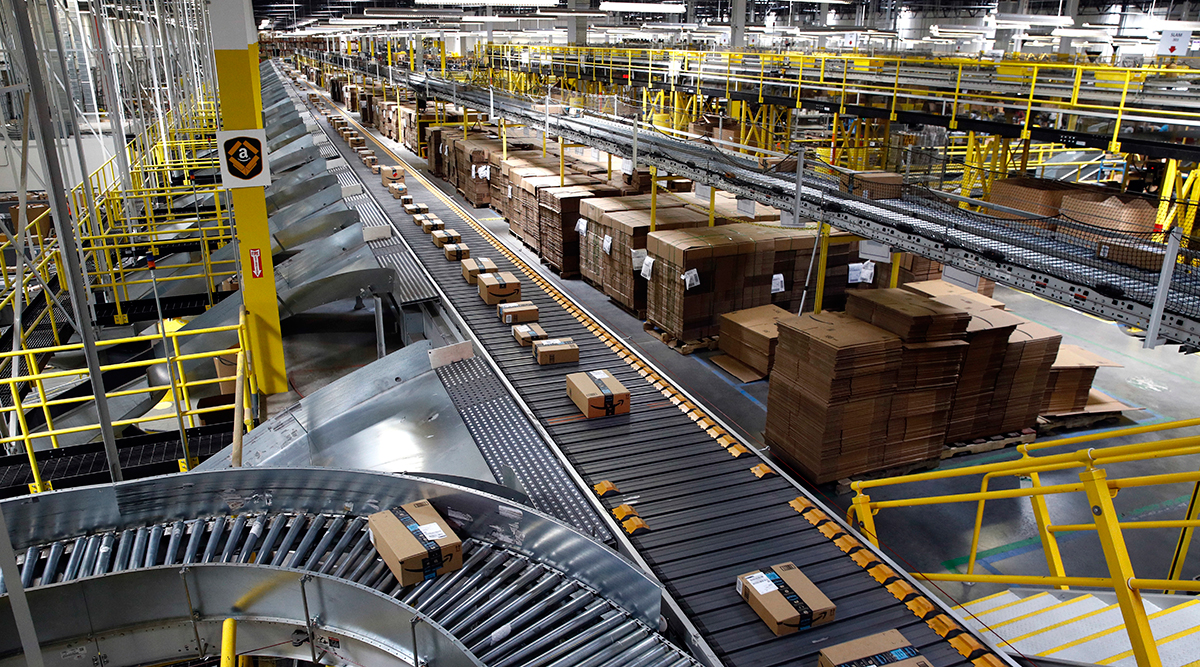 The endless line of Amazon packages getting sorted and moved along a conveyor belt. (Patrick Semansky/Associated Press)

NEW YORK — Amazon, which is racing to deliver packages faster, is turning to its own employees with a proposition: Quit your job, and we’ll help you start a business delivering Amazon packages.

The offer, announced May 13, comes as Amazon seeks to speed up its shipping time from two days to one for Prime members. The company sees the incentive as a way to get more packages delivered to shoppers’ doorsteps more quickly.

Amazon said it will cover up to $10,000 in startup costs for employees who are accepted into the program and leave their jobs. Those who participate will be able to lease blue vans with the Amazon smile logo stamped on the side. The company said it also will pay them three months’ worth of their salary.

The offer is open to most part-time and full-time Amazon employees, including warehouse workers who pack and ship orders. Whole Foods employees are not eligible to receive the new incentives.

Seattle-based Amazon.com declined to say how many employees it expects to take them up on the offer.

The employee incentive is part of a program Amazon started a year ago that let anyone apply to launch an independent Amazon delivery business and provided $10,000 in reimbursements to military veterans. 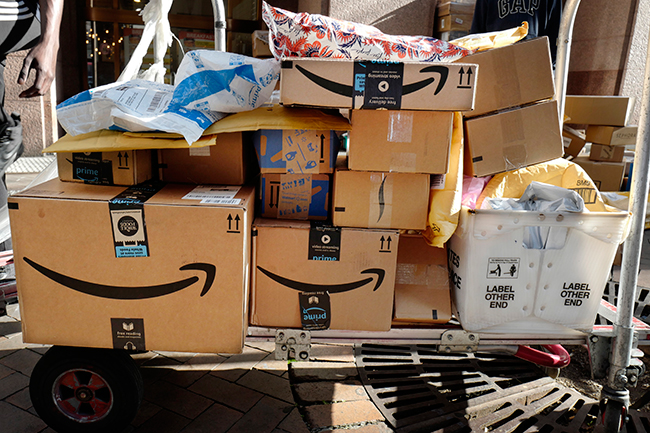 The expansion is part of the company’s plan to gain more control over its deliveries rather than rely on UPS Inc., the U.S. Postal Service and other carriers. It also gives Amazon a way to grow its delivery network without spending the money needed to buy vehicles or hire workers, said Barb Ivanov, director of University of Washington’s Urban Freight Lab, a research center that focuses on logistics and supply chain transportation.

One of them is run by Milton Collier, a freight broker who started his business in Atlanta about eight months ago. Since then, it has grown to 120 employees with a fleet of 50 vans that can handle up to 200 delivery stops in a day. It already has been preparing for the one-day shipping switch by hiring more people.

But Amazon still is far from posing a threat to UPS and FedEx Corp., said Beth Davis-Sramek, a supply chain management professor at Auburn University. Those carriers have thousands of trucks and hundreds of planes to get packages where they need to go. And they’re doing more than just delivering boxes to doorsteps, she said; they are transporting packages between warehouses and businesses.

“UPS and FedEx will be just fine,” Davis-Sramek said.