Amazon Says Approval for Drone Tests Too Little, Too Late 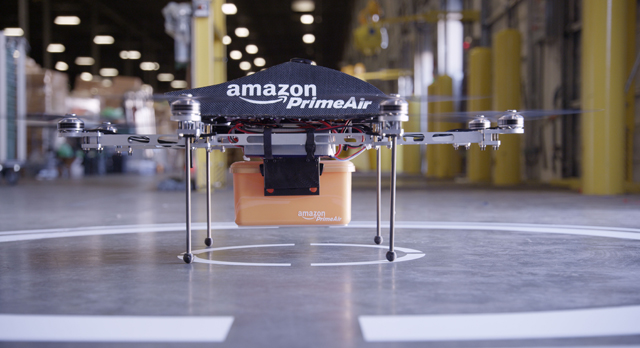 Amazon.com Inc. said the U.S. regulatory approval it received last week to test deliveries by unmanned aircraft, or drones, is too little, too late.

Amazon has developed new drone models and the one approved for testing by the Federal Aviation Administration is no longer being used, Paul Misener, the Seattle-based company’s vice president for global public policy, told U.S. lawmakers March 24 at a hearing.

Misener’s testimony highlights the difference in the pace of technology companies looking to build a competitive advantage and regulators seeking to protect the public from harm. Amazon’s executive urged the federal government to move more quickly to approve testing of commercial drones, and highlighted the faster regulatory pace in Europe and Asia.

“Nowhere outside of the United States have we been required to wait more than one or two months to begin testing,” Misener told a subcommittee of the Senate’s Commerce, Science and Transportation panel. “What the FAA needs is impetus, lest the United States fall further behind.”

Amazon wrote the FAA in December threatening to divert its research program to other countries if the agency didn’t act quickly to approve outdoor test flights of the unmanned aircraft. The FAA last week said Amazon can fly its drones only during the day, within 400 feet of the ground and within sight of an operator who has a traditional pilot’s license.

Amazon wants to be able to program the unmanned aircraft to make the flight, while dodging obstacles, on its own.

Amazon CEO Jeff Bezos said in December 2013 that he wanted to pioneer the use of small unmanned helicopters to deliver books and other items to people’s homes. The goal was to deliver packages weighing as much as 5 pounds within a 10-mile radius, Bezos said.

The FAA on Feb. 15 introduced proposed rules for commercial drone flights that wouldn’t permit such automated activity because they require operators to keep the craft within sight at all times.