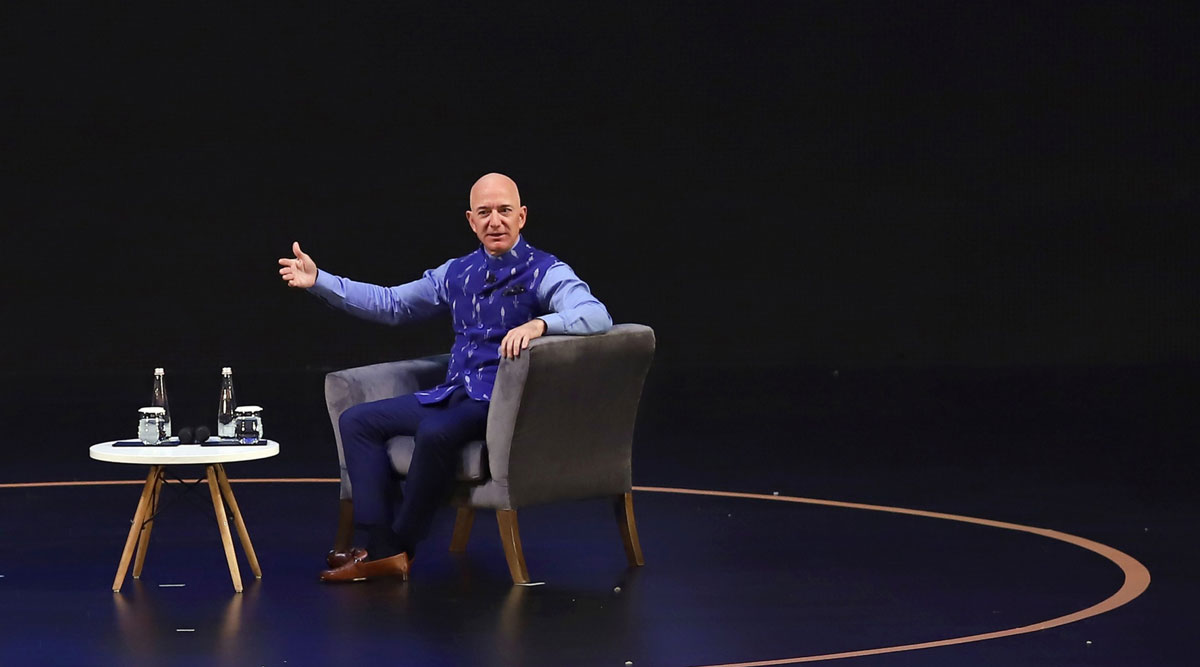 Amazon CEO Jeff Bezos sits during an event in New Delhi, India, on Jan. 15. His company is one of the founding members of a new electric vehicle coalition. (Anindito Mukherjee/Bloomberg News)

SEATTLE — Amazon is one of the initial members of a new industry group set up to help companies electrify their vehicle fleets and support policies that enable electrification.

“With companies controlling more than half the vehicles on the road in the U.S. today, they have a tremendous role to play in leading the transition to electric vehicles — both in terms of electrifying their own fleets and in leveraging their buying power to send a strong market signal to automakers and policymakers alike,” she said in a statement.

Amazon’s logistics and delivery business relies on a massive and growing fleet of airplanes, trucks, vans and other vehicles operated directly and through subsidiaries and contractors.

The company pledged last year to make half of its deliveries net carbon neutral by 2030. It also set a 2040 deadline to become 100% net carbon neutral — signaling it still intends to rely on some carbon offsets, in addition to directly reducing emissions — and said it would buy 100,000 electric delivery vans beginning next year from upstart manufacturer Rivian, in which Amazon has invested heavily. An entity can become carbon neutral by balancing carbon emissions with carbon removal.

Last week, Amazon founder Jeff Bezos posted a video of himself driving an electric delivery rickshaw in India and said the company planned to have 10,000 of them there.

Amazon continues to draw criticism for its climate policies. Employees and activists have asked the company to discontinue its cloud computing business with oil and gas companies and to use its lobbying muscle to advocate policies that address the climate crisis.