Amazon CEO Jeff Bezos to Step Down in Q3 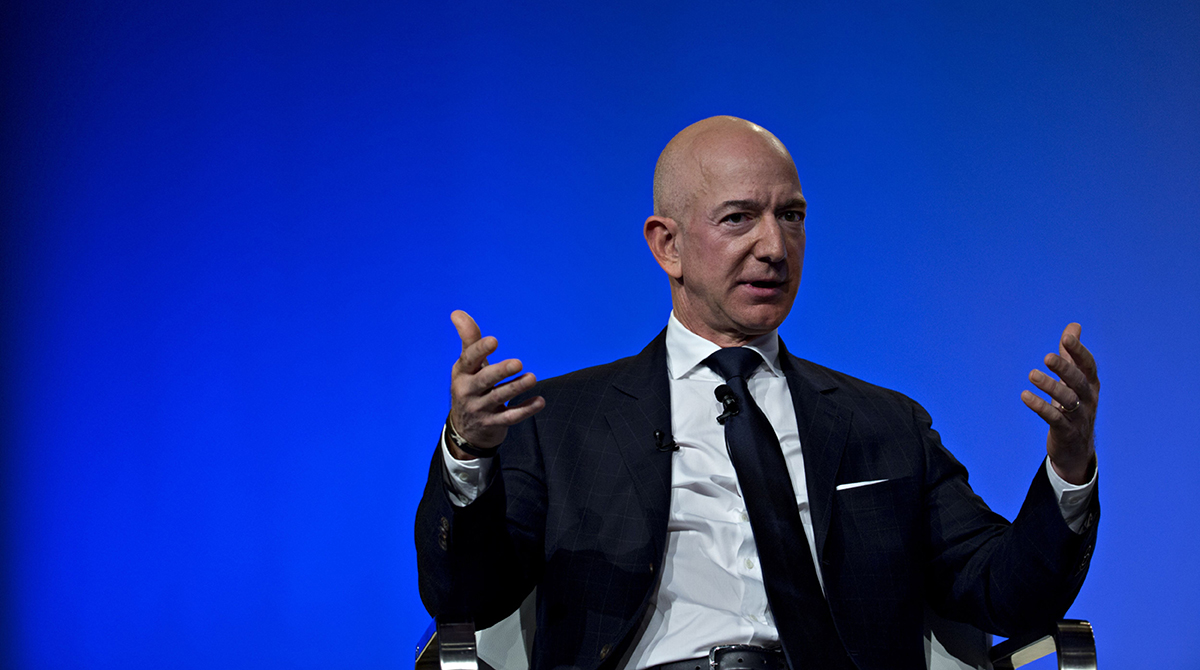 Amazon.com founder Jeff Bezos will step down as the online giant’s CEO but will stay on as executive chairman, the company announced Feb. 2.

The announcement accompanied the release of Amazon’s fourth-quarter financial results. Bezos will hand the CEO reins to Andy Jassy — who currently heads the Amazon Web Services division — in the third quarter of this year, the company said in the release.

“Amazon is what it is because of invention,” Bezos said. “We do crazy things together and then make them normal.

“If you do it right, a few years after a surprising invention, the new thing has become normal. People yawn. That yawn is the greatest compliment an inventor can receive. When you look at our financial results, what you’re actually seeing are the long-run cumulative results of invention. Right now I see Amazon at its most inventive ever, making it an optimal time for this transition.”

Jassy speaks at a past company event. (David Paul Morris/Bloomberg)

Jassy joined Amazon in 1997 as a marketing manager and in 2003 helped found Amazon Web Services. He is a part-owner of the new Seattle National Hockey League franchise the Seattle Kraken.

While Amazon did not report exact gross merchandise value for its Prime Day, Black Friday and Cyber Monday sales, it said third-party sellers grew by 60% year-over-year during each of the three events. It also said it benefited from the decision to move Prime Day to October from July this year due to disruptions from the COVID-19 pandemic.

During the holiday shopping season Amazon said small and medium-sized businesses in the U.S. sold nearly one billion products on its site. The company hired 175,000 new employees in Q4 to meet soaring e-commerce demand.

Amid the pandemic, the company has spent an additional $2.5 billion in pay for its frontline workers. Starting pay for all employees is now at least $15 an hour.

Bezos founded Amazon 27 years ago. In a memo to employees he said the leadership transition will provide time for him focus on other interests, including the Day 1 Fund and Bezos Earth Fund non-profits, as well as businesses including Blue Origin and The Washington Post.

The Day 1 Fund promotes Montessori-inspired preschools in underserved communities and the Bezos Earth Fund works to reverse climate change. Blue Origin is a privately-funded aerospace manufacturer and sub-orbital flight company that Bezos founded in 2000. Its goal is to make space less expensive and more reliable through use of reusable rockets.

In 2013 Bezos purchased the Post from its longtime owners, the Graham family, for $250 million.

Amazon also announced the design and location of its new East Coast headquarters, which is slated to be built in Arlington, Va., just across the Potomac River from Washington, D.C. and within sight of the Pentagon.