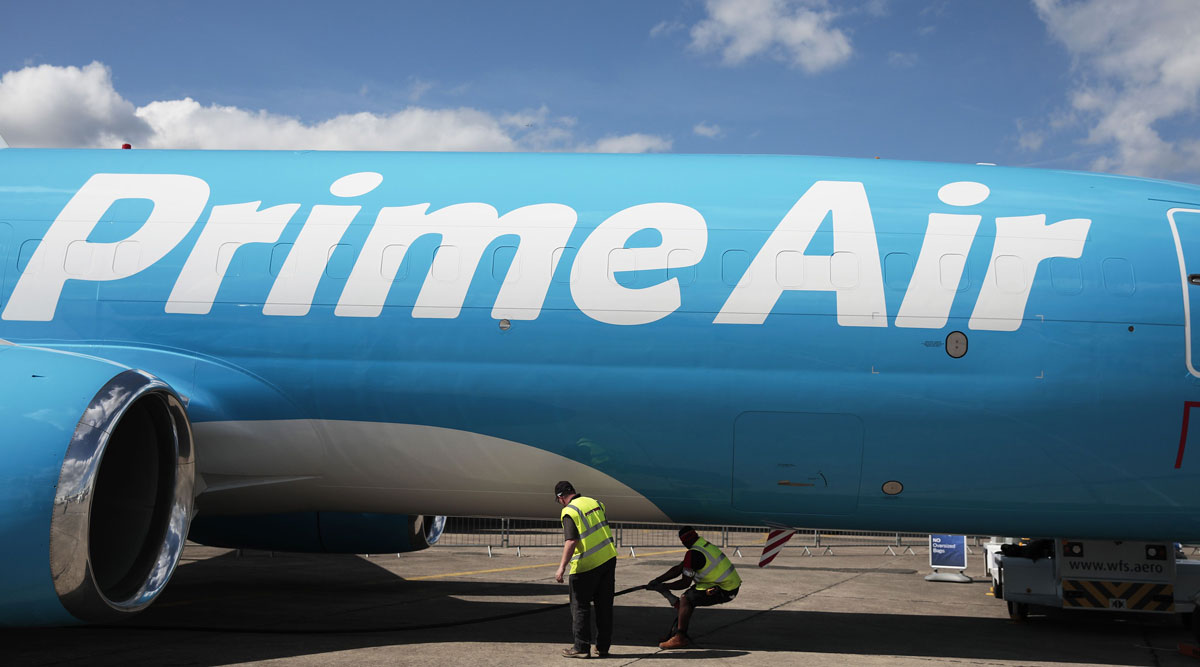 Amazon.com Inc. will buy an aviation fuel blend made from used fats, oils and greases over the next 12 months as it searches for ways to reduce the greenhouse gas emissions of its growing air cargo operations.

The deal for up to 6 million gallons, announced July 8 with oil giant Shell and sustainable aviation fuels producer World Energy — the only operating U.S. producer of such fuels — is significant in a still-nascent industry. But supply constraints, costs and pandemic-driven turmoil in aviation leave plenty of questions about whether sustainable fuels will make a meaningful impact on the global climate equation anytime soon.

Aviation produced about 2% of all human-caused greenhouse gas emissions in 2019, according to the Air Transport Action Group, an industry association.

Amazon doesn’t break out emissions specifically from its air cargo operations. The company counted nearly 5.6 million metric tons of emissions from burning fossil fuels last year, about 10% of its total corporate carbon footprint. Amazon last month disclosed its 2019 greenhouse gas emissions increased 15% from 2018, though the company focuses on its emissions per dollar of gross merchandise revenue, which decreased 5%.

Even as it grows its airplane fleet to 80 jets and expands air cargo hubs, Amazon has said it expects air transportation “to be a smaller and smaller percentage of our delivery volume.” The company asserts that its move last year toward one-day shipping for Prime customers leads to lower carbon emissions because merchandise must be staged closer to customers to facilitate faster delivery, rather than being flown in from warehouses farther away.

Air transportation remains one of the most challenging things to decarbonize.

“Development of more efficient air cargo solutions is critical to achieving our goal of net-zero carbon across Amazon by 2040,” said Sarah Rhoads, vice president of Amazon Global Air, in a blog post announcing the fuel deal.

Amazon tested the fuel blend — which is 70% conventional jet fuel and 30% sustainable aviation fuel (SAF) — on two cargo flights out of Seattle in February. It is expected to reduce greenhouse gas emissions 20% compared to an equivalent amount of conventional jet fuel, Amazon said. A Shell spokesperson described the Amazon deal as the company’s largest physical delivery of SAF.

Amazon wouldn’t say how many gallons of jet fuel it uses each year. In its announcement, the company positioned the deal as “building confidence in the sustainable fuel industry” and encouraged others to join it. Amazon has used its size to drive demand for other emerging low-carbon technologies, such as electric delivery vans.

But Amazon is the new arrival on the sustainable aviation fuels scene.

Bruce Comer, managing director at investment banking and advisory firm Ocean Park, which focuses on renewable energy, counts sustainable fuels announcements from more than 40 airlines in the last decade. The Port of Seattle in late 2017 adopted a goal to have 10% of jet fuel available at Seattle-Tacoma International Airport be produced locally using sustainable sources by 2028, and 25% by 2035. 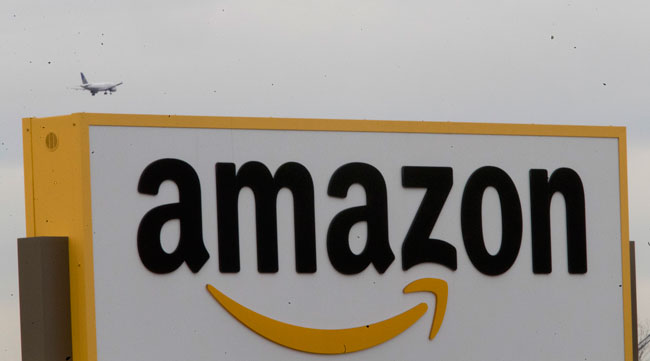 An airplane flies over the Amazon sign at a fulfillment center in Staten Island, N.Y. (Mary Altaffer/Associated Press)

Last year, some 2.4 million gallons of unblended SAF were produced and used in the U.S., Comer said. Amazon’s deal is “relatively big news in what is SAF’s small pond,” he said.

But that pond is poised to grow, provided supply can keep up.

Professor Michael Wolcott, an expert in sustainable aviation fuels at Washington State University, said he and a colleague spoke to Amazon representatives less than a year ago who were just learning about SAF. He was surprised by the speed with which the company moved from there to its first SAF purchase.

“I was encouraged to see Amazon’s commitment to this area, and would hope it won’t stop here,” he said. “We’re really in the early stages of sustainable aviation fuels.”

The broader aviation industry is sorting out specifics of its goal to hold net greenhouse gas emissions in 2035 to 2020 levels. While work on the industrywide emissions reductions plan advances, the coronavirus pandemic’s impact on air travel demand brings substantial uncertainty.

A beleaguered industry may find itself less willing or able to invest in lower-carbon alternatives, absent a policy mandate. Comer’s analysis found the estimated cost of producing a gallon of sustainable aviation fuel in April was $3.79, while a gallon of jet fuel was priced at 73 cents.

More than half of the SAF cost is for the feedstocks, used oils, greases and fats that are the most cost effective and already see heavy demand from other sustainable fuel producers — mainly diesel substitutes for ground transportation.

Researchers and entrepreneurs are developing technologies, processing plants and supply chains for other feedstocks, including municipal solid waste — which will be processed by a plant under construction in Nevada — and logging slash — set to be used by a plant going up in Oregon.

These new plants, and purchase agreements for their output, are critical as the industry tries to scale up from modeling and lab tests to real-world operations, Wolcott said.

“What we’re seeing is a number of approaches with various advantages and disadvantages associated with them,” he said.