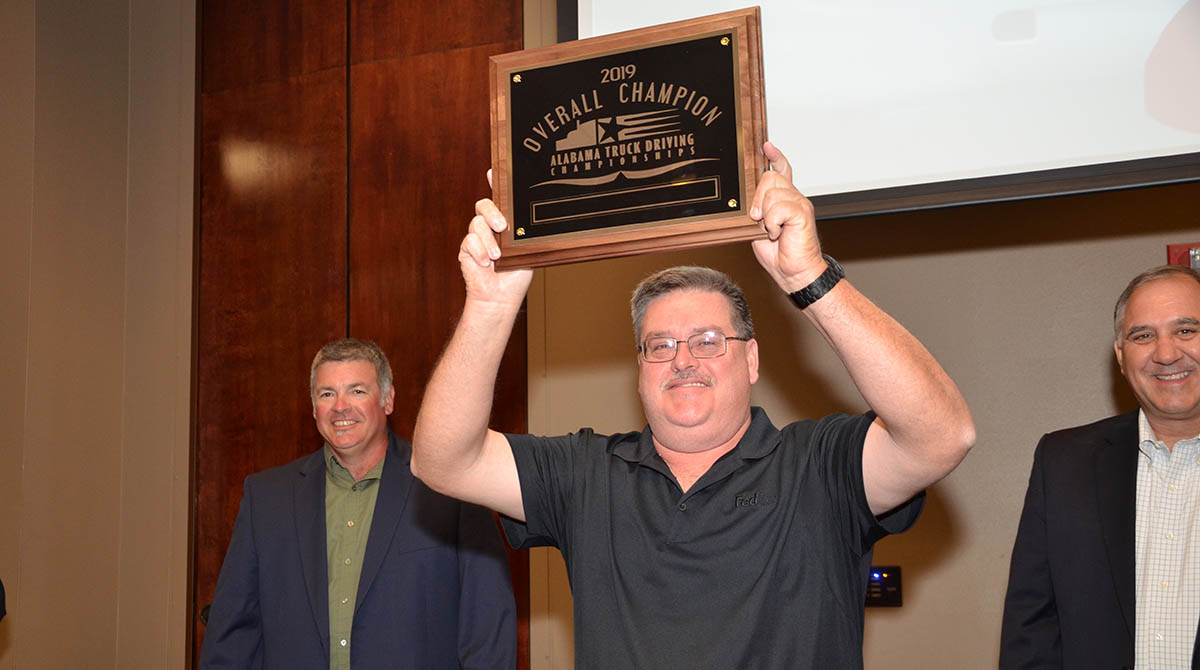 David Hawk is taking his driving skills from Pelham to Pittsburgh.

"This was my first year in 3-axle," Hawk said. "I won Straight Truck the previous two years."

His state-level victories earned him trips to the NTDC in Orlando, Fla., in 2017 and Columbus, Ohio, last year. Not a bad way to see the country for someone "who doesn't get out of Alabama much unless it's driving for FedEx," he said.

For Hawk, winning was a matter of commitment.

"I worked really hard and put a lot of practice into it," he said, adding that the competitive edge can be razor thin. "Even in a new class, we're all within inches of each other."

As much effort is put into the "back room" portion of the competition, when drivers are given written exams and perform pre-trip inspections, as is devoted to navigating the rig around the driving course.

Learning is a vital aspect of competing at the NTDC level, too, Hawk said.

"Enjoy it. Absorb it," Hawk said of the biggest takeaways one can have from NTDC. "You get a lot of information at nationals you can bring back to state."

Hawk’s victory paced a parade of five winners by FedEx Freight. AAA Cooper Transportation had two winning drivers, and UPS Freight and YRC Freight one each.

5-Axle winner Alphonso Lewis, a driver for YRC Freight and former America's Road Team captain, is no stranger to the winner’s circle, or the big stage — he was 2007 NTDC Grand Champion. America's Road Team is a program operated by American Trucking Associations.

Some 97 drivers, aided by more than 60 volunteers, were cheered on in the two-day event that showcased the finest truck drivers in Alabama.