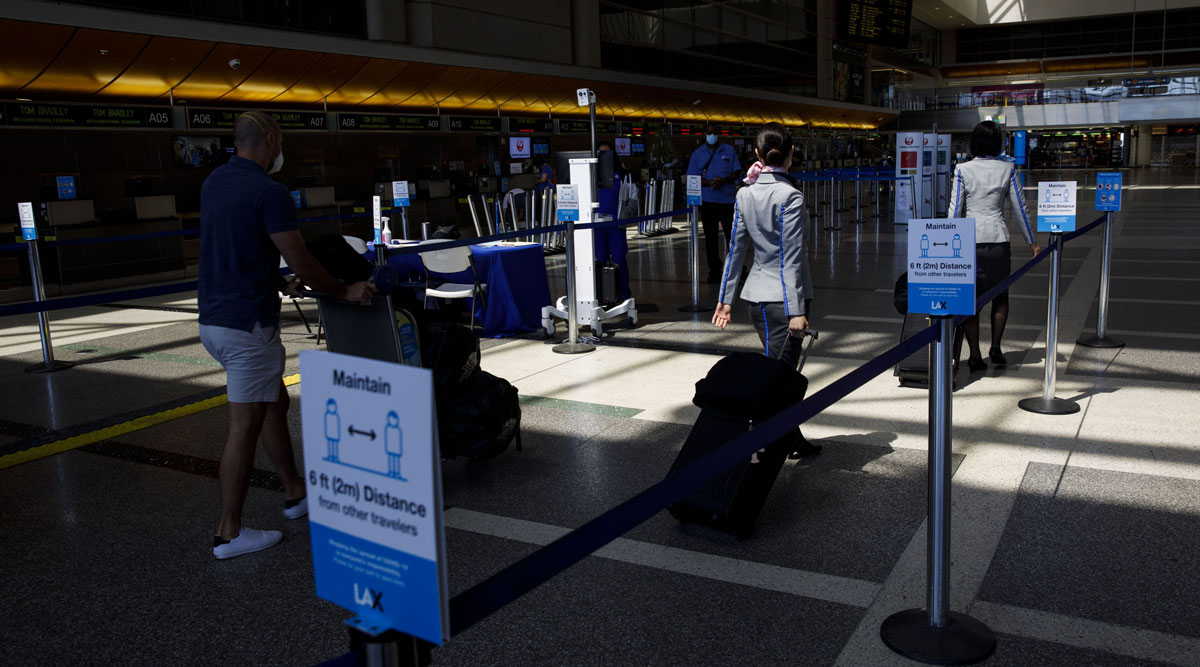 Global airlines are pledging their brands, loyalty programs and aircraft as collateral to secure more funds in the debt markets as the coronavirus pandemic continues to batter the sector.

Alaska Air Group Inc. said last week it plans to use its customer mileage plan as collateral to tap U.S. government-backed financing. Other carriers putting assets to work as they raise funding include American Airlines Group Inc., which is borrowing against its brand in a $1.2 billion deal with Goldman Sachs Group Inc., and Singapore Airlines Ltd, which has raised loans secured by some of its Airbuses and Boeings.

The coronavirus pandemic forced carriers to be inventive as they bolster their coffers to weather a long recovery process for the travel industry. Airlines have already tapped $49 billion from loan issuance, as well as $47 billion from bond sales, in the course of 2020, a record year for the industry.

Secured loans have jumped to $21 billion so far this year, almost triple 2019’s full-year figure. Secured bonds reached a record high of $13 billion, more than doubling from 2019’s full-year issuance, according to data compiled by Bloomberg. 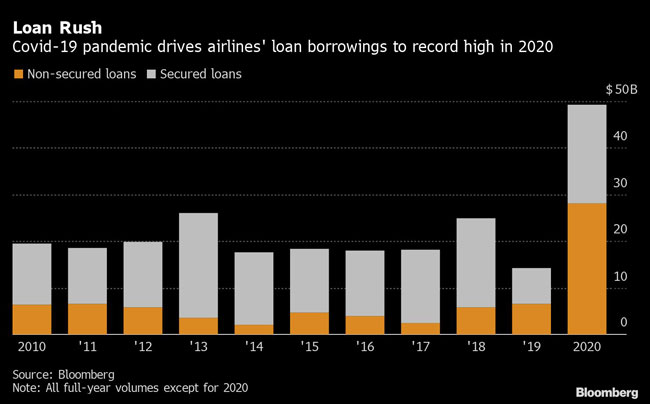 The deal for American Airlines includes $1 billion of issuance secured by a first lien on certain intellectual property, including its “American Airlines” trademark and “aa.com” website domain name. The other $200 million will be backed by collateral including slots at domestic airports. The airline had earlier issued bonds and loans to help it ride out the pandemic.

United Airlines sold $6.8 billion of debt in June backed by its frequent-flyer program, setting a precedent for more to come. Alaska Air said on its earnings call last week that it’s planning to raise structured financing backed by its own loyalty program, which is worth at least $5 billion.

JetBlue Airways Corp. pledged slots at major airports serving New York, such as JFK and LaGuardia, as well as its JetBlue brand, when it marketed a loan deal in June.

US Airlines Warn of Weakening Demand Ahead of Holiday Travel