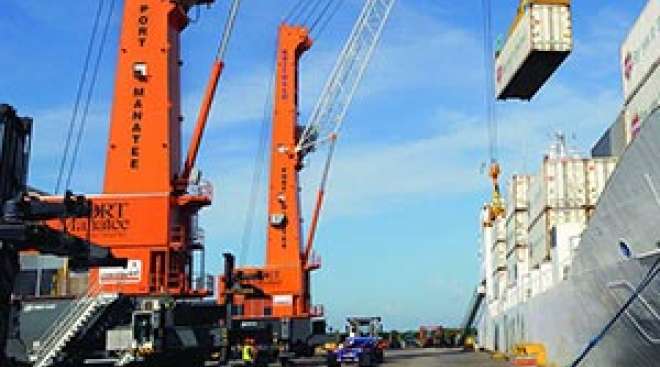 A Port Manatee trade executive has returned from ceremonies marking the expansion of the Panama Canal, saying he is optimistic that the expansion will reap big benefits for the port.

The first vessel transited the expanded canal June 26. Officials tout Port Manatee as the closest U.S. deepwater seaport to the canal. The port cannot handle the huge new Panamax ships the canal was expanded to accommodate. But cargo will be moved from those giant ships to smaller vessels, and Port Manatee expects to see more of that business.

“In particular, we anticipate benefiting from calls of feeder vessels that bring containers from Asia via transshipment hubs on the Atlantic/Gulf side of the expanded canal," Appice said. "This should translate to additional jobs and other economic benefits for Manatee County and beyond.”

“These senior officials shared in enthusiasm for tremendous positive impacts this momentous expansion will have," Appice said, "including for significantly increased transshipped container volumes through ports such as Port Manatee.”

Prospects for increased commerce generated by the Panama Canal expansion, as well as the potential for ferry service with a post-embargo Cuba, are among developments cited in a comprehensive master plan update accepted June 16 by the Manatee County Port Authority.

The report projects cargo volume through Port Manatee will more than double over the next 10 years.

The port generates more than $2.3 billion in annual economic impact for the local community, its officials say, while supporting more than 24,000 jobs.