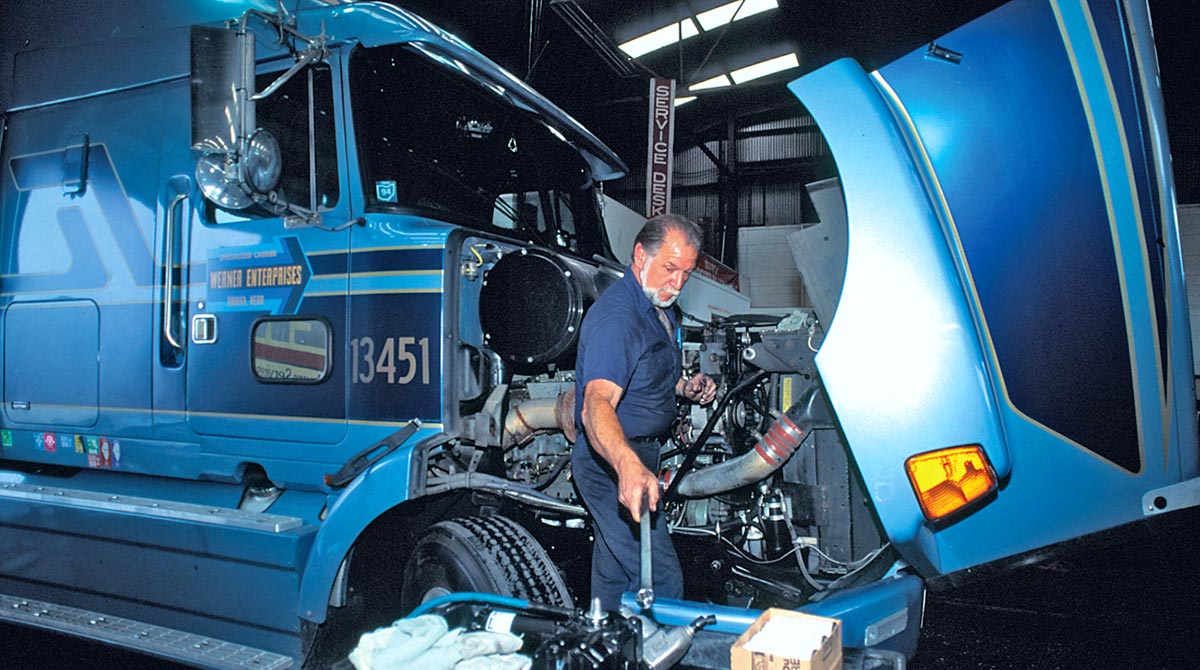 Palmer Township, Pa., planners signed off on a conditional use application for a truck maintenance and training facility in the northern end of the township after six meetings on the project.

The Werner Enterprises, a Nebraska-based trucking company, first presented the idea for a trucking facility in Palmer Township near the Route 33 interchange in November 2015. The proposal, which originally called for a three story building and a truck driving school for inexperienced drivers at 1470 Tatamy Road, garnered opposition from nearby Palmer and Tatamy residents who packed public meetings to oppose it.

Werner ranks No. 15 on the Transport Topics Top 100 list of the largest U.S. and Canadian for-hire carriers.

In February, Werner changed plans so that only drivers who already had their commercial driver’s licenses would train at the facility, reduced the building height by one floor, and purchased more land to move the exit from Tatamy Road to Newlins Mill Road to reduce the impact on nearby residential areas. Nearby residents attended the meeting July 11 to express concerns about pollution, truck traffic and safety.

Nonetheless, Planning Commission members unanimously recommended a conditional use permit for the project Tuesday, which moves to the township’s board of supervisors. Werner will have to go back before both boards again to present their land development plans.

That would be the time to address concerns about pollution, fumes and noise, commissioners said.

“This conditional use process is the first little baby step in a long process that we have to be before Palmer Township for,” said Werner attorney Joe Fitzpatrick.

Board members noted that Werner revised the original plans after hearing from township officials and residents.

“I think that they have made a lot of changes to this site because of a lot of the concerns the public had as far as the use of Tatamy Road,” said commissioner Robert Lammi. “What we wanted to see was they would keep it internal to the (zoning) district in that area, which has something like this as part of that district.”

Members of the roughly 30-person audience seemed unhappy about the decision.

“I think you should just reject the project and let them go somewhere else .... say you don’t want it in our township, period, and get lost,” said audience member Richard Karp “Cancel the project, deny it, don’t approve it, throw it out.”

Since Werner’s plans changed, Palmer planners twice tabled a decision on the proposal for a facility that would be used to train drivers and for routine truck maintenance, which township officials say requires conditional use approval.

Werner’s plans for the roughly 50-acre property at 1470 Tatamy Road include a 67,000 square-foot, two-story building where it would train company drivers with commercial licenses and do routine maintenance on vehicles. Drivers could shower in the facility but would have to sleep in their trucks, not in the building. There also would be enough parking for about 200 trucks and employees’ cars.

Driver training would be done on simulators or in classrooms.

Prior to the commission’s vote, Werner and the township agreed that the company would rehabilitate or reconstruct roughly 2,000 feet of Newlins Mill Road, that any improvements along Newlins Mill and Tatamy roads would be deferred until other adjacent development occurs, and that Werner would make a cash contribution to a future traffic signal at the intersection of Van Buren and Hollo roads.

Werner expects 35 trucks in and out of the facility each day — the same amount of traffic the company’s Upper Macungie Township facility generates — but said that number could grow over several years. They estimated it could grow to 50 in five years.

•Facility would be a 67,000 square-foot, two-story building where Werner would train company drivers with commercial licenses and do routine maintenance on their vehicles and offer amenities such as showers. Drivers couldn’t sleep in the building but could rest in their trucks in the parking lot.

•Parking lot would have spaces for nearly 200 trucks and employees’ cars. Werner officials expect 35 trucks in and out each day, with that amount climbing over several years.

•Vehicles would enter and exit on Newlins Mill Drive.