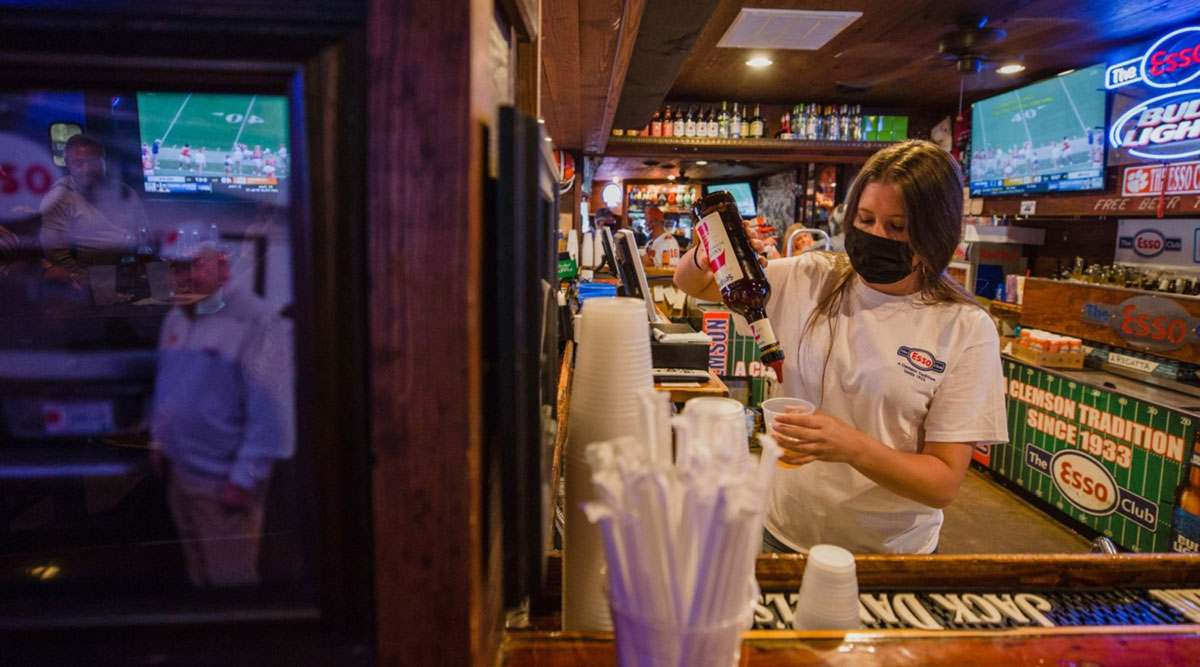 A bartender prepares a drink at a restaurant in Clemson, S.C., during Clemson University's first home football game.

U.S. companies added 749,000 jobs in September, a private report showed, indicating the labor market’s gradual rebound is continuing as demand rises from the depths of the coronavirus pandemic.

Businesses’ payrolls increased after an upwardly revised 481,000 rise in August, according to ADP Research Institute data released Sept. 30. The median projection in a Bloomberg survey of economists called for a 649,000 gain in September.

While the gain could be viewed as good news for a labor market as businesses continue to hire in industries where demand is growing, ADP’s measure of private employment is still more than 10 million below its pre-pandemic level. The persistent spread of the coronavirus remains a challenge, while a stalemate over federal aid for businesses and the unemployed is limiting momentum in the economy. 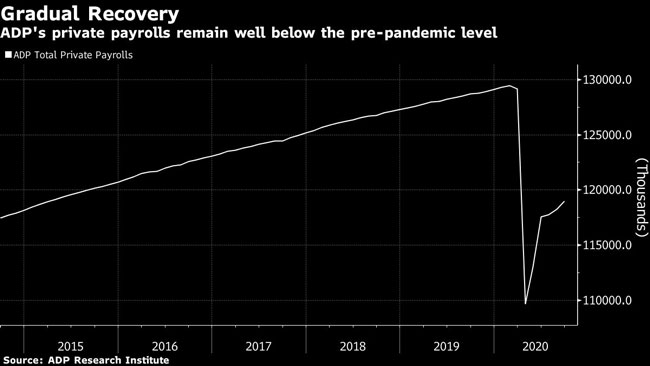 Sustaining the economic rebound depends on the extent to which the government controls the spread of the coronavirus and also on whether lawmakers break their logjam over passing additional government aid. Virus fatalities in the U.S. surpassed 200,000 this month, and Walt Disney Co.’s announcement Sept. 29 that it’s slashing 28,000 workers in its resort business points to persistent issues for travel and tourism firms as long as the pandemic rages.

“The labor market continues to recover gradually,” Ahu Yildirmaz, vice president and co-head of the ADP Research Institute, said in a statement.

U.S. stocks climbed at the open on Sept. 30 as lawmakers and the White House appeared closer to reaching a fiscal stimulus deal.

The ADP data precede the Oct. 2 monthly jobs report from the federal government — the last round of data prior to the November election — which economists forecast will show that private payrolls increased by 875,000 in September after a 1.03 million gain in August. ADP’s figures have diverged widely from the government’s data in recent months.

Payrolls at small businesses increased by 192,000 last month, while medium-size businesses gained 259,000 jobs, according to the ADP report. At large firms, on the other hand, payrolls climbed 297,000. ADP’s data has shown that the biggest job gains in recent months have come from firms employing more than 500 workers. 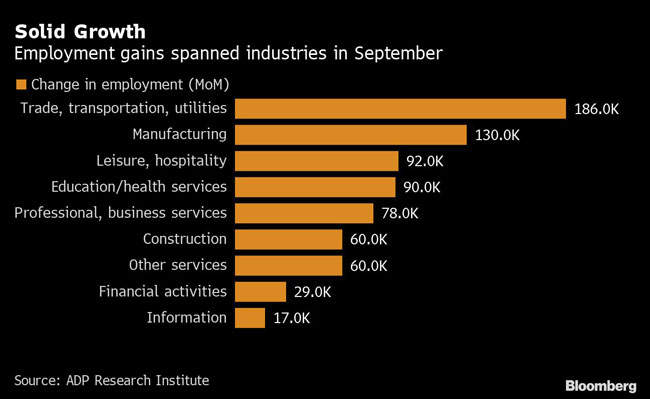 Service-provider employment increased 552,000 in September, reflecting gains in trade, transportation and utilities as well as health care and social assistance, according to ADP. Payrolls at goods producers rose 196,000 last month, including 130,000 in manufacturing and 60,000 in construction.

A Record 4.4 Million Americans Quit Their Jobs in September