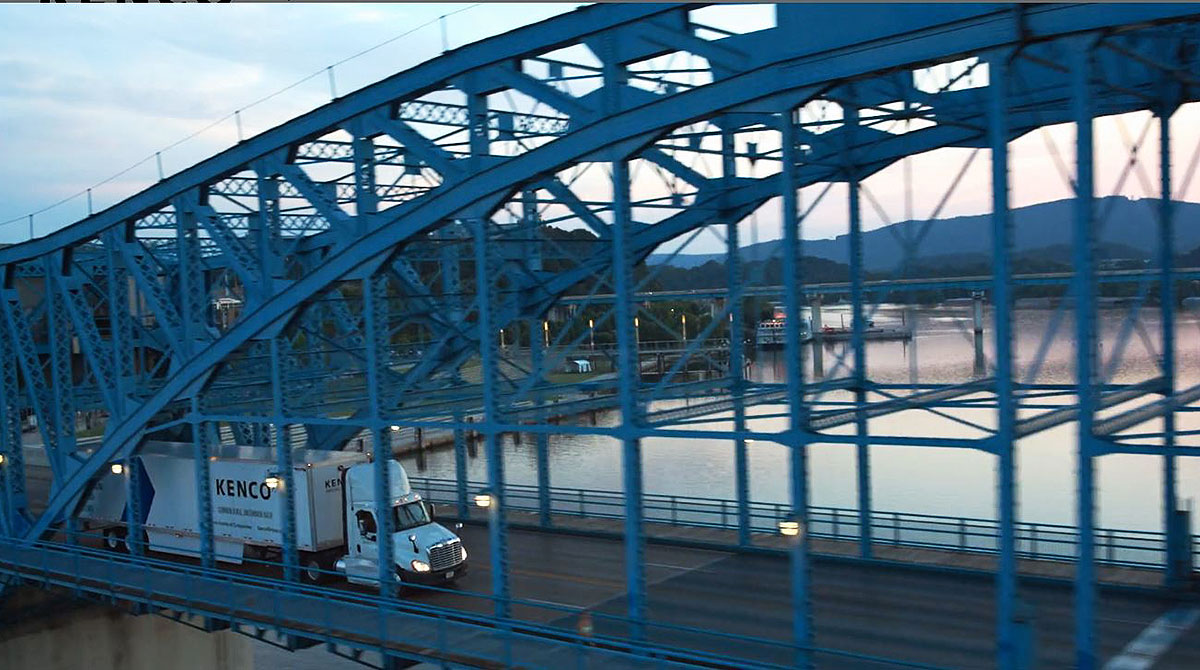 Logistics giant Kenco has started offering “white glove” home delivery of merchandise for some of its business customers in five areas of the country, including Chattanooga, Tenn., with plans to expand the service.

“Because of our warehousing and logistics footprint, it was a great natural extension to move into this space,” said Mike McClelland, Kenco’s senior vice president of transportation. “Kenco’s culture is being an innovator in the marketplace.”

In 2018, #ecommerce furniture and home good sales were expected to exceed $50 billion and to represent one of the fastest growing product categories. Find out how this affects #WhiteGlove service providers in our latest blog post : https://t.co/tunBry7D5m pic.twitter.com/EwVmIyOJ32

The service is built on Kenco’s years of business customer relationships, according to the company that calls itself the largest woman-owned third-party logistics venture in the United States.

McClelland said the service already has staffed 225 to 250 people working in facilities and as managers and drivers.

“We’ve just now begun to invest in it and build infrastructure around it,” he said.

The move is part of an expansion of the company’s transportation services to meet demands of its business customers, according to Kenco. Plans are to add more employees for such services as transportation management, freight audit and payment, and brokerage, officials said.

Kenco CEO Denis Reilly said that expanding in the transportation area is a key element of delivering a suite of solutions to customers.

“With customer-oriented teams of industry experts, best-in-class technology and a strong infrastructure, Kenco works with our customers to optimize their supply chains through our transportation management team as well as helping with day-to-day capacity,” Reilly said about privately held Kenco, which has 5,000 employees companywide and about 700 in Chattanooga.

The white glove service centers are operating, in addition to Chattanooga, in Allentown, Pa., Portland, Ore., Denver and Orlando, Fla.

Expansion to other cities depends on where its customers need the service, McClelland said.

He said that the Kenco team is an extension of the businesses it serves. For example, McClelland said, its delivery people wear shirts with the logo of its customers, which Kenco declined to identify.

“The driver will be wearing logo shirts and have the customer’s logo on the trucks,” he said.

In addition to delivery, the Kenco service often will provide setup, McClelland said, noting that oftentimes goods are part of a home- and Wi-Fi-enabled ecosystem.

“They need to have the mechanical ability and technological ability to test it and make it functioning in the home Wi-Fi system,” he said.

Also, if there’s a problem with an item, Kenco will swap out products and return the original to its processing center and then to its customer’s facility, McClelland said.

In addition, he said, Kenco teams carry tablets on which they take photos during the installation process. They have the ability to communicate with the customer service center if questions arise.

“They can talk to a technician and show them,” McClelland said.

Also, the team surveys those to whom it makes deliveries, including a question on whether delivery was made on time, he said.

McClelland said Kenco has a 98.7 on-time rate so far.

He said the company also makes deliveries to businesses as well as homes.

Kenco, McClelland said, also is inserting its history of innovation into the service, such as providing a motorized dolly that can take goods up stairs.

“We test it out in our innovation lab,” McClelland said.

Kenco Group ranks No. 32 on the Transport Topics Top 50 list of the largest logistics companies in North America.