36 Million Have Sought US Unemployment Aid Since Virus Hit 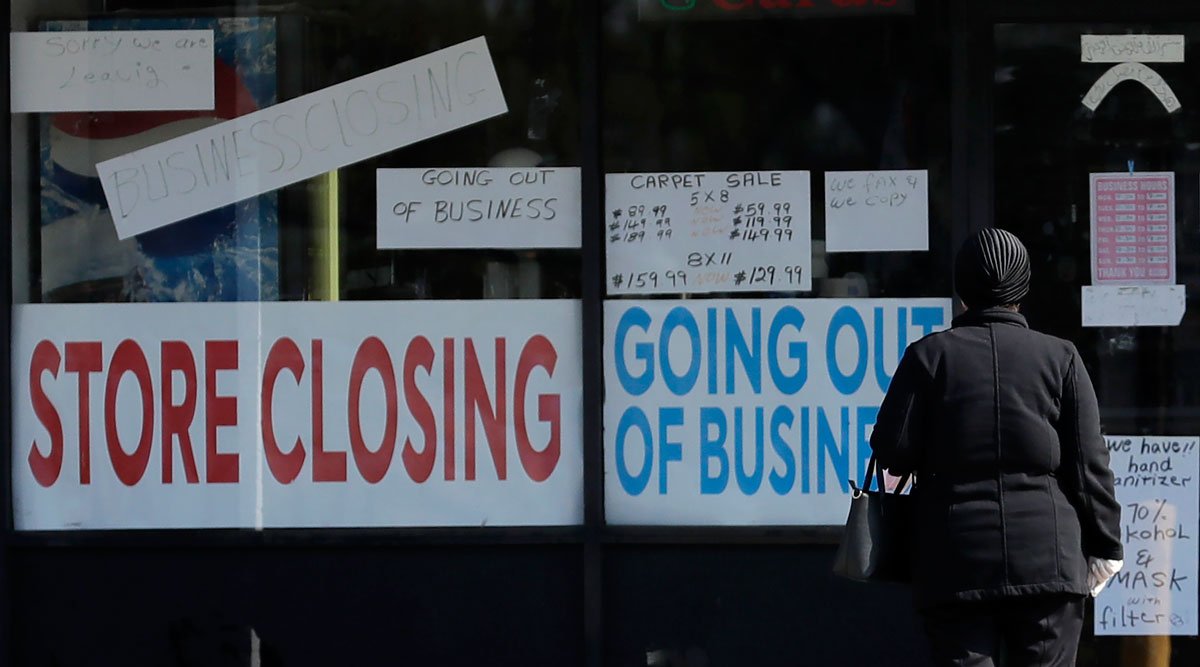 WASHINGTON — Nearly 3 million laid-off workers applied for U.S. unemployment benefits last week as the viral outbreak led more companies to slash jobs even though most states have begun to let some businesses reopen under certain restrictions.

The wave of layoffs may not subside until Congress can agree on providing rescue aid for financially desperate state and local governments as well as further help for households. Republicans and the Trump administration are locked in a standoff with Democrats, who have proposed trillions more in aid beyond the nearly $3 trillion already allocated to individuals and businesses. Republican leaders say they want to first see how previous aid affects the economy and have expressed skepticism about approving much more spending now.

Roughly 36 million people have now filed for jobless aid in the two months since the coronavirus first forced millions of businesses to close their doors and shrink their workforces, the Labor Department said May 14. An additional 842,000 people applied for aid last week through a separate federal program set up for the self-employed and gig workers.

All told, the figures point to a job market gripped by its worst crisis in decades and an economy that is sinking into a severe downturn. The report suggests the tentative reopening of some businesses in many states has done little to reverse the flow of mass layoffs. Last week’s pace of new applications for aid is four times the record high that prevailed before the coronavirus struck hard in March.

Jobless workers in some states are still reporting difficulty applying for or receiving benefits. These include freelance, gig and self-employed workers, who became newly eligible for jobless aid this year.

In Georgia, one of the first states to partially reopen its economy, the number of unemployment claims rose last week to 241,000. In Florida, which has allowed restaurants to reopen at one-quarter capacity, claims jumped to nearly 222,000, though that state’s unemployment agency has struggled to process claims. Other states that have lifted some restrictions, such as South Carolina and Texas, reported large declines in claims.

President Donald Trump appeared to respond to the report by tweeting, “Good numbers coming out of States that are opening. America is getting its life back!”

The latest jobless claims follow a devastating jobs report last week. The government said the unemployment rate soared to 14.7% in April, the highest rate since the Great Depression, and employers shed a stunning 20.5 million jobs. A decade’s worth of job growth was wiped out in a single month.

Even those figures failed to capture the full scale of the damage. The government said many workers in April were counted as employed but absent from work but should have been counted as temporarily unemployed.

Millions of other laid-off workers didn’t look for a new job in April, likely discouraged by their prospects in a mostly shuttered economy, and weren’t included, either. If all those people had been counted as unemployed, the jobless rate would have reached nearly 24%.

Most economists have forecast that the official unemployment rate could hit 18% or higher in May before potentially declining by summer.

The job market’s collapse has occurred with dizzying speed. As recently as February, the unemployment rate was 3.5%, a half-century low. Employers had added jobs for more than nine years — a record. Even in March, unemployment was just 4.4%.

Now, with few Americans shopping, traveling, eating out or otherwise spending normally, economists are projecting that the gross domestic product — the broadest gauge of economic activity — is shrinking in the April-June quarter at a roughly 40% annual rate. That would be the deepest quarterly contraction on record.

The states that are now easing lockdowns are doing so in varied ways. Ohio has permitted warehouses, most offices, factories, and construction companies to reopen, but restaurants and bars remain closed for indoor sit-down service.

A handful of states have gone further, including Georgia, which has opened barber shops, bowling alleys, tattoo parlors and gyms. South Carolina has reopened beach hotels, and Texas has reopened shopping malls.

Data from private firms suggest that some previously laid-off workers have started to return to small businesses in those states, though the number of applications for unemployment benefits remains high. 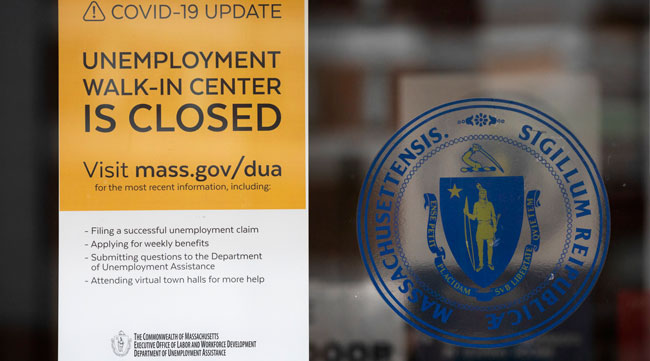 A sign announces the closure of the Massachusetts Unemployment Office on May 9. (Michael Dwyer/Associated Press)

Few analysts expect a quick rebound. Federal Reserve Chairman Jerome Powell warned May 13 that the virus-induced recession could turn into a prolonged downturn that would erode workers’ skills and employment connections while bankrupting many small businesses. Powell urged Congress and the White House to consider additional spending and tax measures to help small businesses and households avoid bankruptcy.

Powell spoke a day after House Speaker Nancy Pelosi, a California Democrat, proposed a $3 trillion aid package that would direct money to state and local governments, households and health-care workers.

Trump is applauding the moves to reopen states’ economies in hopes of reducing unemployment. So far, there is limited evidence on how that is working.

Homebase, a software company that provides time-clock technology to small businesses, has tracked how many employees have clocked in and for how many hours since the pandemic struck. Though Homebase’s data suggests that some people have returned to work in states that have partially reopened, it’s unclear how sustainable that trend can be unless many more customers return. All states remain far below their pre-virus employment levels.

In Georgia, which began reopening in late April, the number of people working at small businesses on May 12 was down 37% compared with the beginning of March, according to Homebase’s data. That is an improvement from mid-April, when the number of employees working had fallen by half.

In New York, which remains mostly shut down, employment at small businesses is down 63% as of May 12, only slightly better than in mid-April.