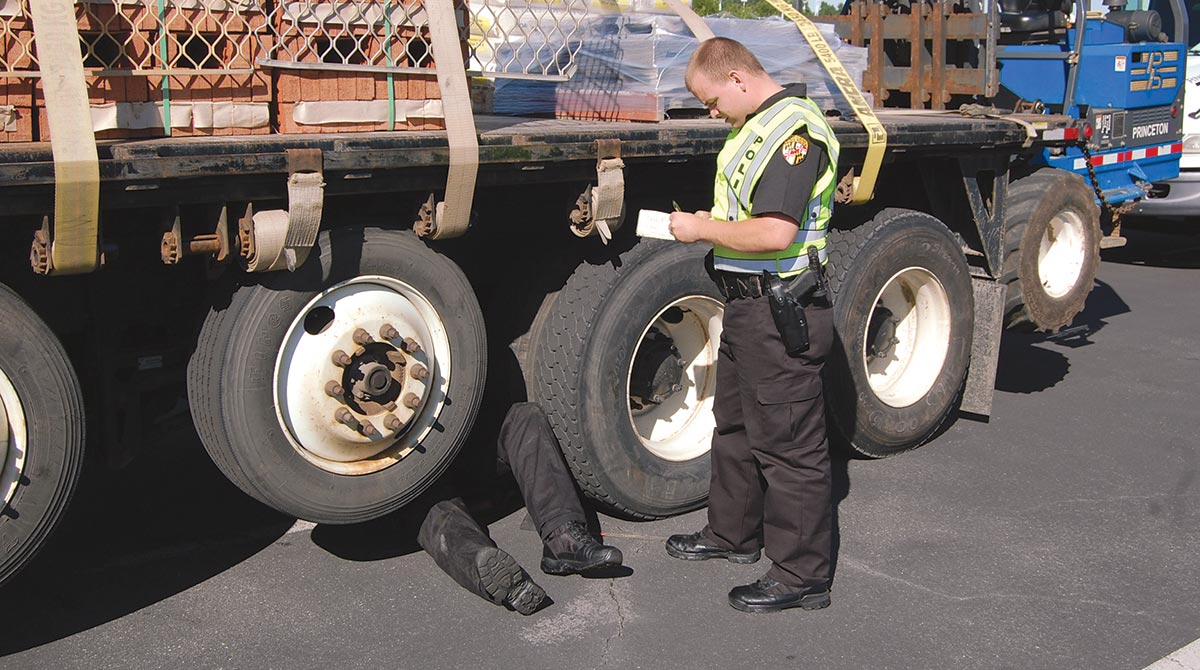 Nearly eight out of 10 large trucks and buses did not have any critical violations during an unannounced special brake inspection day across the United States and Canada earlier this year, the Commercial Vehicle Safety Alliance announced on July 12.

Brake-related violations make up the largest percentage of all out-of-service violations cited during roadside inspections, and improperly installed or poorly maintained brake systems can reduce the braking capability and increase stopping distances of trucks and buses, posing a serious risk to driver and public safety, according to CVSA.

A total of 43 jurisdictions participated in the enforcement event — 33 states and 10 Canadian provinces or territories.

• 4,635 air-braked trucks and tractors were identified as requiring antilock braking systems, but only 8% had ABS violations.

• 3,222 trailers were identified as requiring ABS, with 15% being cited for ABS violations.

The next Brake Safety Day event will take place on Sept. 7 at participating jurisdictions throughout Canada, Mexico and the United States, according to CVSA.

Brake Safety Day is sponsored by CVSA in partnership with the Canadian Council of Motor Transport Administrators and the U.S. Department of Transportation’s Federal Motor Carrier Safety Administration.