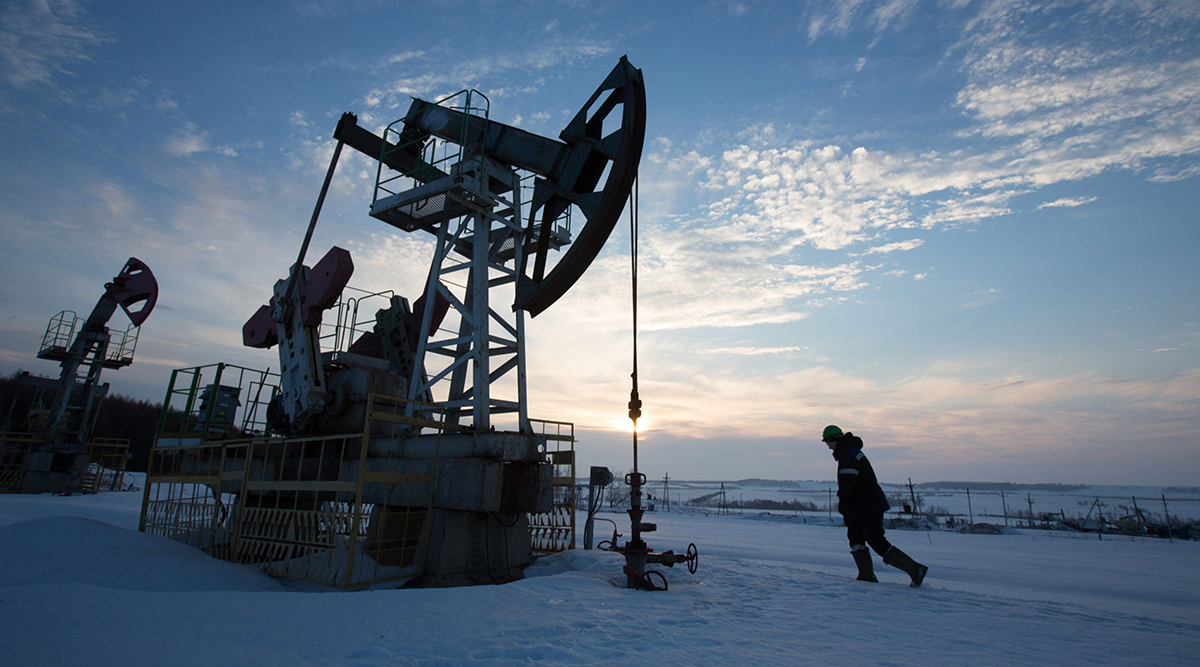 Oil extended gains after the close as a decision by the U.S. and other major economies to release emergency stockpiles failed to ease concerns of a major shortfall in supplies as sanctions mount on Russia.

West Texas Intermediate futures in New York traded above $106 after settling at $103.41 a barrel on March 1. The International Energy Agency agreed to deploy 60 million barrels from stockpiles around the world, which amounts to less than six days of Russian output. Financial sanctions against Russia continue to mount, raising the specter of a major global supply disruption.

The invasion of Ukraine has upended commodity markets from oil to natural gas and wheat, piling inflationary pressure on governments. Commodity prices soared the most since 2009, with the Bloomberg Commodity Spot Index, which tracks 23 futures contracts, climbing 4.1% on March 1. 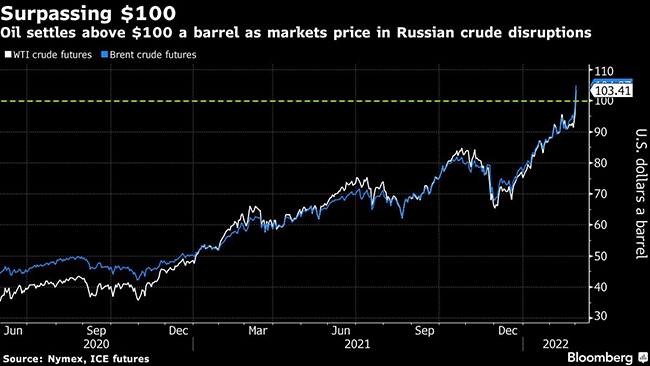 “We are quite afraid that we are going to lose supply from Russia,” said Bart Melek, head of commodity strategy at TD Securities. “The release from strategic reserves does not seem to be enough.”

The rally was further strengthened by options positioning. As prices blew past key levels like $100, where traders had amassed bullish positions, banks that sold those contracts found themselves exposed. As banks are forced to buy futures to cover their risk, the rally snowballs.

While the U.S. and Europe have so far stopped short of imposing sanctions directly on Russian commodities, the trade in those raw materials is seizing up as banks pull financing and shipping costs surge. Russia is the world’s third-biggest oil producer and, along with Saudi Arabia, an influential member of the OPEC+ alliance.

The industry-funded American Petroleum Institute reported March 1 that U.S. crude supplies decreased 6.1 million barrels last week, according to people familiar with the data. The data also showed stockpiles in Cushing, Okla., the biggest storage hub in the U.S., declined by about 1 million barrels. The U.S. government will release its weekly inventory tally on March 2.

The turmoil sparked by the invasion will bring a new challenge in balancing a tightening market for OPEC+, which meets March 2 to discuss output policy. Delegates said the cartel will probably stick to its plan of only gradually increasing supply. President Vladimir Putin spoke to the leader of the United Arab Emirates ahead of the meeting, while Saudi Arabia said it supports efforts to reduce escalation in Ukraine.