Why Truck Makers Are Skipping Level 3 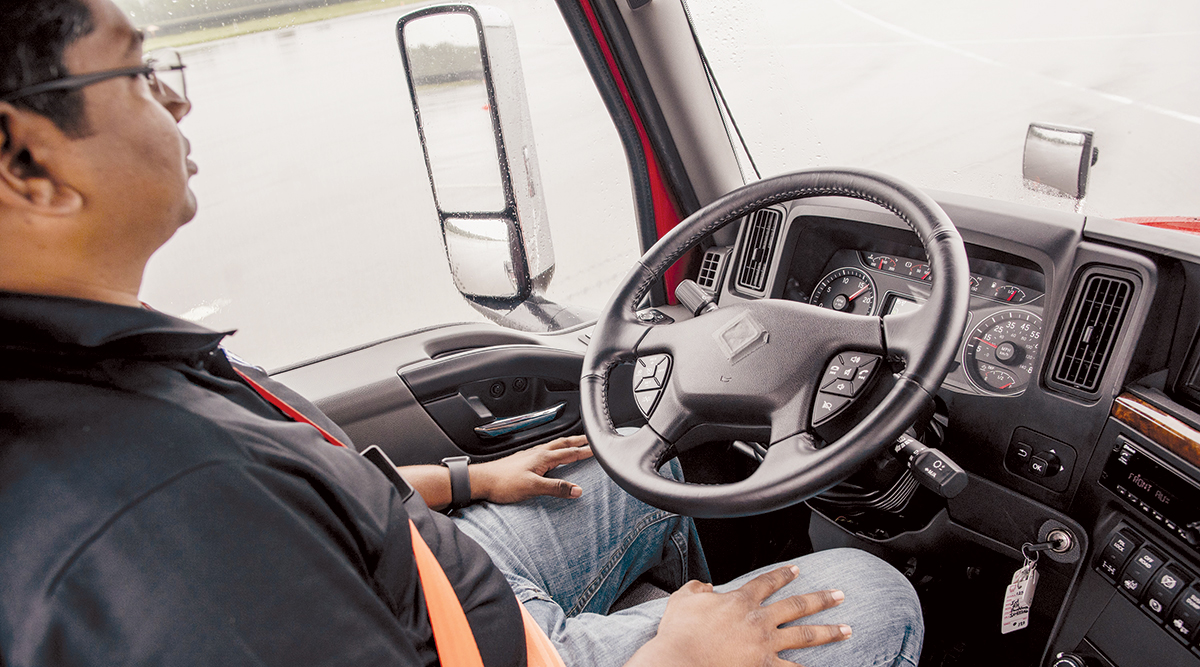 What do the 2009 crash of Air France Flight 447 and a seminal 2012 study by Google on how people interact with self-driving cars have in common?

Both strongly indicate that humans struggle to operate automated vehicles safely in cases where they can disengage from the driving task but must always be ready to assume control when prompted.

When Air France Flight 447 crashed off the coast of Brazil, killing all 228 onboard, investigators said the pilots were unable to resume control of the aircraft in an emergency. Their ultimate failure stemmed largely from overrelying on the aircraft’s autopilot mode, which was otherwise designed to be safer and more reliable than human pilots. The pilots were ill-prepared to take control when prompted to do so.

The 2012 Google study showed that humans are prone to overreliance on cars’ automated driving systems that steer, brake and accelerate autonomously in certain conditions with no human input required, but still require that the driver remain on call to resume control when needed. The study found that test participants placed too much trust in self-driving Lexus prototypes, which fall under the SAE International-defined Level 3 category of automated driving. Instead of remaining on call to take control, drivers climbed into the back seat or otherwise paid little or no attention when the automated driving functions were activated. 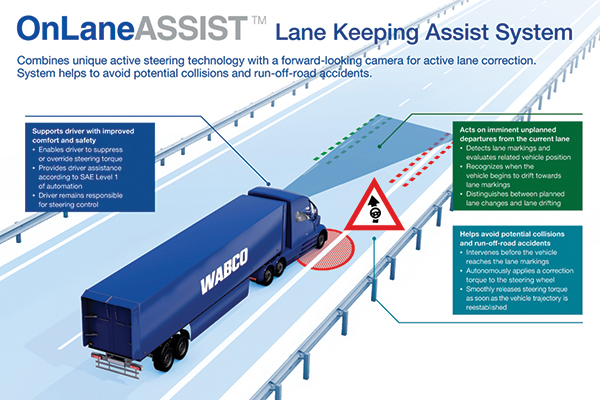 Wabco's OnLaneAssist feature will provide corrective steering to prevent commercial trucks from drifting over lane markings or running off the road. Another major supplier, ZF, has agreed to purchase Wabco for $7.1 billion. ZF expects that transaction to close in early 2020. (Wabco)

In other words, the consensus is that drivers must either remain constantly engaged when in a vehicle with self-driving capabilities, or completely disengaged with no risk of having to assume control of the vehicle on short notice.

Fast forward to 2019, and more than a few commercial truck makers say the industry should skip Level 3 driving and continue developing Level 4 automated trucks that travel autonomously over set routes with no input from the driver required.

“We certainly have strong views on Level 3,” said Darren Gosbee, vice president of advanced engineering at Navistar. “At this particular point, I foresee that we will not pursue a Level 3 system and will go straight to Level 4.” 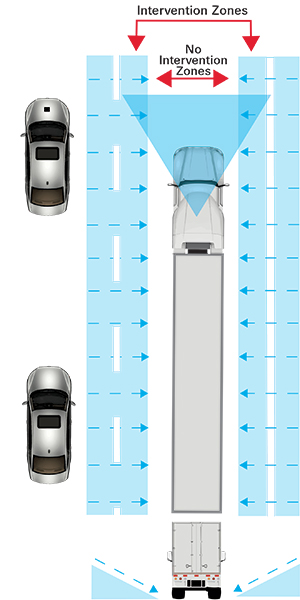 Volvo Trucks continues to develop Level 4 self-driving trucks and has no plans for Level 3, but Anna Wrige Berling, the truck maker’s traffic and product safety director, said she “wouldn’t go as far as saying that Level 3 is a bad idea.”

“Until someone can actually show a safe way of having a Level 3 truck, we are now focusing on Level 2 and Level 4 autonomous driving,” Berling said. “Researchers might [one day] come up with a brilliant solution that makes ­Level 3 safe, but I couldn’t say how right now.”

On an industry scale, Navistar’s Gosbee said he did not expect to see “general deployment” of Level 4 commercial trucks before 2025, adding, “I think there will be specific examples that occur way earlier than that.”

In the meantime, the Level 2 features that Navistar plans to introduce in its commercial trucks “will always require the driver to have eyes on, feet on and hands on,” Gosbee said.