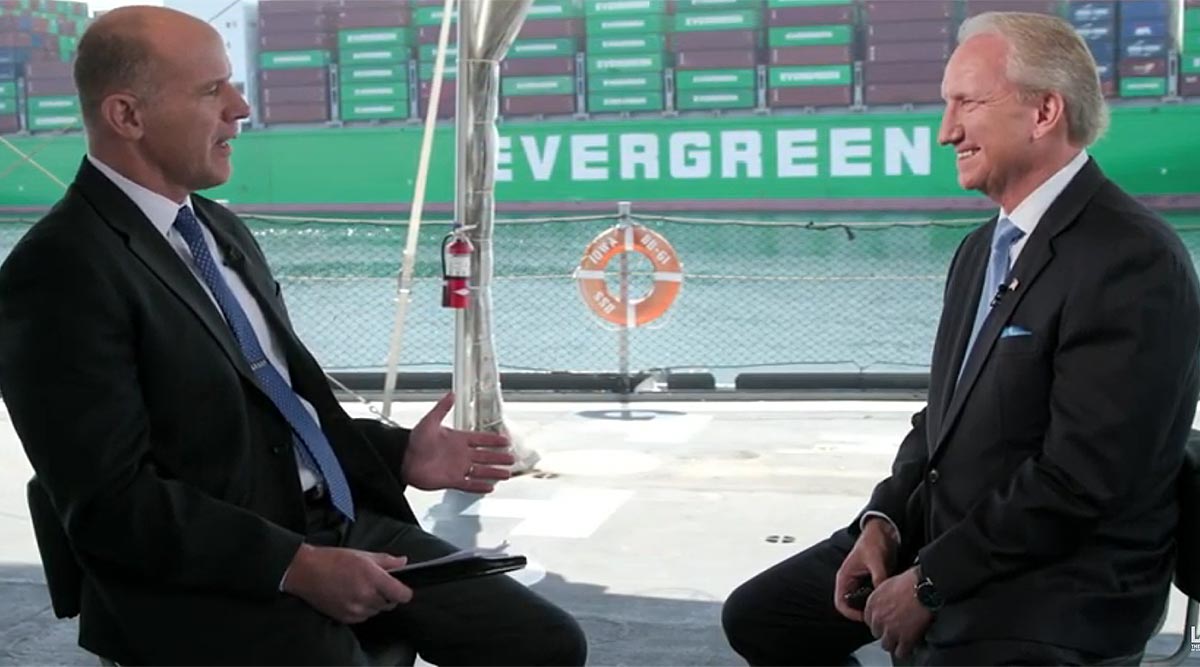 “The administration is watching as closely as it can be watched without being a point of interference, which would not be appropriate,” Stephen Lyons said in a virtual briefing July 13. “Negotiations are at a place where you’d think the negotiation should be at this particular point.”

Labor impasses are spreading across the U.S. logistics network in the busiest months of the year for shipping, as retailers stock up on back-to-school and year-end holiday goods. Dock- and railroad-worker unions are currently negotiating contracts with employers, with the latter threatening to strike as soon as July 18.

Talks between the nation’s largest railroads and workers — which started in January 2020 — are in a 30-day cool-off period after a union rejected a binding mediation offer from the National Mediation Board. Next, the Biden administration could appoint a presidential emergency board to resolve the dispute.

“We’ve got to get these folks some wage increases; we’ve got to address some of these issues,” Lyons said, adding he doesn’t want to get ahead of President Joe Biden as he makes a decision. “We’ll see what happens on [July 17]. But I do think there’s a commitment there.”

Separately, the International Longshore and Warehouse Union and the Pacific Maritime Association, which represents about 70 employers, began discussing a new contract in May and are continuing to do so after their previous pact expired July 1. Officials from the ILWU and the PMA, which represents employers, met with Biden when he visited the Port of Los Angeles in June and have recently reaffirmed their commitment to keeping cargo moving despite the lack of a contract.

Any slowdown in operations at the two ports that are responsible for 42% of all containerized trade with Asia could stoke annual inflation that’s running at the fastest pace since 1981, and damp economic growth.

Biden, who has pledged to be the most pro-union president in U.S. history, has directed Cabinet members and logistics-area experts to smooth out pandemic-era port logjams that spurred shortages and delays. Lyons and Labor Secretary Marty Walsh have been in touch with both parties, the port envoy said.

Meanwhile, about 70,000 truck owner-operators in California — home to the nation’s biggest port complex at Los Angeles and Long Beach — are now in limbo as a local gig-work law starts applying to them.

California’s Assembly Bill 5 requires workers satisfy a three-part test to be considered independent contractors, or else be seen as employees entitled to job benefits. The state’s truck owner-operators must now comply with AB 5 after the Supreme Court on June 30 refused to review a case brought by the California Trucking Association challenging the legislation that sets out the tests for employment-status classification.

On July 13, truckers demonstrated against the changes at the port gateways of Los Angeles, Long Beach and Oakland, according to the Harbor Trucking Association.

L.A. operations weren’t affected, and the port had planned for the protest days ahead, Executive Director Gene Seroka said.

The Biden administration is still assessing the AB 5 issue in California, Lyons said.

“The truckers are so critical to their supply chain — we’ve got to make sure that we’re setting the conditions to take care of them to the best of our ability.”