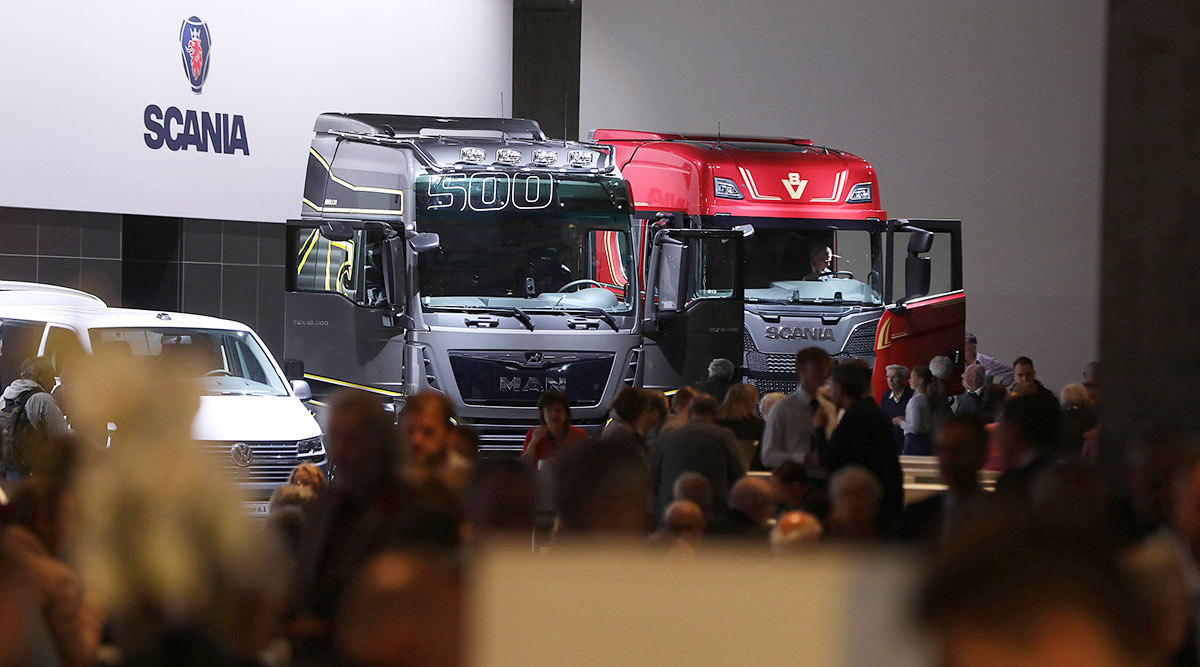 Volkswagen AG set plans to list its heavy-truck division Traton SE in Frankfurt, Germany, and Stockholm, moving forward with one of the year’s largest European public offerings despite a wobbly stock market and a swirling trade war between China and the United States.

The company reaffirmed it expects the IPO to be completed “before the summer break” for German factories, while a source familiar with the matter said it could get done within four weeks. VW envisions the sale of 10-25% of Traton, with the first step expected to be in the mid to lower end of that range, said the person, who asked not to be identified discussing private information.

Traton, which sells MAN and Scania AB vehicles, could fetch an equity valuation of about 16 billion euros, according to Jefferies estimates.

“The IPO will lay the foundation for Traton’s further growth by providing us with enhanced entrepreneurial flexibility and access to capital markets,” VW truck chief Andreas Renschler said in a statement late June 3. 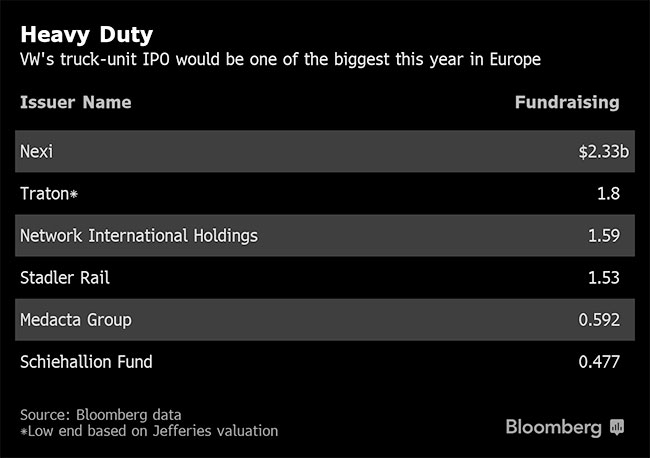 Volkswagen surprised investors last month, reviving its effort to float Traton just weeks after shelving the plan in March. The sale will mark a litmus test not only for IPO demand in a European stock market that turned in its worst month in 3½ years during May but also for the ability of VW’s management to push through deep structural change.

CEO Herbert Diess, who took over the job a little more than a year ago, is seeking to shake up convoluted processes that often bog down decision-making across the industrial conglomerate. He wants to give the units spanning some 300 different vehicles, 122 factories and 665,000 employees worldwide more flexibility to improve efficiency at the world’s largest automaker.

VW said last month it also would also explore a sale, joint venture or partnership for its MAN Energy Solutions and Renk AG divisions, which have no overlaps with the main passenger-car operations.

Others including Daimler AG and Renault SA gained after RBC analyst Joseph Spak started coverage on European automakers with VW among its top names. He said in a research note June 4 that the company should command higher multiples because of the earnings power of the truck unit and Porsche. Investor fears over electrification are overblown, and a demand slowdown in China will be temporary, Spak said, though a full-blown trade war between the United States and China could hurt valuations.

One year ago, Scania published The Pathways Report. It's a white paper that looks at ways of achieving fossil-free commercial transport by 2050. Read more: https://t.co/6LbQbekwxc — Scania Group (@ScaniaGroup) June 4, 2019

A successful IPO would generate funds for Traton’s expansion outside of its main European market while giving a boost to Diess’ broader strategy overhaul — a push that appeared in doubt with the initial decision in March to put plans for a listing on hold.

Fundraising from IPOs on European exchanges has fallen 58% this year to $9.2 billion, the slowest pace for any comparable period since 2013, according to data compiled by Bloomberg.

Traton will help VW create value for its shareholders, VW Chief Financial Officer Frank Witter said in the statement. “It was the right decision to strengthen the independence of our commercial vehicles business,” he said.