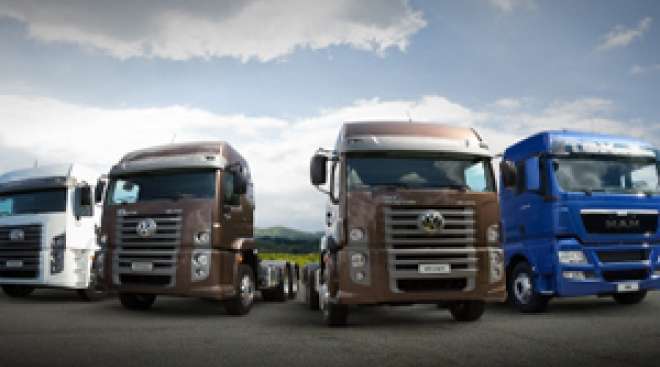 Volkswagen Group
Volkswagen AG’s heavy-truck business assigned development of components for its largest vehicles to Swedish brand Scania, while MAN will be in charge of mid-sized and smaller models to reduce costs by eliminating duplicated work.

Scania will take the lead in developing 13-liter engines as well as large exhaust systems and heavy gearboxes, while MAN will oversee creation of 5-to-9-liter engines and related emissions and transmissions, the Volkswagen Truck & Bus division said in a statement. All jobs will be secured, and hiring will be needed at some operations.

“We will generate synergies that are to everyone’s advantage,” Andreas Renschler, the head of Volkswagen Truck & Bus, said in the statement. “This gives us the necessary financial room to maneuver and create new business areas.”

The division, which was decoupled from Volkswagen’s larger passenger-car business last year, is gearing up for a global expansion after hammering out a $256 million deal to buy a 16.6% stake in Navistar International Corp. to establish a bridgehead in North America. VW Truck & Bus is largely unaffected by the diesel-emissions scandal that erupted at the Wolfsburg, Germany-based manufacturer’s car brands a year ago.

Among other project assignments, Munich Germany-based MAN will be in charge of driven and non-driven axles while Soedertaelje Sweden-based Scania will take the lead in engine-management systems.

VW has said it’s keeping all options open to expand the commercial-vehicle business, including increasing its stake in Navistar and a possible share sale, even though Renschler said last week that currently there’s no plan in place.

Renschler joined VW from rival Daimler AG in 2015 as part of the carmaker’s effort to forge the world’s most profitable heavy-truck producer and push cooperation between recently acquired MAN and Scania. The unit is targeting an average profit margin of 9% of revenue across industry cycles.