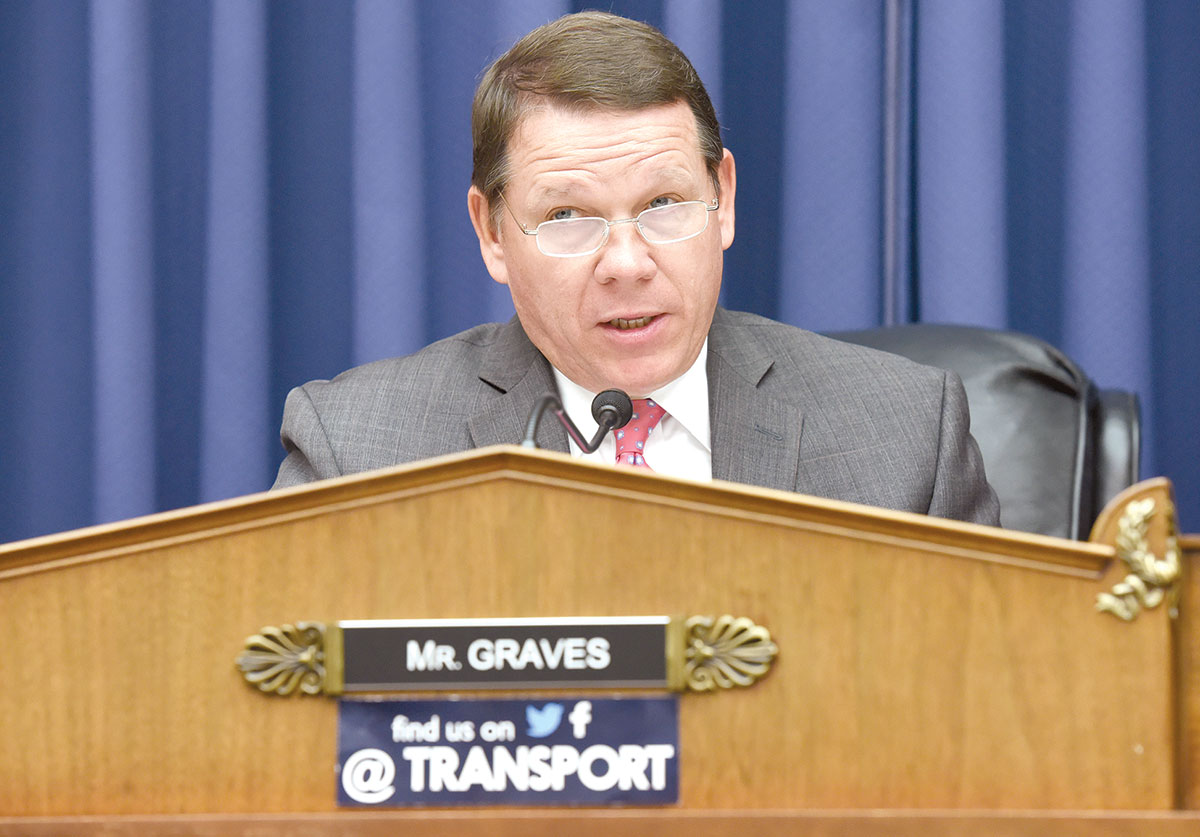 With policymakers debating the thorny issue of infrastructure “pay-fors,” the top highways policymaker recently touted a vehicle-miles-traveled fee as a funding approach capable of addressing the country’s needs.

A VMT tax would charge users based on the amount of driving they do instead of the gasoline they purchase. Proponents say it would reflect motorists’ use of fuel-efficient vehicles.

“I’m open-minded to all solutions, but a vehicle-miles-traveled user fee seems to capture all users, which gets us the funding we need to fix our roads and bridges and allows us to look forward to those transformative projects that will slingshot the United States ahead of the rest of the world,” Graves said in a statement to Transport Topics on March 13.

“As a senior member of the Transportation [and Infrastructure] committee, I am amazed by all the technological advancements being made within our transportation system but the government needs to keep up. I’m optimistic that technology not only will improve how our infrastructure network functions but can also be harnessed to help solve how we fund it,” Graves said.

Speaking to reporters on March 7, the congressman indicated he would review the merits of other approaches designed to boost funding, insisting “everything’s on the table.” Raising federal fuel taxes, however, is an approach he said many of his colleagues “are philosophically opposed to” adopting.

Many say that it is politically impossible to raise the gas tax. This is a fallacy.

Oregon has led the way in testing a voluntary VMT program, which is limited to 5,000 cars and light-duty commercial vehicles. The state charges participants a 1.7-cents-per-mile tax for using public roads. Other states, such as California and Washington, are testing the VMT model. The Colorado Department of Transportation also conducted a pilot project.

“The declining revenue productivity of existing gasoline taxes has led policymakers to consider other options for funding highways,” the report stated. “One innovative approach is to consider supplementing or replacing fuel taxes altogether with a user fee more closely related to a consumer’s use of the system, such as, in the present context, a tax on vehicle miles traveled.”

Opponents argue a VMT tax would allow the government to monitor their driving habits.

With an existing network for collecting revenue, a federal fuel tax hike remains a viable approach for quickly boosting infrastructure dollars, groups such as the American Society of Civil Engineers and the U.S. Chamber of Commerce say.

“Many say that it is politically impossible to raise the gas tax,” the chamber’s transportation director, Ed Mortimer, told lawmakers March 7. “This is a fallacy.”