US Will Extend Virus Travel Restrictions to UK, Ireland 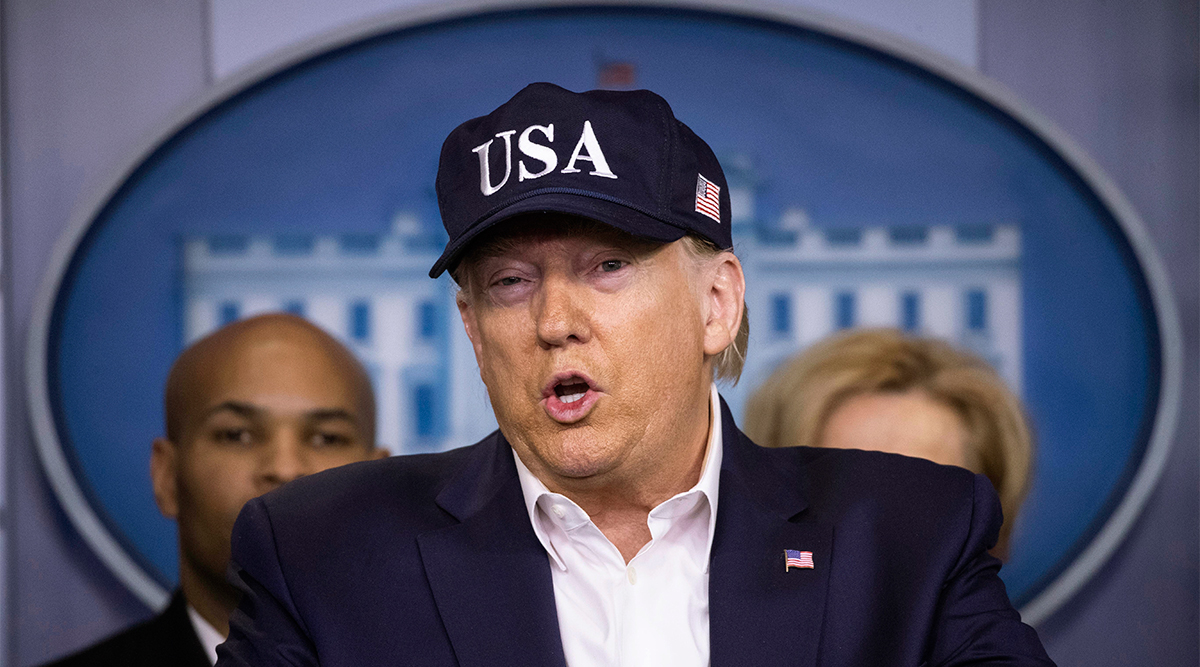 President Donald Trump announced March 14 that the United States will broaden its European travel ban, adding Britain and Ireland to its list, and was considering imposing restrictions on travel within the U.S. to areas hit hard by the coronavirus spread.

Under the restrictions on European travel, American citizens, green card holders and others are still allowed to return home to the U.S., but will be funneled to 13 airports and be subjected to health screenings and quarantine orders.

“If you don’t have to travel, I wouldn’t do it,” Trump said. After days of reluctance, he also said he had taken the coronavirus test following several interactions with people who are infected. The White House began testing the temperatures of everyone who’s been close to Trump; he said his own temperature was normal and he was feeling fine.

Early March 14 the House approved legislation to provide direct relief to Americans suffering physically, financially and emotionally from the coronavirus pandemic. The Senate still must vote on the package. Trump has thrown his support behind it.

On March 13, Trump declared a national emergency, unleashing as much as $50 billion for state and local governments to respond to the crisis.

The new travel restrictions come as Britain has seen its death toll from the virus nearly double from the day before to 21, and the number of people infected rise to over 1,100 from about 800 the previous day. Ireland had 90 confirmed cases and one death by March 13. The Irish government hasn’t released any updated figures since.

The U.S. said earlier in the week a 30-day ban on flights covered only the 26-nation Schengen area, the European Union’s border-free travel zone, which excludes Britain and Ireland. Vice President Mike Pence said the restrictions on Britain and Ireland would go into effect midnight on March 16.

Pence added that administration officials were “considering a broad range of measures” for potential domestic travel restrictions but no decisions have been made.

Britain has taken a different approach as other countries across Europe shut schools and universities, scrap sports tournaments and shutter bars and restaurants. The British government hasn’t yet restricted everyday activities of residents by banning large public gatherings or suspending transit networks. However, domestic media outlets reported on March 14 that authorities were considering banning gatherings of 500 or more people as early as next weekend.

Britain’s strategy is based on the presumption that most people in the country will eventually get the virus, and severe measures to contain it are unlikely to work. Patrick Vallance, the British government’s chief scientific adviser, has said the U.K. was “about four weeks or so behind Italy,” where more than 15,000 infections and more than 1,000 deaths were recorded in only three weeks.

Schools in Northern Ireland were operating as usual but across the border in the Irish Republic, schools, colleges, daycare centers and cultural institutions were closed.

For most people, the new coronavirus causes only mild or moderate symptoms, such as fever and cough. For some, especially older adults and people with existing health problems, it can cause more severe illness, including pneumonia.

The vast majority of people recover. According to the World Health Organization, people with mild illness recover in about two weeks, while those with more severe illness may take three to six weeks to be over it.

The Pentagon and State Department announced new guidance aimed at limiting movement of its personnel and promoting social distancing in hopes of reducing the impact of the pandemic on the agencies.

The State Department announced it has begun rotational and telework schedules and issued general guidance calling on domestic and overseas personnel to engage in “mission critical” travel only.