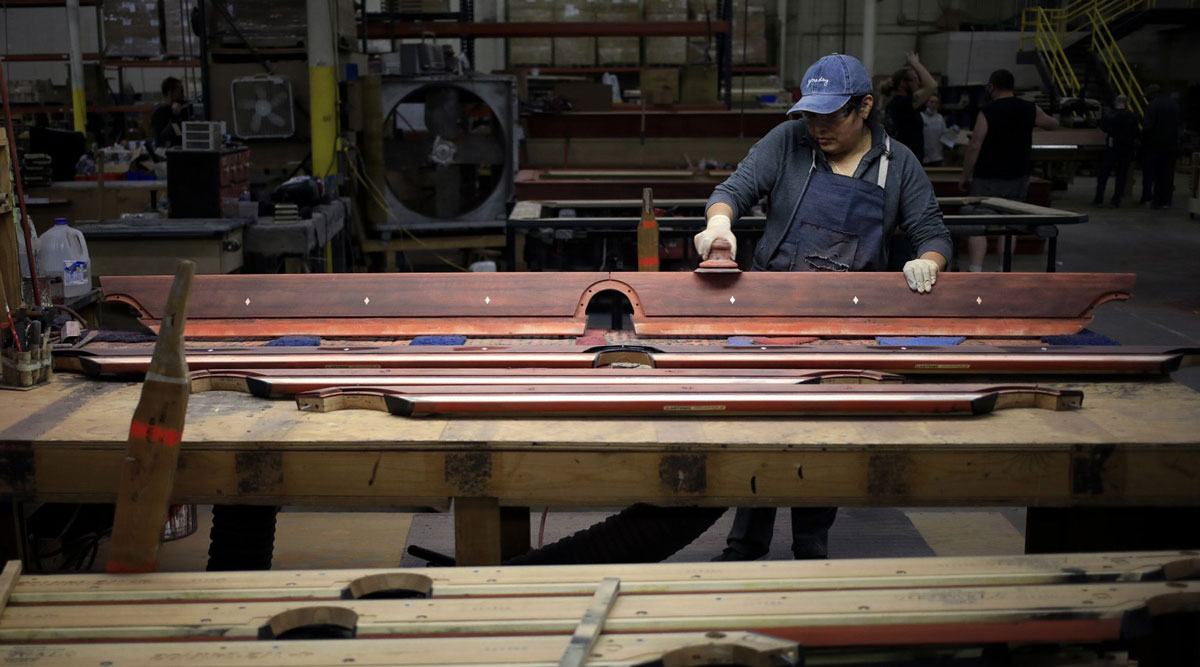 A worker sands wood components for billiard tables at a factory in Indiana. (Luke Sharrett/Bloomberg News)

Applications for U.S. jobless benefits unexpectedly rose last week, to the highest since mid-February, underscoring how the labor market is recovering in fits and starts.

Continuing claims — an approximation of the number of people filing for ongoing state benefits — fell for the ninth week to 4.12 million in the week ended March 6.

The initial claims figures underscore how the labor market is still grappling with business closures and health concerns. The applications were filed in the same week that President Joe Biden signed a $1.9 trillion economic stimulus package that extended some jobless benefits into September. 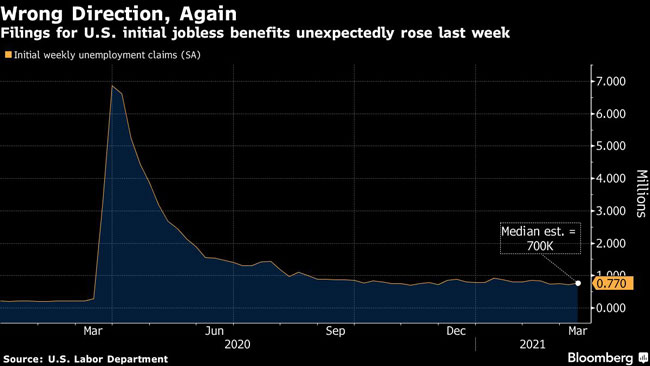 Claims in all federal programs declined in the week ended Feb. 27. The total number of claims in all unemployment programs was 18.22 million that week.

The data corresponds with the survey period for the Labor Department’s monthly unemployment figures, and could set the tone for the March jobs report.

Meantime, the Federal Reserve Bank of Philadelphia said its gauge of manufacturing in the region jumped to the highest level since April 1973, indicating additional strength among factories. The report on March 18 also showed more signs of inflation pressure as a measure of prices paid advanced to the highest in more than four decades.

“There are 10 million people that need to get back to work and it’s going to take some time for that to happen,” Powell said. “It’s not going to happen overnight.”

Number Seeking US Jobless Aid Drops to Lowest Since March