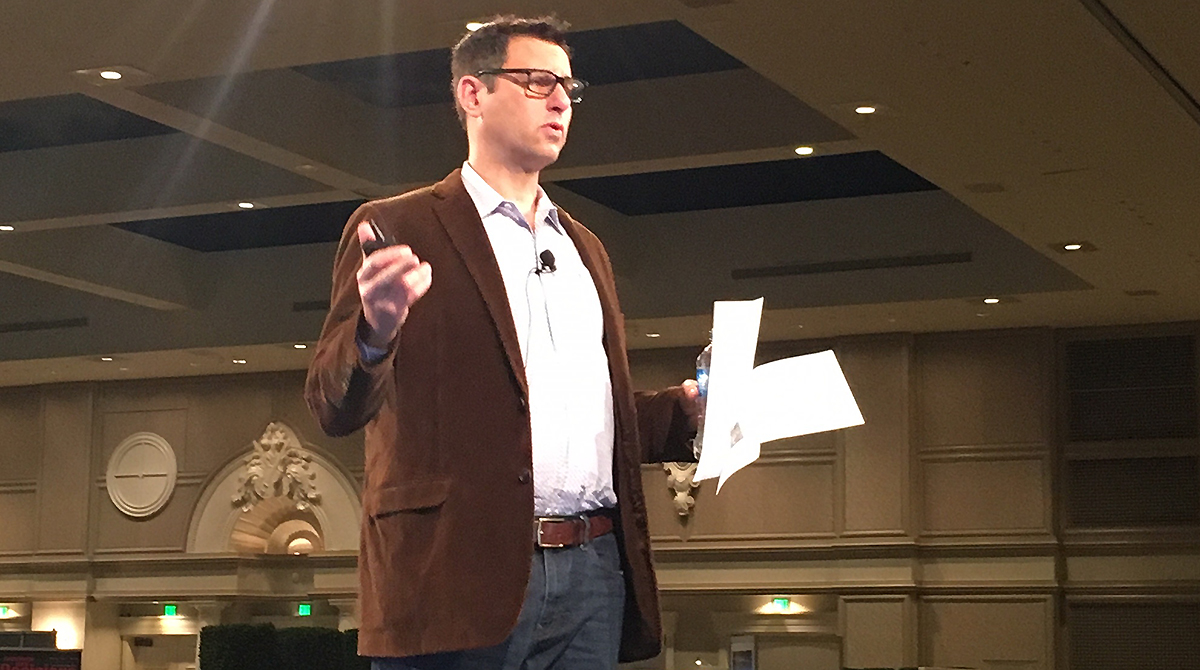 NASHVILLE, Tenn. — Executives in the truck stop and travel plaza industry see the encroachment of technology giants into the transportation industry, but savvy leaders will find ways to capitalize on this trend to make more money, an analyst said during a presentation at the annual NATSO Connect conference.

It’s a shift that mirrors what already has happened in corporate America, said Ken Cassar, principal analyst with Slice Intelligence. While 10 years ago Microsoft Corp. was the only technology firm among the five largest U.S. companies by market capitalization, today all five are tech firms: Apple Inc., Alphabet Inc., Microsoft Corp., Amazon.com and Facebook.

In trucking, Tesla CEO Elon Musk is following his disruption of the automobile industry with a new all-electric tractor. According to Reuters, Tesla already approached Anheuser-Busch, PepsiCo and UPS Inc. to build electric-charging stations on their properties, the first step in creating a network to recharge batteries that could include truck stops. 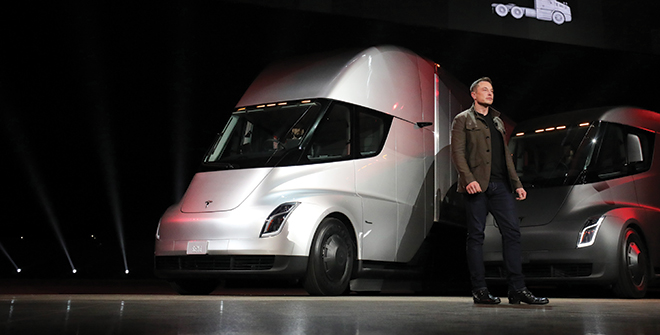 Uber also is active in truck automation after the Otto purchase in 2016. It paid $275 million to Alphabet-owned Waymo to settle a messy dispute about trade secrets on self-driving technology earlier this month, a distraction for the ridesharing company.

Amazon competes in trucking through its logistics network and fleet of tractors, trailers, containers and airplanes.

Against this backdrop, Cassar told skeptical truck stop executives to remember names such as Blockbuster, Borders, Circuit City, Radio Shack, Sports Authority, Tower Records and the Yellow Pages; each is either out of business, a shell of its former self, or, in the case of the Yellow Pages, obsolete.

“If I work hard enough, I can find ironic quotes from these former CEOs such as ‘There’s no way Netflix will take out Blockbuster.’ So it’s important you’re aware of this stuff and how it can impact your business,” he said. 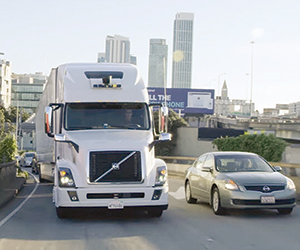 Business leaders, however, who are willing to explore opportunities with these tech firms will discover new customers, new services and new revenue sources, Cassar said.

For example, travel plaza operators can strike fleet deals to offer fuel rebates to Uber and Lyft drivers, whose numbers have reached nearly 1 million in less than a decade.

“This will lead to other questions like, ‘When we build our next facilities, do we want to put them in different places in order to be relevant to 4-wheel and 18-wheel traffic? What amenities might be relevant to these new drivers?’ ” Cassar said. “There is Wi-Fi, but there are other products: charging wires, smartphone clips. Many Uber drivers carry water with them, so there are merchandising opportunities.”

Amazon Locker also is an opportunity to truck stop operators, Cassar said. The service, which allows consumers to pick up Amazon orders at company-branded lockers at specified locations, would offer a new way for truck drivers to receive deliveries while on the road.

“We’re hearing reports that truckers are already placing orders and then [the orders arrive] at the desk of the truck stop a day ahead. This would just institutionalize the process. But we’ve heard that Amazon hasn’t been incredibly responsive to the [locker] idea yet,” Cassar said.

He also noted that drivers will continue to fuel and sleep at traditional truck stops in the foreseeable future but cautioned that food ordering services such as Uber Eats and Amazon Fresh could snatch business away from truck stop eateries — especially given truckers’ increasing comfort with technology.

Despite the perception that truck drivers are technology-averse, 71% routinely conduct business on laptops and smartphones, and 17% use tablets, according to a National Institute for Occupation Health and Safety 2016 survey.