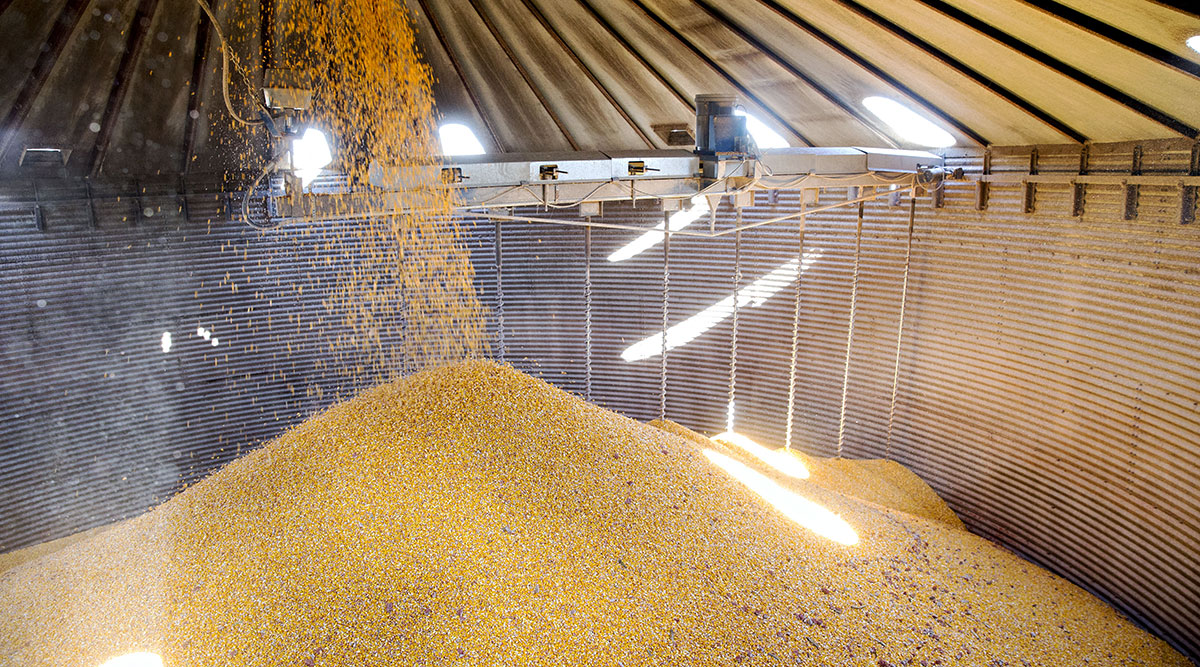 The Trump administration is taking action to boost U.S. demand for corn-based ethanol and soybean-based biodiesel, as the president seeks to temper criticism from farmers and Midwest politicians before next year’s election.

The U.S. Environmental Protection Agency and Department of Agriculture on Oct. 4 outlined several steps to aid those renewable fuels, committing to boost annual biofuel-blending quotas to make up for waivers exempting some small refineries from the mandates. The shift, which was outlined by the agencies Friday but still must be formally proposed and codified, would effectively force bigger, nonexempted refineries to take up the slack.

The agencies praised President Donald Trump, saying he brokered the deal on U.S. biofuel policy, terrain that divides two of his key political constituencies: agriculture and the oil industry.

However, while the final plan won widespread praise from biofuel advocates, it was condemned by oil industry leaders who decried it as a politically motivated policy shift that punishes refiners, consumers and manufacturing workers.

This pact is “by no means a win-win,” the leaders of the top oil industry and refining trade groups said in a joint statement Oct. 4. “We are deeply concerned about the administration’s decision to, once again, play politics with our fuel system,” said Mike Sommers of the American Petroleum Institute and Chet Thompson of the American Fuel and Petrochemical Manufacturers. “We will vigorously challenge this new policy in the weeks to come.” 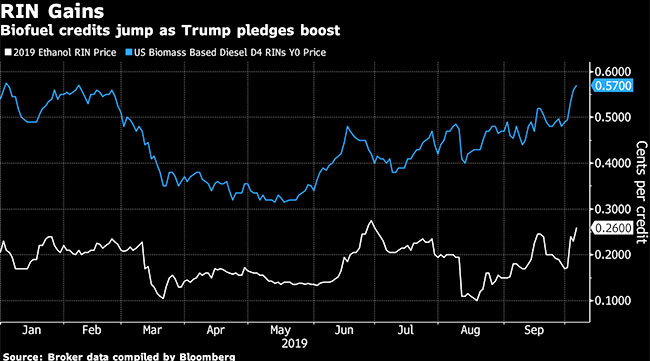 The plan is the culmination of weeks of White House negotiations, as administration officials sought to mollify constituents in politically important farm-belt states over the EPA’s decision to exempt more refineries from a 2005 law requiring them to mix renewable fuels into petroleum. The backlash has been especially intense in Iowa, the leading U.S. producer of both corn and the ethanol made from it.

Iowa is also an early voting state that helped put Trump in the White House and is important for his re-election.

The EPA is set to formally propose changes next week. The agency said it would seek public comment on ensuring more than 15 billion gallons of conventional ethanol are blended into the nation’s fuel supply beginning in 2020 and that statutory obligations for biodiesel also are satisfied. “This will include accounting for relief expected to be provided for small refineries,” the EPA said in a news release.

The agency is set to effectively offset future exemptions by factoring a three-year rolling average of waived gallons into those annual quotas. In a forthcoming proposal, the EPA will propose a range of additional volumes informed by the last three compliance years and the underlying law, an EPA official said Friday.

The package does not include a major concession sought by oil refiners: a ceiling on the cost of the RINs they use to prove they have satisfied blending targets. Refiners and oil-state senators had argued they needed an insurance policy against spiking credit prices.

The EPA and Agriculture Department pledged to “continue to evaluate options” for RIN reform and boosting transparency in the RINs market, amid continued allegations of speculation and credit hoarding. A previous review ordered by Trump didn’t result in major changes.

The administration’s plan includes measures to stoke U.S. demand for ethanol, with the Agriculture Department committing to seek funding for infrastructure projects to get higher-biofuel blends to consumers.

And the EPA pledged to take steps to accelerate filling station adoption of E15 gasoline that contains 15% ethanol, building on its approval of year-round sales of the fuel earlier this year. That includes streamlining requirements for labels meant to prevent motorists from dispensing E15 into automobiles not authorized to use the fuel. Ethanol producers say the warning labels scare off consumers, suppressing sales.

“Corn farmers weren’t shy in telling the president that the impact of these waivers would lead to significant consequences for farmers, folks working at ethanol and biodiesel plants, and the countless other rural jobs that depend on this market,” said Kevin Ross, president of the National Corn Growers Association.

While sharing a stage with Trump in June, Ross pleaded directly with the president to curb the waivers.

Though federal law authorizes the EPA to exempt small refineries facing economic hardship, the Trump administration has granted more waivers, following court rebukes of past agency denials. The exemptions — including a batch of 31 in August — angered farmers and biofuel producers, who say they hurt demand, on top of a broader trade dispute with China that has led to retaliatory tariffs on U.S. agricultural products. Ethanol consumption accounts for some 39% of U.S. corn production.

U.S. ethanol producers face other woes. A wave of ethanol capacity expansions — aimed at producing more of the biofuel to satisfy burgeoning demand in China — was undermined by the country’s retaliatory tariffs and contributed to a domestic supply glut. Inclement weather this year also washed out fields, delaying and, in some cases, preventing planting, subsequently eroding ethanol production.

LeAnn Johnson, who represents the Small Refiners Coalition, blasted the administration’s plan. “Let’s not sugarcoat it: Ethanol mandates are being raised because a handful of corn-state senators have extorted it from the president using election-year politics,” she said by email.

Oil industry advocates questioned the legality of the EPA’s new quota-setting plan and vowed to fight the measure.

“Substantial litigation is likely,” as it will be difficult for the EPA to abide by federal rulemaking requirements and stay within the legal boundaries of the Clean Air Act, said Scott Segal, a lobbyist at Bracewell.

Still, at least one biofuel supporter expressed confidence the administration’s changes would endure.

“I’ll continue to hold EPA’s feet to the fire so they do as President Trump committed,” Senator Chuck Grassley, a Republican from Iowa, told reporters Oct. 4. Now that the plan is on paper, “the only thing that I could see that would interfere with it would be some court case.”