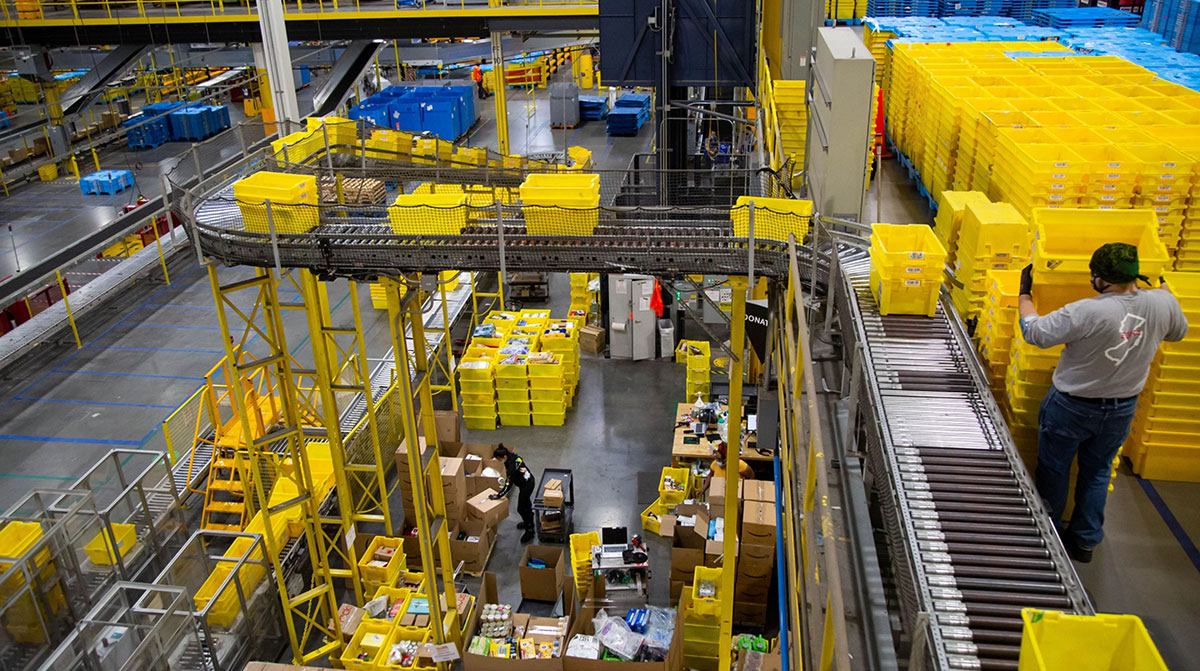 Bins move along a conveyor at an Amazon fulfillment center in Robbinsville, N.J., on Cyber Monday. (Michael Nagle/Bloomberg News)

Black Friday weekend was particularly busy for the trucking industry with strong demand coming from retailers and supply chain issues.

“Normally, all the Black Friday merchandise would be somewhere a consumer could buy it well in advance,” Noah Hoffman, vice president of North American surface transportation at C.H. Robinson Worldwide, told Transport Topics. “Off the ship, out of containers, at a distribution center for online orders or on a shelf. What was different about this Thanksgiving is that some of it was still on its way.”

Hoffman noted that in the month leading up to Thanksgiving truckload freight volume was up 7% compared with last year, much of that driven by a backlog of goods. He noted even Halloween costumes still are coming through the ports. 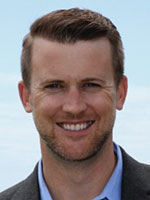 “Because we serve 7,500 retailers, we saw this coming,” Hoffman said. “In April, we were telling customers to order their holiday merchandise early, and by July, all 25 of the top 25 retailers were pulling inventory forward. They account for more freight than the next 1,000 retailers combined, so that provided somewhat of a cushion for the delays we were expecting. But freight for Black Friday was still moving right up to Black Friday, and frankly still is.”

C.H. Robinson is using its warehouse space in port cities to sort containers and pull out the most urgent products. So things such as toys and wrapping paper can take priority over late Halloween costumes. The company has even brought ocean containers into its employee parking lot in Southern California to help sort them.

“Right now, we’re usually moving replenishment goods for our customers,” Hoffman said. “But you can’t replenish what you couldn’t get in the first place. Instead, we’re moving new product that our retailers are just now able to get from their suppliers overseas.” 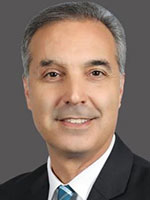 “We started planning for peak last year,” DHL Express Americas CEO Mike Parra said Nov. 30. “We actually doubled down on our planning for this year and started in early June by adding 2,291 additional employees across the Americas from that perspective. So I would say our efforts have paid off. We just went through Black Friday and Cyber Monday. We got higher volumes than we anticipated.”

Parra was speaking at a virtual briefing to discuss the findings of a research report DHL did with the New York University Stern School of Business. The DHL Global Connectedness Index covered the impact of the coronavirus pandemic on globalization.

FedEx Corp. has been anticipating high demand. The Memphis, Tenn.-based package delivery giant expects to deliver 100 million more shipments this holiday season than it did in 2019. Cyber Monday alone was predicted to make up close to 32 million packages moving through its global network.

The retail sector is a main driving force behind the increased holiday-related freight demand. Unsurprisingly, retailers had an exceptionally busy holiday weekend as well. The National Retail Federation said there were about 180 million shoppers nationwide from Thanksgiving Day through Cyber Monday. That exceeded its initial expectations of about 155 million. 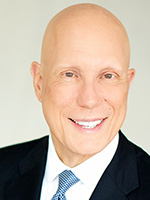 “We had a great holiday weekend,” NRF President Matthew Shay said during a media call Nov. 30. “We actually got very close to 180 million. So, slightly below last year at 186 million, but very much in line with the average of the past four or five years.”

Shay also noted that people started their holiday shopping before Black Friday because of factors such as the pandemic, changes in customer behavior and supply chain concerns.

“We’re closer to halftime now than kickoff,” Shay said. “By the end of the Thanksgiving holiday weekend, 84% of holiday shoppers indicated that they started shopping and have completed about half of their shopping on average. That’s a trend, and we think in future years we’ll see that continue.”

Loadsmart found the average volume of delivered loads increased by 14% the week before Black Friday as shippers prepped for the surge. Its customers in the retail industry segment about doubled their volume of booked loads year-over-year that week. Volumes then decreased almost 34% the following week.