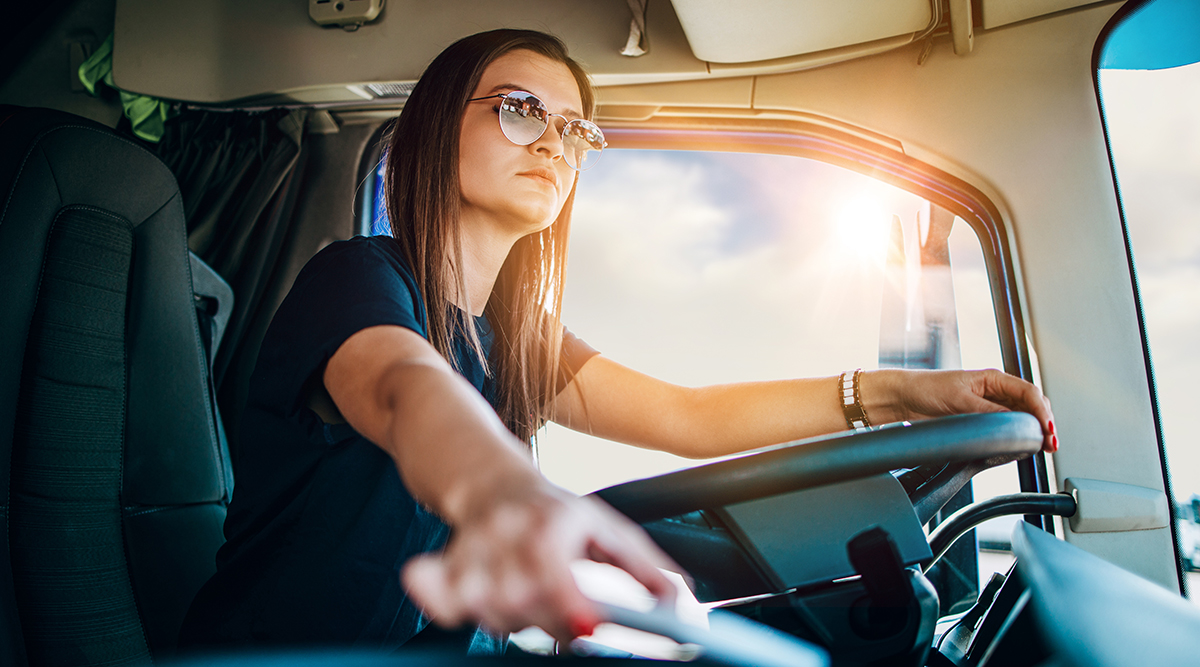 The driver shortage is most severe in the longhaul sector. (DuxX/Getty Images)

Trucking is short at least 80,000 drivers, and as freight volumes rise, so too does the need for more workers behind the wheel. Many have retired because of the COVID-19 pandemic, and new drivers entering the industry have been slow to emerge because of backlogs in training and obtaining commercial driver licenses.

Those are the conclusions of American Trucking Associations Chief Economist Bob Costello, who on Oct. 20 raised the estimate of drivers needed from 61,500 in his annual findings.

“We will be short roughly 80,000, just over 80,000 drivers, and to be clear that is the difference between the number of drivers we have out hauling freight and the number that we ideally need to haul freight,” Costello said. “When you look at the spot market and truckload, freight has gone up enough, and essentially the number of drivers this year, across the board is flat.”

Costello said the driver shortage improved in 2019 as the industry attracted more drivers and freight levels remained stable. However, with the current freight demand, the need has jumped by 30% over 2020 levels.

“This is somewhat pandemic-related; we didn’t train enough drivers,” he said. “It’s the traditional things we’ve been talking about for the last two decades. It’s the high average age of drivers, not enough females, lifestyle, and then you throw in some things that have exacerbated it.”

The latest driver shortage numbers come when the problems with the nation’s supply chain have gotten the attention of the White House and industry officials across the country. Last week President Joe Biden met with a wide variety of transportation and supply chain representatives. It was announced two of the nation’s busiest ports, Los Angeles and Long Beach, would soon begin 24/7 operations. However, industry officials said one of the challenges they will face by expanding hours will be finding enough truck drivers.

Costello said one area of trucking that has a more significant problem attracting drivers is the longhaul sector. Still, he said more companies realize the challenges of recruiting drivers who haul freight more than 400 miles per day. In some cases, those companies are modifying schedules to reduce the long distances some drivers cover regularly.

“We are attracting drivers to this industry; let me be clear,” Costello said. “We are by no means suggesting otherwise. And at its core, this is an over-the-road, for-hire truckload problem. That’s the group even though this number is for everybody, and it’s simply the fact that, over time, the driver pool is not going up as fast as freight is going up.”

Costello said he realizes that some in the industry are skeptical of his numbers but that the driver shortage is a matter of supply and demand. To prove his point, Costello said companies, large and small, have been raising driver pay regularly for more than two years.

“We are paying drivers more, and if you look at government data, over the last 2½ years, the average weekly earnings in the longhaul truck market for drivers, the rate is going up at five times the historical average since the year 2000,” he said. “Over the last three years, ’19, ’20 and ’21, we have not added drivers in the longhaul space. Now, are we adding drivers in the other space? Yes, we are adding local truck driving jobs that are rising.

“So this tells me this is all about lifestyle. Drivers that get home daily, nightly, those jobs are increasing. Where we are not adding drivers is the longhaul, over-the-road drivers. That’s where the problem lies.”

According to ATA data, if nothing is done, the industry’s shortage will worsen to 160,000 drivers by 2030. The industry needs an estimated 1 million drivers, as many in the current driver fleet will retire over the next 10 years.

Costello reiterated ATA’s support for the DRIVE Safe Act, which would allow up to 3,000 drivers aged 18 to 20 to undergo specific training and mentoring, permitting them to drive across state lines. Currently, only qualified CDL drivers 21 and older are allowed to drive interstate.