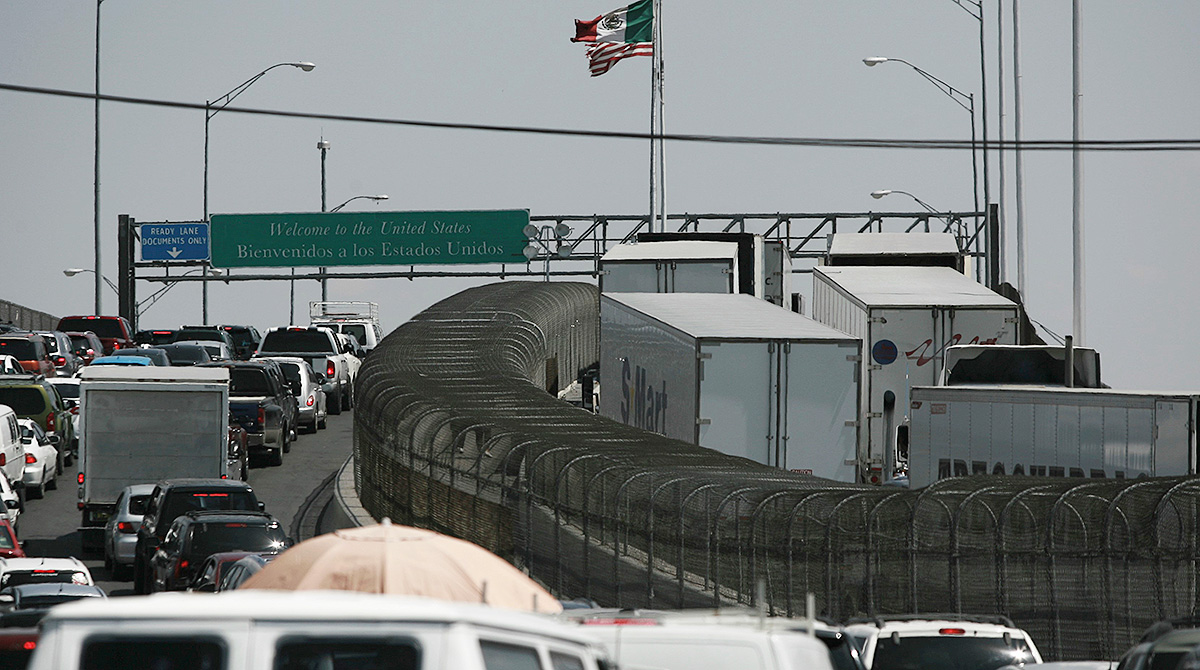 Trucks line up at the Cordova-Las Americas international bridge to cross with their cargo from Mexico into the United States in Ciudad Juarez, Mexico, on May 31. (Christian Torrez/AP)

Trucking and transportation industry leaders were caught off guard when President Donald Trump on May 30 said via Twitter that the U.S. plans new tariffs against Mexico.

“On June 10th, the United States will impose a 5% Tariff on all goods coming into our Country from Mexico, until such time as illegal migrants coming through Mexico, and into our Country, STOP. The Tariff will gradually increase until the Illegal Immigration problem is remedied,” Trump wrote. The proposed tariffs will increase by 5% each month until reaching 25%, “unless and until Mexico substantially stops the illegal inflow of aliens coming through its territory,” he wrote.

On June 10th, the United States will impose a 5% Tariff on all goods coming into our Country from Mexico, until such time as illegal migrants coming through Mexico, and into our Country, STOP. The Tariff will gradually increase until the Illegal Immigration problem is remedied,..

Economists and transportation experts warned that if the tariffs are enacted, consumers over several months would see price increases at grocery stores — especially on fruits and vegetables imported from Mexico — and suppliers would source those items from other countries.

According to the U.S. Trade Representative, in 2018 trade between the U.S. and Mexico totaled $671 billion in both imports and exports. Tens of millions of dollars’ worth of goods are transported across the border by the trucking industry every day.

“This will raise prices of agriculture products and any of the things we buy from Mexico on a daily basis. The consumer will have to pay a little more, especially at the grocery store,” Rajeev Dhawan, director of the Economic Forecasting Center at Georgia State University in Atlanta, told Transport Topics.

Instead of curtailing illegal immigration into the U.S., Dhawan fears the opposite could happen because escalating tariffs would have more severe economic effects in Mexico than in the U.S. “It is going to be a five-alarm fire for them, not just a shock,” he said.

Trade organizations that represent the trucking and automotive industries raised alarm that the tariffs could harm industries that support cross-border trade, and make trucks, cars and parts more expensive.

“The ATA urges the White House and Congress to support free, open and fair trade between our country and our closest neighbors,” said American Trucking Associations in a statement. “Keeping our borders open for business for free and fair trade is important to our nation’s economy, and is vital for the more than 47,000 Americans who work in trucking-related jobs supported by cross-border freight movements between the U.S. and Canada and Mexico.”

“Paccar operates truck factories in both the U.S. and Mexico,” said Ken Hastings, an investor relations representative with the company. “Our strategy is to produce trucks in the markets in which they are sold. Therefore, the vast majority of trucks produced in Mexico have been for Mexico. Paccar supports free and fair trade, and the USMCA.”

The USMCA is the newly negotiated trade agreement between the U.S., Mexico and Canada. It has yet to be ratified by the three nations. 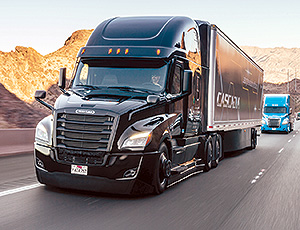 “Tariffs on Mexican goods coming into the United States will only serve as an additional tax on the American people by increasing the cost of goods and putting jobs and investment in the U.S. at risk. In short, this action will undermine U.S. economic stability,” said the Motor & Equipment Manufacturers Association, which represents automotive aftermarket suppliers and heavy duty manufacturers. “Mexico is a critical trading partner for the motor vehicle parts industry, which is the largest sector of manufacturing jobs in the U.S.”

Mexican President Andrés Manuel López Obrador announced plans to dispatch a delegation to Washington to compel Trump not to carry out the threat. Just last month Trump threatened to impose new tariffs on Mexico or close the U.S.-Mexico border, but backed off and instead issued a “one-year warning.”

“This is far more politics than it is economics, that’s obvious,” Noel Perry, a trucking economist with Transport Futures, told TT about the tariff threat. “This whole thing boils down to uncertainty.”

Randy Mullett of Mullett Strategies told TT he believes the president is using the tariff threat as a negotiating tactic.

“I think it’s posturing,” he said. “I’m one of those people that thinks that on [June 10] Trump is going to announce that Mexico has stepped up and is really helping us, they’re a great partner and so we are not having to do the tariffs.”