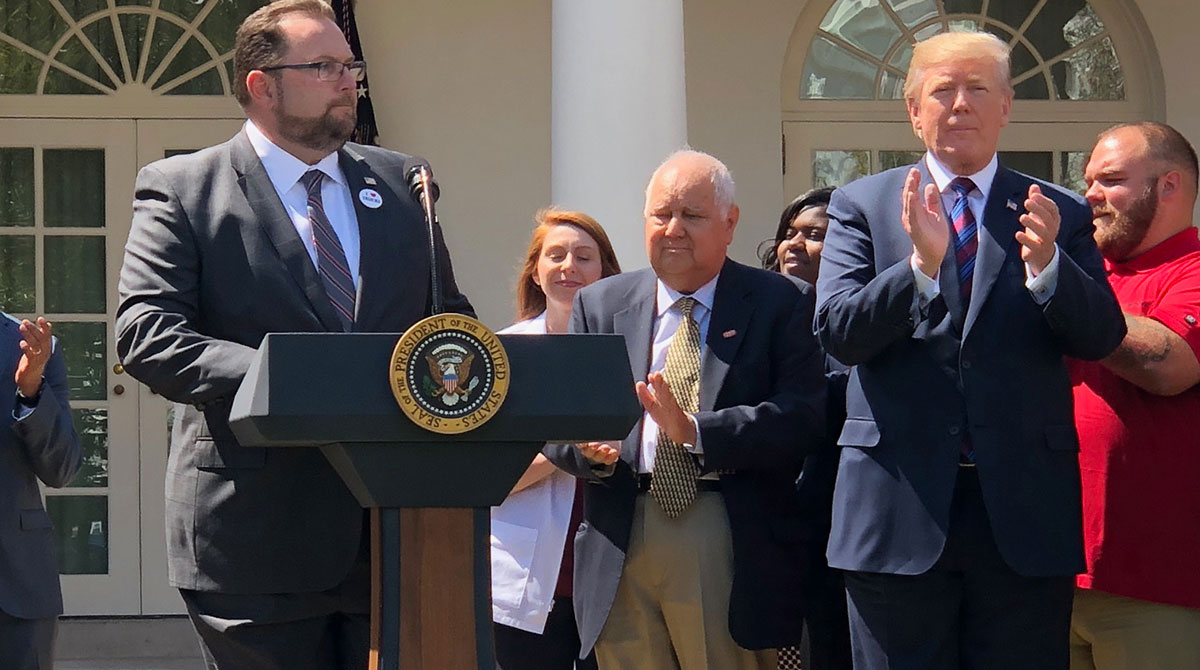 A trucking executive and truck driver joined President Donald Trump at the podium during an April 12 White House Rose Garden event held to discuss the effects the tax reform law passed by Congress in December had on businesses.

Derek Leathers, CEO of Werner Enterprises Inc., was among a handful of large and small business executives who outlined how the tax reform law has impacted their operations and employees.

Trump counted the executives as examples of the spirit and perseverance of American workers. “America was built by men and women like you who never give in, never give up, and never, ever stop believing in that great American dream,” he said.

“With the tax cuts, we’ve been able to increase our capital investment this year by $127 million, 90% of which is dedicated to trucks and trailers that are cleaner, safer and better for the American roadways,” Leathers told the crowd seated on the south lawn of the White House. “We’ve also announced increases of $24 million for our 9,500 driver associates, which works out to over $2,400 per professional driver.”

Quinton Ward, a military veteran driver for Werner who has logged 2 million accident-free miles, said the extra boost to his paycheck is going to allow him and his family to finally take a trip they have been planning for years. 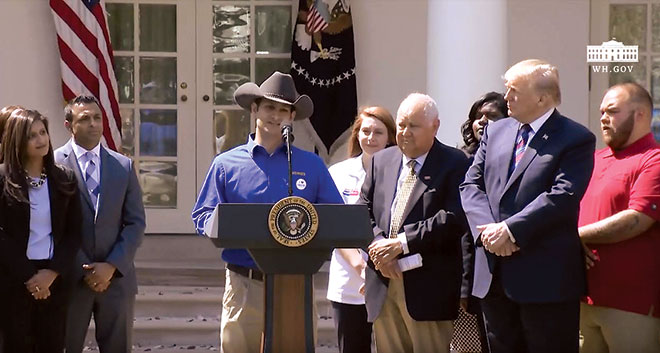 “Mr. President, you care about truck drivers, and we see that,” Ward said. “We cover this country and haul freight that keeps America moving every day. This tax law means a better future for me and a significant pay increase this year.” 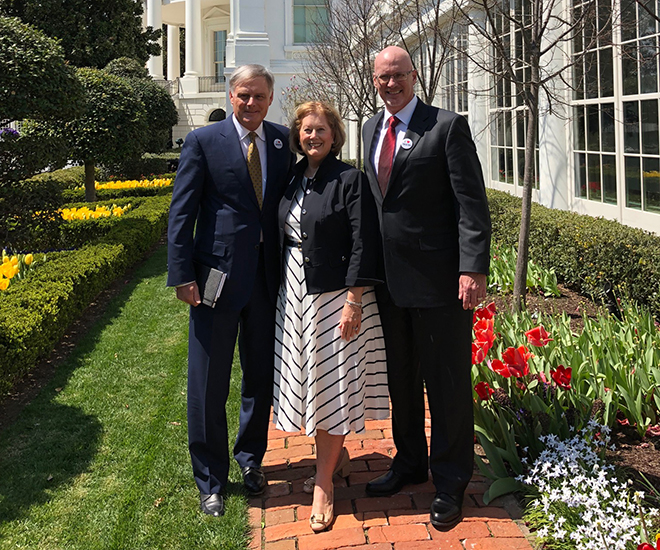 American Trucking Associations members in attendance included executives and employees from Crete Carrier Corp. and TCW Inc., on hand to share their takes on how the tax cuts have enabled them to increase employee compensation, invest in new equipment and expand operations.

“Putting our members in a position to have their voices heard on important issues is a critical part of what we do at ATA,” ATA President Chris Spear said. “Our industry could not ask for better representatives than these to talk about the benefits of the President’s tax reform package.” 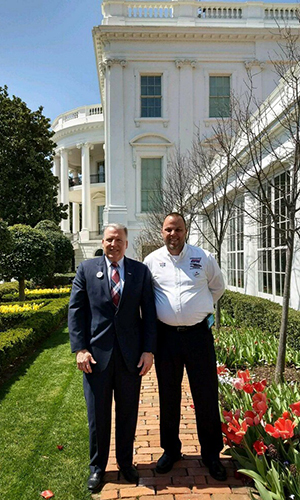 Manning and TCW driver David Livingston at the White House.

ATA was a strong advocate for the Tax Cuts and Jobs Act and hosted President Trump in Harrisburg, Pa., at an event in October 2017 to rally support behind tax reform.

A January 2018 survey of ATA member companies revealed that 50% of carriers were planning to increase wages or offer bonuses as a result of tax reform and 47% were planning to invest their tax cuts in new equipment, including trucks, trailers and safety technology.

“My administration hears your voice, and we have your back,” Trump told the crowd.

“It was clear that there was a lot of appreciation for the hard work that has been done to get the tax cut effective. You could feel the energy in the Rose Garden when the president was speaking,” ATA Chairman Dave Manning told Transport Topics soon after the event.

“To hear President Trump mention [infrastructure] again today, streamlining that process so that the money can be spent quicker and improvements can be made faster is extremely important to our industry,” Manning added.