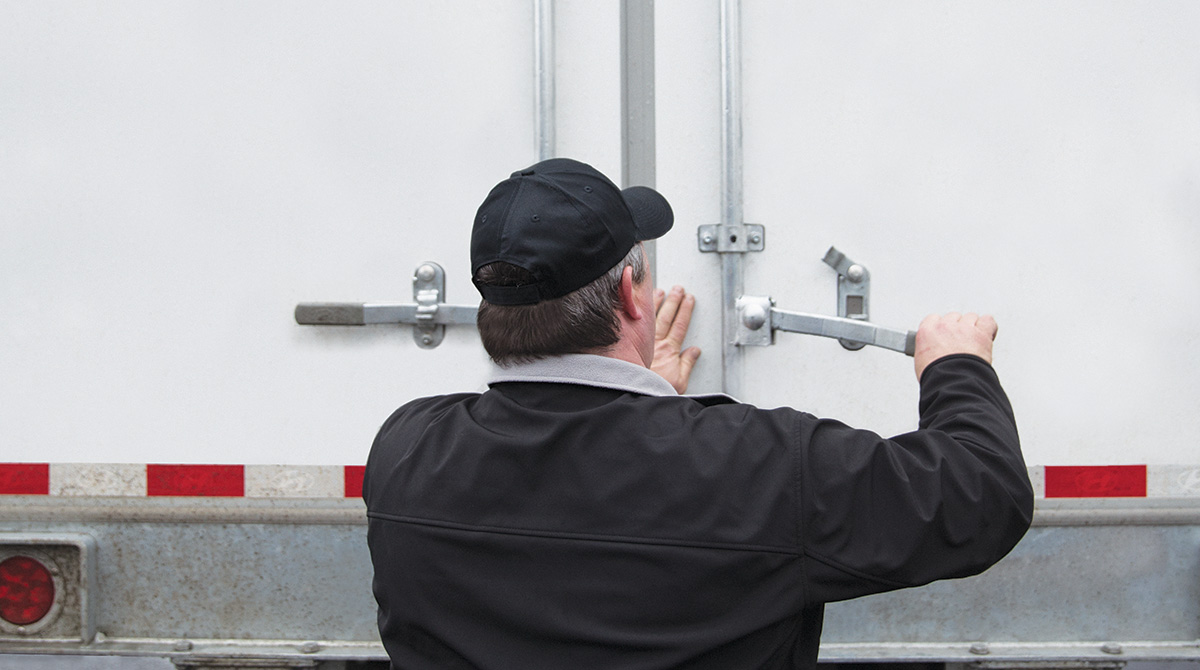 The trucking industry has seen a surge in cargo thefts since the start of the coronavirus pandemic, according to experts.

“Our numbers started to jump second quarter of last year,” Keith Lewis, vice president of operations at the cargo theft prevention and recovery service CargoNet, told Transport Topics. “We saw a spike in the numbers and it continued on throughout the year. My opinion — we’re still too early in the year, but almost halfway through — my prediction is we’re going to start to, and I hope, I really do hope for the industry, that we start to normalize.”

The cargo theft category includes the total number of events in which cargo was stolen, and encompasses situations when only cargo was stolen as well as events when both cargo and the vehicle were stolen together. The vehicle theft category is structured the same way but specific to the total number of vehicles stolen. The total theft events category encompasses everything reported, but when the truck and cargo are stolen together that counts as one event. This overlap is why the 1,502 cargo theft events reported is a lower number than the two individual categories. CargoNet data is voluntarily reported by companies, law enforcement and other sources, and is used by various groups. The Travelers Cos., for instance, monitors thefts using information from its investigative unit and CargoNet data.

“The majority of thefts involved both the cargo and the vehicles,” Scott Cornell, second vice president of transportation and crime at Travelers, told TT. “We’ve definitely seen a big jump in 2020 and it started to come down through the fourth quarter into the first quarter of 2021, which is no surprise — pretty much the pattern we expected.”

Cornell stressed theft activity has not yet returned to pre-pandemic levels but said the numbers are improving. He noted that in Q1 of 2021 there were 289 reported thefts compared to 321 during the same time last year.

Some activity last year was specific to the pandemic itself.

“In the U.S., full truckload thefts increased in 2020 by 25%, as criminals targeted shipments of medical supplies and household supplies,” Scott Martino, supply chain intelligence director at Sensitech, told TT. “U.S. pilferages also increased by 35%, as less organized criminals targeted cargo at rest stops and in storage locations. This is a very clear example of how economics and market equilibrium are particularly relevant in the illicit market.”

Thefts of full tractor-trailer combinations are often done to get to the cargo, and are usually carried out by organized criminal groups.

“If we go back to 2008, when we saw the economic downturn, we saw tremendous increases in cargo thefts,” he said. “And we also saw shifts in what was being stolen.”

Cornell noted thieves focused on luxury items such as electronics before 2008, but by 2010 — when the U.S. was in a recession — food and beverage became the top stolen commodities. While this shift was initially for economic reasons, criminals learned these were safe goods to steal since the evidence gets consumed. Last year, however, household goods took the top spot.

“The thing that household goods gives us an advantage with, in regards to recovery, is that it doesn’t disappear,” Cornell said. “But it is not as traceable as electronics tend to be. So that was a big change.”

Another big change last year was Texas overtaking California as the No. 1 state for cargo thefts, he said. Cornell noted the change was significant because California held the top spot for decades. Both states saw cargo thefts rise in 2020; Texas just saw a larger increase.