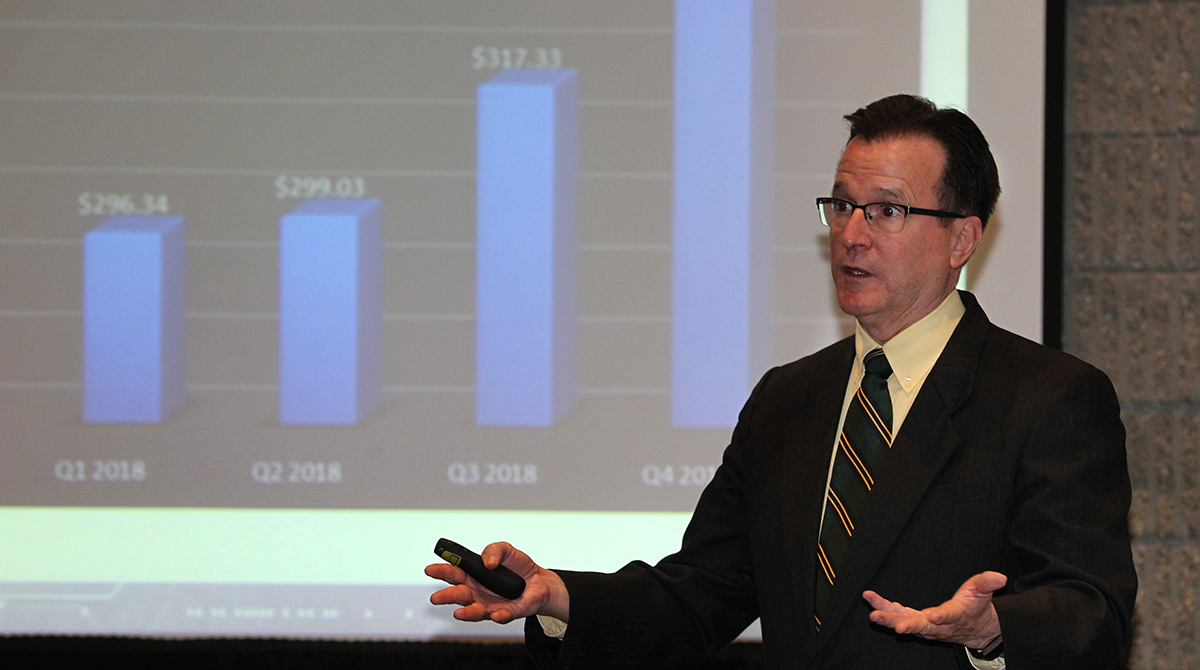 ATLANTA — One truckload fleet averaged more than 75,000 miles between roadside breakdowns in the fourth quarter last year, about seven times the vertical average of other carriers participating in a benchmarking program being run by American Trucking Associations’ Technology & Maintenance Council and FleetNet America.

The announcement was made March 17 during a joint press conference during TMC’s annual meeting.

The BenchMarkit program — launched at TMC’s 2018 annual meeting — during its first year collected data on roadside breakdowns for truckload fleets. To participate, a fleet must agree to provide data on all roadside breakdowns and use TMC’s Vehicle Maintenance Reporting Standards to code all incidents, said Jim Buell, FleetNet’s executive vice president of sales and marketing.

“I talked to the fleet that got best-in-class, and I know that they are a very thoughtful fleet, and they are using this data to understand what’s going on,” he said. “But what’s really surprising to me is that this fleet has more room to improve, because they’re not best-in-class in every VMRS system. They are looking at the ones where they are not and asking, ‘What do we need to do to get better?’ ”

Buell added, “I don’t know where the ceiling is, but I do know that this industry — the truckload vertical — should not be breaking down every 10,000 miles.

The vehicle systems with the most unscheduled repairs reported during the program:

The largest cost increase among the top 10 VMRS systems during the program’s first year included lighting (+12%); cab and sheet metal (+8%) and trim and miscellaneous hardware (+36%), the two reported.

And, as Buell noted, roadside repairs already command a premium

He added, “I believe understanding your roadside failures gives you greater insight into your overall maintenance operation. I get that a tire would fail on the side of the road; you hit some debris. But did the brakes really have to fail on a route? I don’t think so.”

TMC Executive Director Robert Braswell noted that BenchMarkit is a benefit for TMC members. According to Buell, the program has enough data to expand into less-than-truckload and tanker fleets.