Tesla Autopilot Is Found Partly to Blame for 2018 Freeway Crash 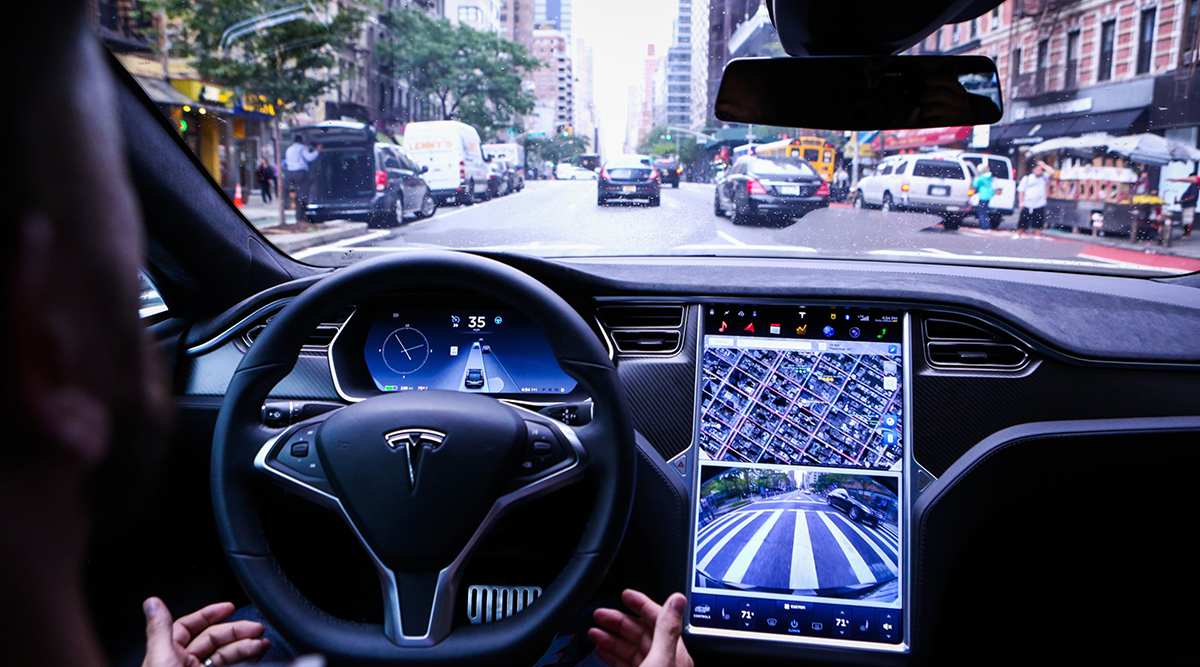 U.S. transportation safety investigators found Tesla Inc.’s design of its automated driver-assist system was partly to blame for a crash in which an inattentive driver slammed into a fire truck parked on a freeway near Los Angeles in 2018.

The National Transportation Safety Board also cited the driver’s failure to stop for the truck, which was parked with its emergency lights on, in the Jan. 22, 2018, collision, which caused no injuries. The driver’s actions were “due to inattention and overreliance on the vehicle’s advanced driver assistance system,” the NTSB said in a final report released Wednesday.

The vehicle’s design “permitted the driver to disengage from the driving task” the agency said, adding that the driver was using the system “in ways inconsistent with guidance and warnings from the manufacturer.”

The findings are the latest to put the coming wave of automated driving machines under a microscope over doubts about their safety and how they interact with the humans behind the wheel. In 2017 the agency cited the Tesla system’s design as a contributor to a fatal 2016 crash in Florida, prompting two recommendations to the company and other manufacturers to improve the safety of partially autonomous driving tools.

Tesla didn’t immediately respond to a request for comment on the report. After the accident, Tesla issued a statement saying that Autopilot is “intended for use only with a fully attentive driver.” The company said it has taken steps to educate drivers about the need to keep their hands on the steering wheel and be prepared to take over from Autopilot, which it calls an “advanced driver assistance system” that is not intended to turn the vehicle into an autonomous car.

In the January 2018 incident, the Tesla driver had been traveling in a left-hand carpool lane on Interstate 405 in Culver City, California, behind a large SUV or pickup, according to NTSB records. That vehicle changed lanes just before reaching the fire truck and a Highway Patrol car, which had stopped in response to a previous accident and were each flashing their emergency lights.

When the other vehicle changed lanes, the Tesla sped up and hit the truck at a speed of 31 miles per hour, NTSB said.

The Tesla driver said he was looking forward, but was unable to see the fire truck with enough time to avoid the crash, according to the NTSB.

An eyewitness, however, told investigators and police that the Tesla driver had been looking down at what appeared to be a mobile device moments before rear-ending the fire truck. The NTSB found no indication that the Tesla driver had been texting or making a call at the time, but couldn’t determine whether the phone was being used for other purposes.

The Tesla driver, a 47-year-old man who was driving to work, had bought the car used about six months earlier. He said he purchased it partly as a result of its Autopilot feature, which helps with some braking and acceleration functions as well as steering.

He said he obtained a manual for the car, but didn’t read it. A salesman at a Tesla dealership instructed him on how to use Autopilot.

The owner’s manual contains numerous warnings about the car’s ability to automatically follow traffic. It is “not a collision warning or avoidance system,” the manual said in one section. It also said drivers should “never” depend on it to slow down the car.

Out of the final 13 minutes and 48 seconds prior to the crash, the driver’s hands were detected on the steering wheel for 51 seconds, according to NTSB.

The car issued a visual alert telling the driver to put his hands on the wheel four times and sounded an audible warning once during that time. His hands weren’t detected on the wheel for the final 3 minutes and 41 seconds, according to the report.

The NTSB in 2017 cited Tesla’s design of Autopilot as a contributing factor in a 2016 fatal crash in Florida. In that accident, the car essentially drove itself into the side of a truck that its sensors didn’t detect. The Tesla driver died.

“The system gave far too much leeway to the driver to divert his attention to something other than driving,” NTSB Chairman Robert Sumwalt said at the time.

In that report two years ago, the NTSB issued multiple recommendations to industry and government to tighten restrictions on how such automation systems can be used to push drivers to pay better attention.

Still pending are NTSB probes of other Tesla crashes involving the Autopilot system, including a March 2018 fatal collision in Mountain View, Calif., and another last March in Delray Beach, Fla. The safety board also is examining the risks of the electric car’s lithium-ion batteries, which have burned after several accidents and are difficult to extinguish.

Tesla Strikes Deal for Nickel for Batteries to Ensure Supply