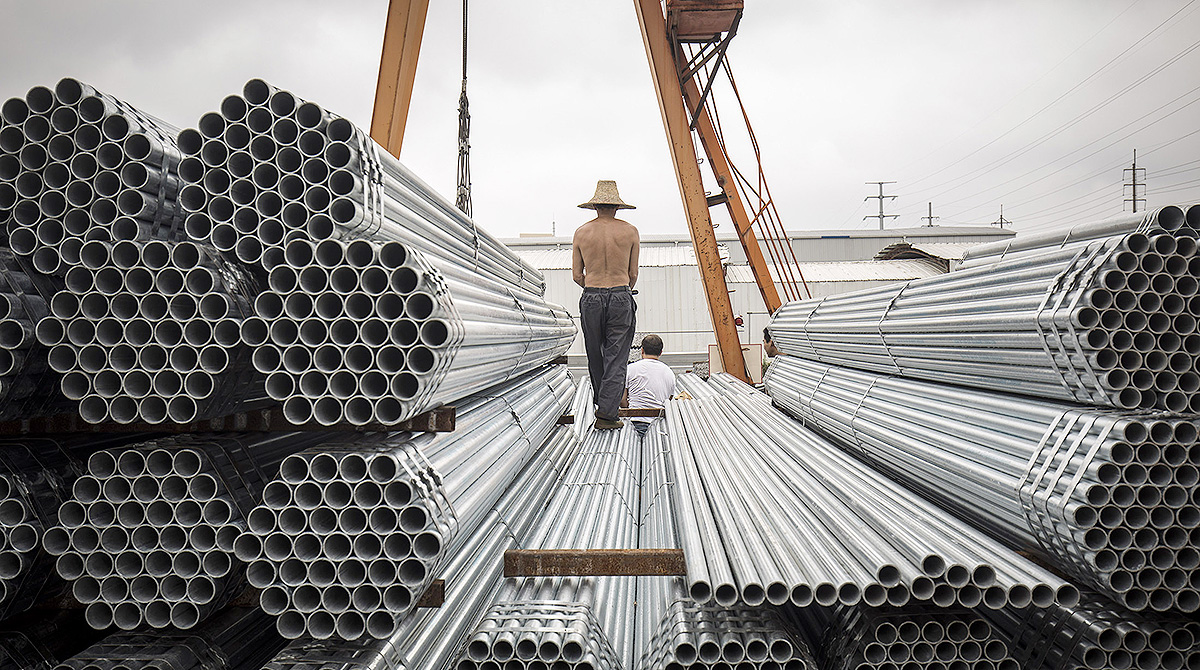 Workers prepare to lift bundles of steel pipe with a crane at a stockyard on the outskirts of Shanghai. (Qilai Shen/Bloomberg News)

The U.S. Supreme Court refused to question President Donald Trump’s imposition of more than $4 billion in steel tariffs, turning away an appeal that challenged his use of national security as the legal justification for his trade agenda.

The appeal by a steel industry trade group and two of its members contended that the provision Trump invoked, known as Section 232, gives the president such broad discretion to impose tariffs on national security grounds that it violates the Constitution.

“Section 232 essentially turns over to the president the entirety of Congress’ constitutional power to impose tariffs and other restrictions on imports,” the American Institute for International Steel argued in urging the court to take up the case.

Trump imposed the 25% steel tariff, along with a 10% duty on aluminum imports, in March 2018. Some countries, including Brazil and South Korea, have negotiated deals to avoid the tariff, and Trump this year dropped the duty for imports from Canada and Mexico. But the tariffs still apply for much of world, including the European Union, China and Japan.

Trump is now threatening to invoke Section 232 to place tariffs on imported automobiles and parts.

The Trump administration urged the justices to reject the appeal, saying that “common sense and the inherent necessities of governmental coordination support a grant of discretion to the president” when it comes to national security.

The Supreme Court upheld Section 232 in 1976, saying it gives sufficient guidance to the president to pass constitutional muster.