Stocks Sink Under Weight of Another Collapse in Oil Prices 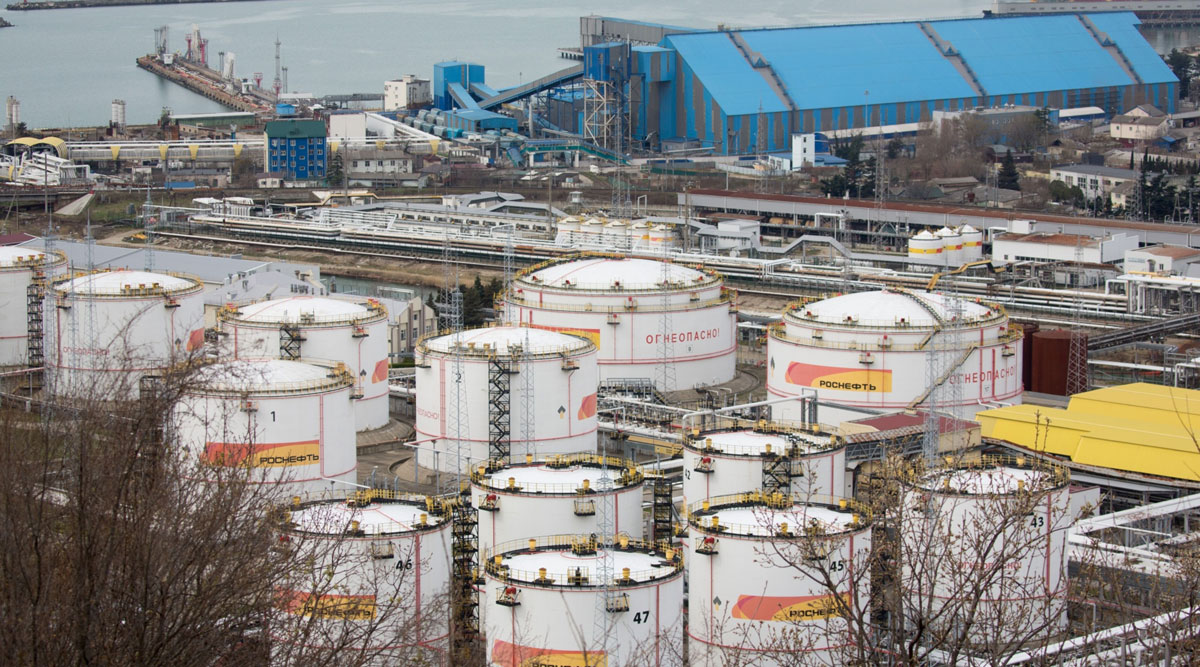 NEW YORK — Stocks have fallen in early trading on Wall Street April 20, as energy stocks get hammered by the latest collapse in the price of oil.

The S&P 500 was down 1% after the first 15 minutes of trading, ahead of a busy week where dozens of CEOs at the biggest U.S. companies are scheduled to show investors how badly the coronavirus outbreak hit their profits in the first three months of the year.

The losses ate into some of the big gains the market has made since late March, driven lately by investors looking ahead to parts of the economy possibly reopening as infections level off in hard-hit areas. Pessimists have called the rally overdone, pointing to the severe economic pain sweeping the world.

That pain is perhaps most prevalent in the oil industry, where idled factories and automobiles around the world have forced demand for energy to collapse.

The contract for oil delivery in May is close to expiring, so trading is much more active in the June contract. But both are dropping sharply on the same fear: Demand for oil has shriveled so much — while producers continue to pull it from the ground — that facilities for storing crude in Oklahoma are close to running out of room.

Among them was Halliburton, which fell more than 5% even though it reported stronger profit and revenue for the first three months of 2020 than analysts expected. The oilfield services provider said that the pandemic has created so much turmoil in the industry that it “cannot reasonably estimate” how long the hit will last. It expects a further decline in revenue and profitability for the rest of 2020, particularly in North America. The company ranks No. 6 on the Transport Topics Top 100 Private Carriers list.

Brent crude, the international standard, was down $1.38, or 4.9%, to $26.70 per barrel. Big oil-producing countries have agreed to cut production to help balance supplies with demand, but many analysts say the cuts are not sharp enough to lift prices.

“Basically, bears are out for blood,” analyst Naeem Aslam of Avatrade said in a report. “The steep fall in the price is because of the lack of sufficient demand and lack of storage [space] given the fact that the production cut has failed to address the supply glut.”

In Tokyo, the Nikkei 225 fell 1.1% after Japan reported that its exports fell nearly 12% in March from a year earlier as the pandemic hammered demand in its two biggest markets, the U.S. and China.

U.S. Treasury yields remained extremely low. The yield on the 10-year Treasury slipped to 0.62% from 0.65% late April 17. It started the year near 1.90%. Bond yields drop when their prices rise, and investors tend to buy Treasurys when they’re worried about the economy.

The S&P 500 has trimmed its loss by roughly half since falling from its record in February. It’s now down about 16% from its high, after being down 33% in late March.

Oil Falls on Growing Chorus of Warnings About Demand Recovery