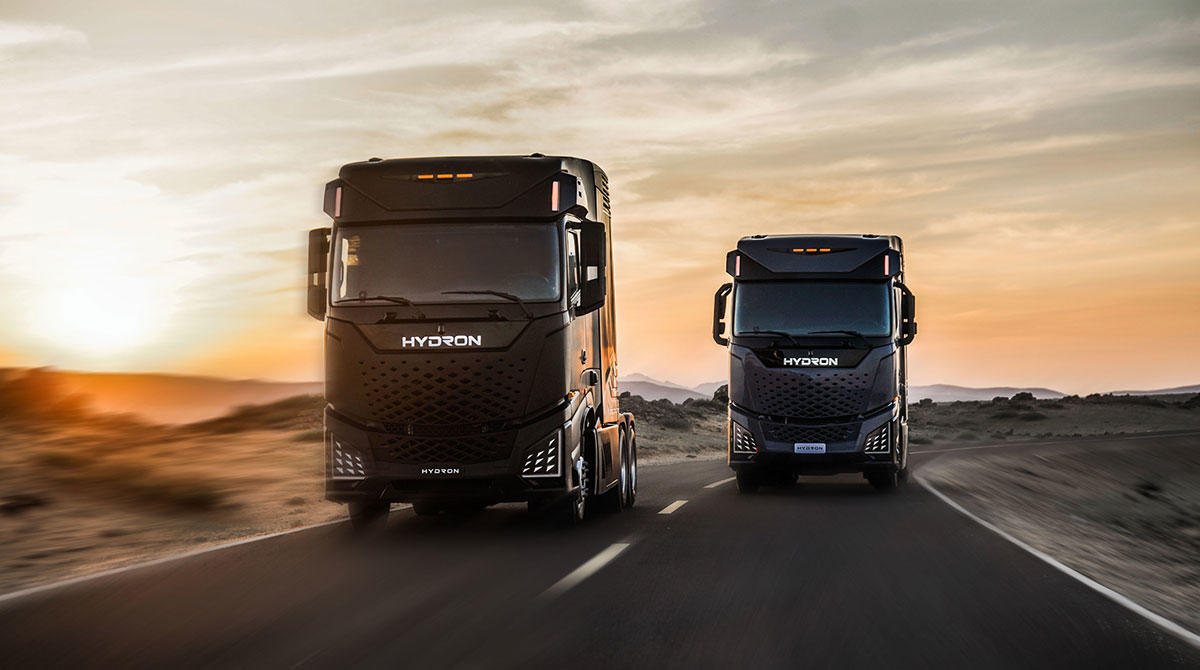 Chen is its CEO, and Hydron is privately held and not affiliated with TuSimple.

“Hydron is an original equipment manufacturer and will develop, manufacture, and sell a portfolio of autonomous-ready trucks powered by hydrogen fuel cells,” Chen told Transport Topics. “Our goal is to begin production of our first-generation truck in Q3 of 2024,” — coming with the needed set of sensors, computing units and redundant actuators to meet Level 4 autonomous driving requirements.

“Between now and then our focus will be on fundraising, continuing to attract top talent and building our manufacturing facility,” he said.

The manufacturing facility is planned to be located in North America to better address what the company referred to as “U.S. supply chain challenges.”

Chen said, “Hydron has a direct-to-customer sales model where the majority of the order transaction is completed online.”

The company noted its aspirations include eventual markets in Europe and the Middle East.

While Hydron does not currently manufacture hydrogen, he said, it does plan to work with leading hydrogen suppliers to become a provider of hydrogen refueling infrastructure in key freight corridors.

Chen said the U.S. Department of Energy’s recently announced efforts, together with its academic and industry partners, to bring clean hydrogen to the forefront of alternative fuels could only help.

“I am here today to tell you we are really on the cusp of hydrogen’s big moment. And this administration is really gearing up to make the most of it,” DOE Secretary Jennifer Granholm said in a recent online presentation a few days before Hydron’s announcement.

DOE set an ultimate goal, through its Hydrogen Earthshot project, to slash by 80% the cost of clean hydrogen — at the point of production — to $1 per kilogram in one decade.

Granholm also announced DOE issued its notice of intent to provide $8.5 billion for the development of at least four clean hydrogen hubs across the country —at least one producing clean hydrogen from fossil, one from nuclear, and one from renewables — calling the notice the first step needed to get the funding out.

“We see the DOE’s support of hydrogen as a huge positive that will benefit both the country,” Chen said, “and the industry.”

Hydron assigned itself an arduous task.

Established U.S. truck makers such as Daimler Trucks North America, Paccar Inc., Volvo Group and Navistar — which each month combine for 100% of U.S. Class 8 retail sales — are each pursuing autonomous truck technology partnerships and preparing to offer those trucks under their respective brands, as well as taking their own early steps toward a hydrogen fuel market.

Then there is Nikola Motor Corp. once a startup and now publicly traded, it has a brand new assembly plant in Arizona and a manufacturing joint venture in Europe with Iveco, a service and dealership network, its first battery-electric vehicles on the road and plans well underway for heavy-duty hydrogen-powered trucks and fueling infrastructure.

But Chen, a Canadian entrepreneur, has the reputation of knowing the industry, the players, the competition and exactly what is needed to make a truck autonomous-ready based on his experience with TuSimple.