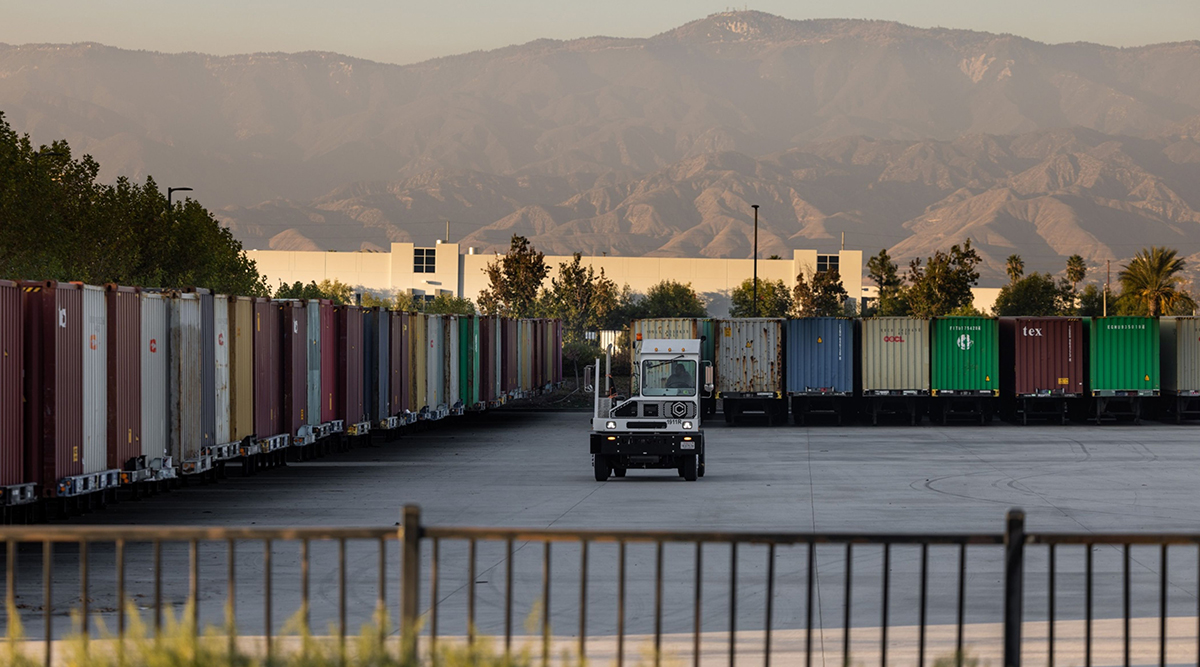 Record numbers of cargo ships bob in the waters off Southern California, unable to unload. A late shipment of patio furniture gets moved — three times — before finding a home for the winter. With no warehouse space, a crew assembles holiday displays in a parking lot in an effort to get them to clients on time.

Take B.J. Patterson, CEO of Pacific Mountain Logistics in San Bernardino, Calif. He had to make room for new goods coming in, so the patio furniture, which arrived from China too late for the summer sales season, had to go. It got moved first to Nevada, then to Arizona, and finally to Texas.

“It’ll sit there till spring comes and they’ll try to sell it,” he said. “There’s going to be a lot of cheap patio furniture out there.”

A complex web of factors, exposed by the COVID-19 pandemic, is snarling supply chains: Severe labor shortages, antiquated infrastructure, containers in the wrong places and free-spending U.S. shoppers spurring an import surge have all disrupted the normally synchronized flow of global trade.

“I think it’s going to get worse,” Hamid Moghadam, CEO of industrial landlord Prologis Inc. said during a company presentation last month. “The short-term problem, I think, is going to be with us through 2023.”

His company and other major warehouse owners like Blackstone Inc. are the winners in this logistical logjam, with rents that are skyrocketing more than 30% in some of the hottest U.S. markets. Vacancies of 1% or less aren’t unheard of in gateways such as Southern California.

Blackstone also is booking gains on its holdings as valuations rise. Since September, the firm has cashed out almost $1.3 billion by refinancing two mortgages on industrial properties, according to reports by Moody’s Investor Service and Fitch Ratings. And one of the firm’s portfolio companies, Link Logistics, is spending $5 billion to build 30 million square feet of new space. 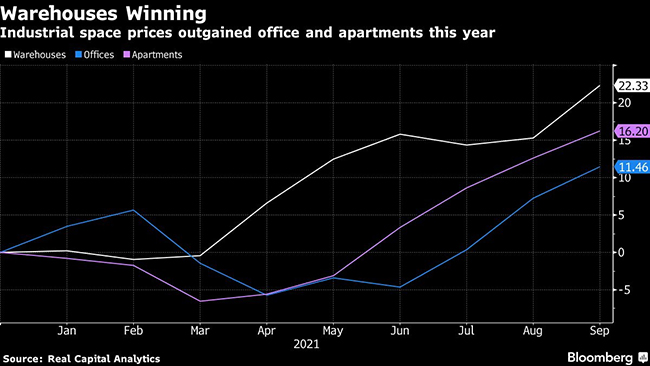 Congestion is palpable in Southern California, where redistribution and fulfillment centers process Asian imports for the likes of Amazon.com Inc. and The Home Depot Inc. In the Inland Empire, east of Los Angeles, about 20 million square feet of new space is under construction in a market that needs 50 million square feet to meet demand, CBRE Managing Director Ian Britton said.

Another effect of supply chain snags: Delayed shipments of building materials like doors and conveyor belts are stalling construction of new logistics properties.

“Our subcontractors can’t hold their bids with prices or delivery dates as they simply don’t know when they will get materials,” said Fran Inman, senior vice president of Majestic Realty Co., a Southern California-based warehouse owner. “It’s a giant Rubik’s Cube of co-dependency.” 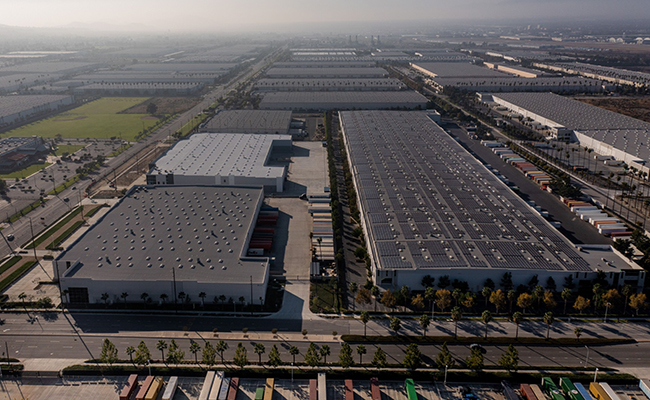 About 100 ships are waiting to unload at the ports of Los Angeles and Long Beach, nearly double the number docked at berths in the sprawling complex, the Marine Exchange of Southern California reported. Once offloaded, goods sit on docks for days, with 18 containers per available truck in the region, according to C.H. Robinson Worldwide Inc., the largest U.S. third-party logistics manager.

The warehouse shortage forced a Robinson crew to unload containers in a parking lot last month, because there wasn’t room inside to repackage goods in time for clients.

Workers combed through boxes to beat Halloween deadlines, “setting down Christmas lights for the moment and pulling out witches on brooms to be shipped,” said Jim Mancini, the company’s vice president for North American surface transportation. “Right there in the parking lot, we built displays that could go straight to a storefront.”

“A lot of spring goods got here late and didn’t sell, and then a lot of Christmas stuff came early because they were afraid of being late,” he said. “This is the biggest challenge I’ve faced in my career.”