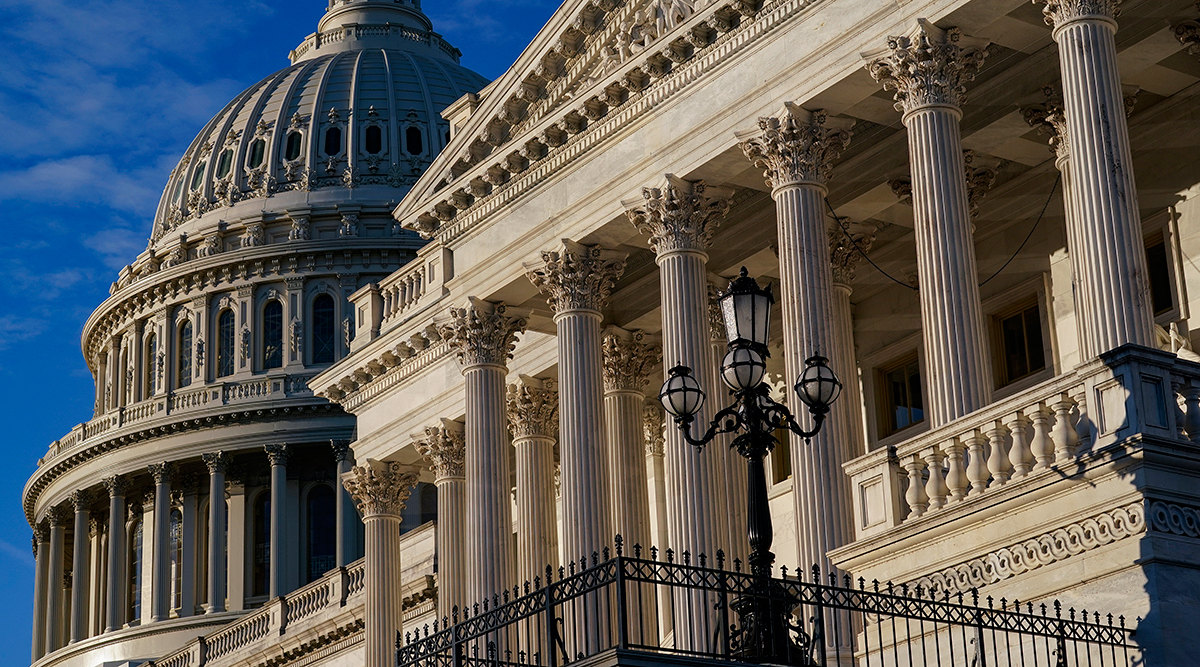 The Senate side of the U.S. Capitol. (J. Scott Applewhite/Associated Press)

WASHINGTON — The Senate narrowly approved a resolution Dec. 8 to nullify the Biden administration’s requirement that businesses with 100 or more workers have their employees be vaccinated against the coronavirus or submit to weekly testing.

The vote was 52-48. The Democratic-led House is unlikely to take the measure up, which means the mandate would stand, though courts have put it on hold for now. Still, the vote gave senators a chance to voice opposition to a policy that they say has sparked fears back home from businesses and from unvaccinated constituents who worry about losing their jobs should the rule go into effect.

“Every so often Washington D.C. does something that lights up the phone lines. This is one of these moments,” said Sen. Steve Daines (R-Mont). At home, he said, “this issue is what I hear about. This issue is a top-of-mind issue.”

Lawmakers can invalidate certain federal agency regulations if a joint resolution is approved by both houses of Congress and signed by the president, or if Congress overrides a presidential veto. That’s unlikely to happen in this case.

Under the rule, private-sector companies with 100 or more workers must require their employees to be fully vaccinated against COVID-19 or be tested for the virus weekly and wear masks on the job. Exemptions are provided for religious reasons and for those who work at home or only outdoors.

American Trucking Associations, along with three state trucking associations and a number of groups representing various facets of the supply chain, are among those who sued.

Challenges to the mandate have been consolidated in the U.S. 6th Circuit Court of Appeals, which is considering the case.

The Occupational Safety and Health Administration said it would work with companies on compliance but would fine them up to more than $13,000 for each violation, though implementation and enforcement is suspended as the litigation unfolds. 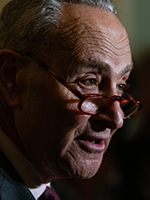 Senate Majority Leader Chuck Schumer (D-N.Y.) said Americans who have refused to get vaccinated are the biggest impediment to ending the pandemic. He implied that some of the resistance to mandated vaccines is based on politics.

“Some of the anti-vaxxers here in this chamber remind me of what happened 400 years ago when people were clinging to the fact that the sun revolved around the Earth. They just didn’t believe science. Or 500 years ago when they were sure the Earth was flat,” Schumer said. 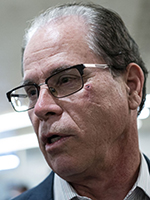 Schumer said social media has played a role in spreading falsehoods about the vaccine, and “so has the far right.” He urged senators to vote against the resolution, sponsored by Sen. Mike Braun (R-Ind.).

Republicans said they are supportive of the vaccine, but that the mandate amounts to government overreach.

“His mandates are under fire in the courts. Main Street job creators are complaining against it, and tonight, the U.S. Senate must send a clear message: Back off this bad idea,” Braun said.

In the end, two Democratic lawmakers voted with 50 Republicans to void the mandate, Sens. Joe Manchin of West Virginia and Jon Tester of Montana. Manchin had said in a tweet that he does not support any federal vaccine mandate for private businesses. Tester’s office said his opposition is based on conversations with Montana businesses who “expressed deep concerns about the negative effect on their bottom lines and our state’s economy during this fragile recovery period.”

The White House released a statement earlier this week stating that Biden’s advisers would recommend he veto the resolution in the unlikely event it makes it to his desk.

“The president wants to see Americans back on the job, and Americans back at work should not face risk from those who are not vaccinated and who refuse to be tested,” the White House said.

Deaths in the United States stemming from COVID-19 are running close to 1,600 a day on average. The overall U.S. death toll less than two years into the pandemic could soon reach 800,000.