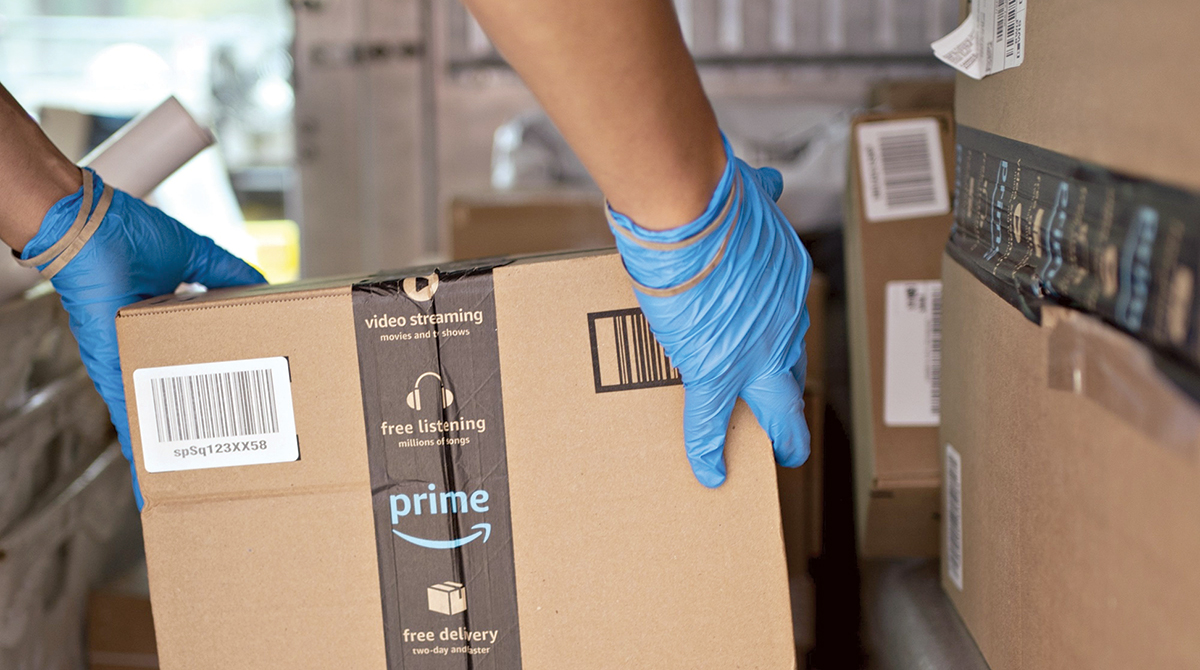 One San Francisco lawmaker wants to put a pause on projects including a new Amazon distribution center. (Andrew Harrer/Bloomberg News)

A San Francisco supervisor has introduced legislation that would seek to place an 18-month moratorium on all new parcel delivery services in the city, including Amazon’s proposed 725,000-square foot, last-mile logistics center in Showplace Square.

Shamann Walton, who represents the neighborhood where the logistics center will be located, introduced the legislation Feb. 15.

Walton said big companies need to have conversations with local residents about large projects planned for their communities.

“As a community, we must be allowed to decide if we want these types of facilities and businesses, and not just to be told that they are moving into our neighborhood,” he said at Feb. 15’s board of supervisors meeting.

The move, backed by the Teamsters and the United Commercial Food Workers, is the latest battle in the war between organized labor and Amazon, which has planned or already opened more than two dozen distribution centers throughout the Bay Area.

Jim Araby, strategic campaign director with the United Food & Commercial Workers, said Amazon has been aggressively buying and leasing “last-mile” warehouses throughout the Bay Area, spending more than $1 billion acquiring properties that are zoned for industrial uses or distribution.

“They need to build as quickly as possible with as few roadblocks as possible,” he said.

He said the 18-month pause would allow the city to come up with regulations that would help ensure that parcel delivery services don’t adversely impact local residents with traffic, pollution and noise, and that the workers hired would be treated fairly.

“The city needs the tools necessary to evaluate the impact of this project,” Araby said.

Doug Bloch, political director at Teamsters Joint Council 7, said the legislation represents an escalation in the “trench warfare” the unions have been engaged in against Amazon over the past few years as the company has sought to build warehouses in and close to urban areas Contra Costa County, Morgan Hill, Santa Rosa, Hayward, Gilroy and San Jose.

“The battle has come to San Francisco — this is the big one,” he said. “This is San Francisco saying we need to pause and evaluate this project and what it means for our communities and our workers.”

Bloch said a fight in San Francisco “could have national implications” as Amazon pushes to locate its logistic facilities in the urban core of big cities.

The site where Amazon is hoping to build a warehouse has, for decades, been home to Recology, a trash hauling company. Recology sold it to Amazon for $200 million after unsuccessfully trying to rezone the land for about 1,000 housing units. The property, which abuts California College of the Arts and is at the edge of the city’s design district known as Showplace Square, is zoned for “Production Distribution and Repair,” which means that Amazon does not need any zoning variances in order to built there.

The previous effort to build housing there was strongly opposed by nearby residents in the Dogpatch and Potrero Hill neighborhoods.