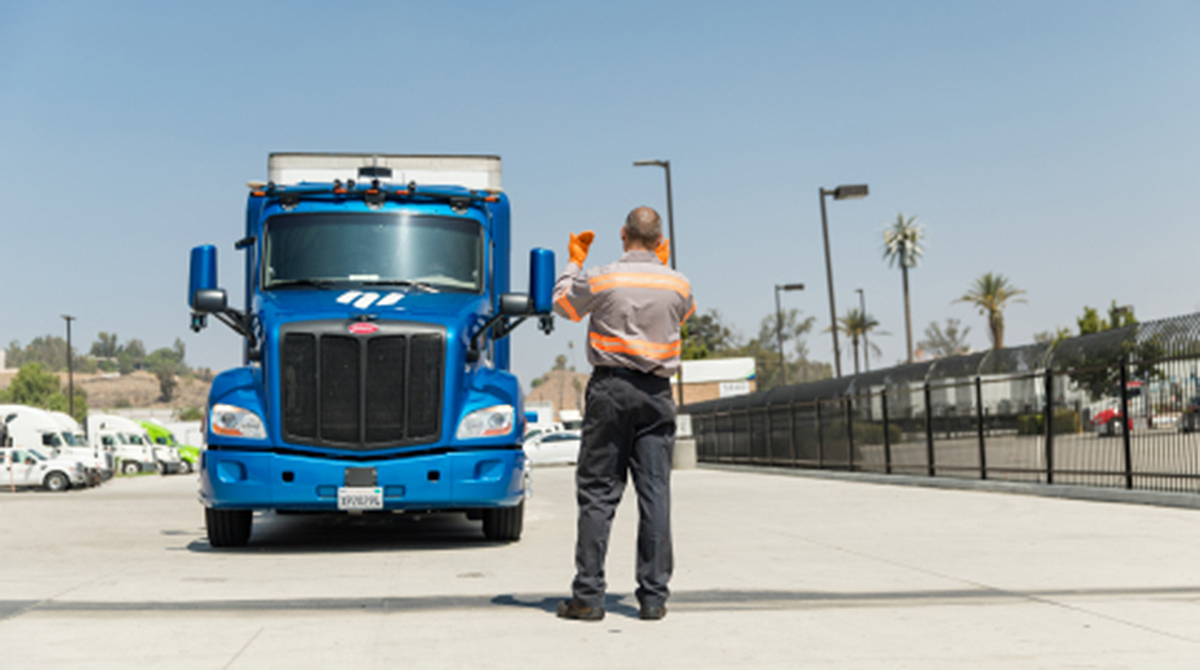 A Ryder technician guides an Embark autonomous truck with a safety driver behind the wheel in Riverside, Calif. (Business Wire)

Ryder System and Embark Trucks are launching a nationwide network of transfer points that will be used to transition shipments from driverless longhaul trucks to driver-enabled last-mile trucks, the companies said Sept. 21.

Embark fleet partners that utilize its autonomous technology will have access to the sites once they launch.

“The situations that they can optimize for autonomy is really on the highways,” Michael Plasencia, group director of new product strategy at Ryder, told Transport Topics. “There are no traffic lights, left-hand turn, you don’t have to worry about school zones or somebody jumping in front of you on a bicycle. And that is the sort of stuff you’re going to get in the final mile.” 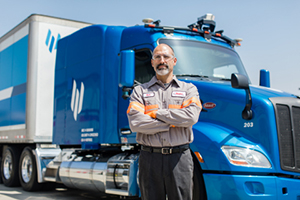 A Ryder tech stands in front of an Embark autonomous truck. (Business Wire)

Their goal is to create up to 100 transfer points that will be strategically located across the country.

Ryder plans to serve as an operator for the sites as part of the partnership. It will manage the logistical operations throughout the yard, perform inspections and provide maintenance services.

“The autonomous trucks are best equipped to handle highway driving rather than complex city driving,” Sam Abidi, head of business development at Embark, told TT. “The way that you get the trucks out on the road the fastest and deliver the most value to customers is by focusing on running just that highway portion. Obviously, that necessitates that you have a spot, a piece of real estate, where the truck can pull off and unload.”

Embark has made a few transfer points already starting in 2019. The goal of the partnership is to greatly expand that network. The companies will initially focus on key freight markets in California, Arizona, Texas, Georgia, Tennessee and Florida. The first sites are expected to open in early 2022 in preparation for a larger commercial launch in 2024. 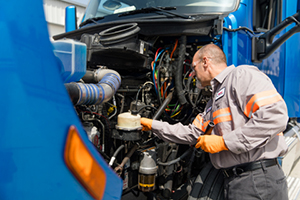 “We see this as kind of having the best of both worlds,” Abidi said. “The autonomous trucks are doing the long, overnight hauls, driving a thousand miles away from home and then the human drivers getting the local drive, interacting with the customers at the endpoint, navigating complex city streets.”

The transfer points will vary depending on the needs of a certain area. But generally, they will not look too dissimilar from existing transfer yards. There will be a fenced-off area for parking, a gated access point, some facilities and possibly fueling stations. The process that the truck goes through when entering the yard is where the most notable differences will be.

“It’s going to start with accepting the truck, then doing the post-trip inspection, then taking the load to the back, then potentially fueling the truck,” Plasencia said. “Ultimately when you think about these hubs, just think about what are the services that can be done when there’s no driver.”

Ryder and Embark plan to start simple at first. But once the transfer points are operating and the concept has proven itself the plan is to discuss the next steps. That will come in the form of more transfer points but also integrating technologies into the sites to improve efficiencies.

Plasencia said that some of these technologies may range from gate management to remote diagnostics on the vehicle. That way information about the truck can be provided to the onsite staff even before inspections occur. Plasencia even pictured an autonomous yard truck taking loads where they’re supposed to be within the yard.

“Our mentality on this is to start simple, get it operating and then start to bring in some of the newer technologies,” Abidi said. “Those are the types of things in the future we may look to build into something like this. But for now, the thought is to start simple, get it up and running and then figure out how to leverage some of the newer technology for increased efficiencies.”