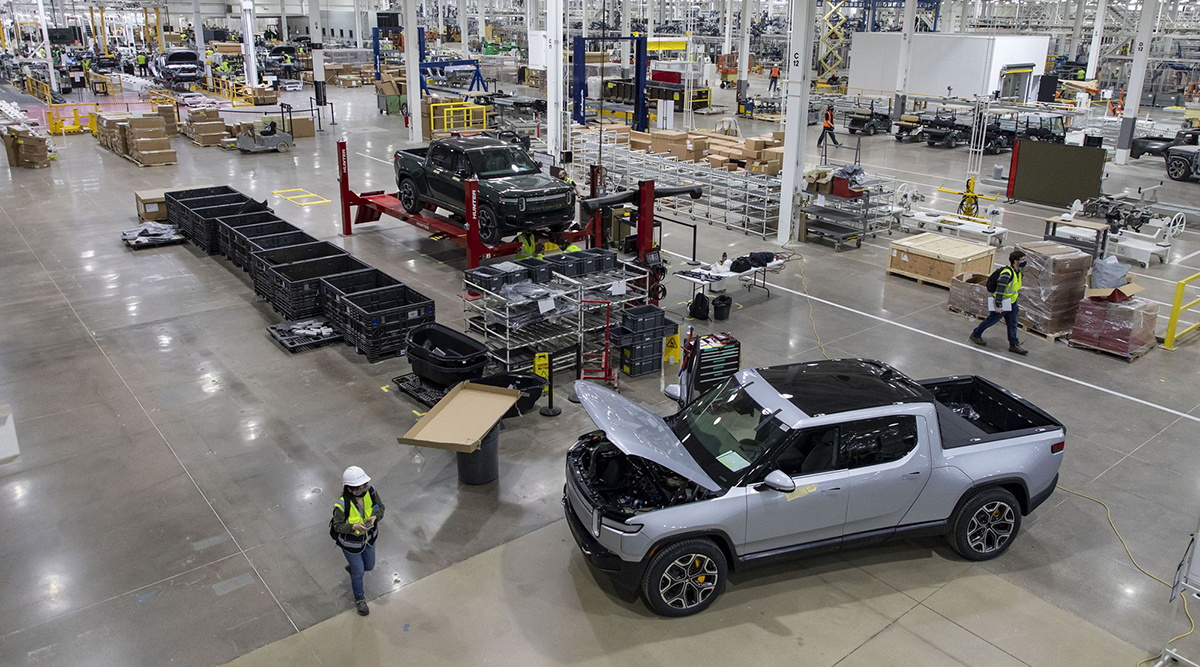 A development authority east of Atlanta has voted to approve an “economic development agreement” for the planned $5 billion Rivian factory, outlining terms with the electric vehicle company, including environmental standards and taxpayer-backed incentives.

The agreement is a key milestone for the Georgia project planned near Social Circle and Rutledge and sets the stage for grading, permitting and other work to begin. But full details of the pact are not yet public and likely won’t be until early next week after the documents have been signed by the state and Rivian, spokespeople for the state and the local authority said April 26.

The deal between the Joint Development Authority (JDA) of Jasper, Morgan, Newton, and Walton counties, the state and Rivian comes just days after the state held the first of 16 community engagement meetings to address residents’ concerns. Opponents of the Rivian plant have expressed fears about traffic, environmental issues, loss of farmland and overdevelopment.

Rivian has promised to create 7,500 jobs in what state officials have called the largest economic development project in the state’s history.

“The positive generational effects will be tremendous for the area, and we look forward to being able to celebrate the full scope of this project in the near future,” Georgia Department of Economic Development Commissioner Pat Wilson said in a news release.

The boards of tax assessors in Walton and Morgan counties also have given their approval this week to a long-term rental agreement for the nearly 2,000-acre site, which will be owned by the state and straddles both counties. The agreement outlines certain land use terms and tax exemptions.

Senior state officials have told The Atlanta Journal-Constitution that the Rivian incentive package is likely to include tax exemptions, tax credits for jobs created, infrastructure improvements that could include a new interchange along I-20 near the future plant and free worker training.

Gov. Brian Kemp’s budget proposal included $125 million for land and worker training costs. But that is likely to be just a fraction of the state and local incentives.

California-based Rivian has said it will build its flagship R1T truck and R1S SUV along with battery-powered electric delivery vans at the site along I-20.

Though state political and business leaders have signaled support for Rivian, there is substantial local opposition to the plant, which threatened to derail rezoning of 2,000 rural acres for industrial use. Former U.S. Sen. David Perdue, who is challenging Kemp in the Republican primary, has slammed the governor over the Rivian project and the lack of transparency surrounding it.

The state took over the project and ownership of the land from the JDA to bypass zoning votes. The state also set up four committees to address community concerns. The first public meeting was held last week, and members of Site Design and Environmental Committee received an earful from upset residents.

“We’re surprised they are planning to sign any important agreements after only one of 16 planned public meetings,” landowner Felton Jenkins said of the state, the JDA and the automaker. “Also, (the) state most importantly needs to form a fifth committee to find an appropriate location for the massive Rivian factory complex. Two thousand acres of greenspace in rural Georgia is a wholly inappropriate site.”

A spokeswoman for Rivian declined to comment until the deal is signed.

Rivian Stumbles in Earnings Debut With Miss on EV Output