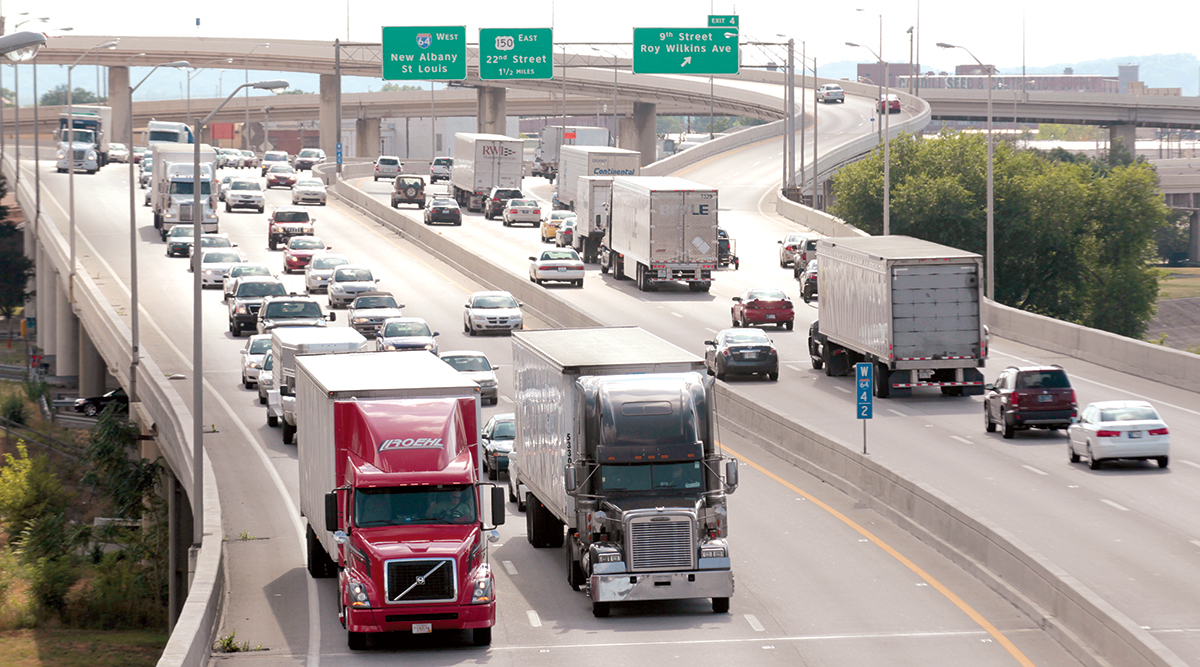 The U.S. gross domestic product will decline by more than 20% on an annualized basis in the second quarter as a result of the coronavirus and the economic shutdown, American Trucking Associations’ chief economist forecasts.

“We will never have experienced — since they began making quarterly GDP numbers — the number that is about to hit us for the second quarter,” Bob Costello told Transport Topics. “I’m not a doctor, I’m not a health expert, so what makes this difficult for people like me is what I can’t tell you: When is this going to end?”

If you’re expecting normal to be something like it was before March 11 when most of the nation shut down, Costello said that won’t happen soon.

I was talking to some fleets, and this is extreme, they said this was the greatest time they had ever seen. Then, I was talking to another fleet that said, 'I have no freight, zero.'

“The second quarter is going to be atrocious; the third quarter could be down a little bit,” he said.

The federal government’s advanced estimate of GDP, the sum of all goods and services produced within the nation’s borders, is due July 30 for the second quarter. The first quarter is due April 29, but the period was near complete by the time the coronavirus devastated the country.

In the past month, the nation’s unemployment rate jumped to 4.4% from 3.5%. Still, economists said that number is irrelevant because it excludes the now more than 22 million people who have filed for unemployment benefits after their jobs were abruptly shuttered. On April 16, the Labor Department reported another 5.25 million Americans filed for unemployment. The numbers are the largest since the Great Depression of the late 1920s and early ’30s.

Also, in an April 14 report, the International Monetary Fund said the world economy in 2020 would suffer its worst year since the Great Depression. IMF said it expects the global economy to shrink 3% this year, far worse than its 0.1% dip in the Great Recession year of 2009.

Costello is cautiously optimistic that if medical and government officials can slow the spread of the coronavirus and reopen the economy without vast numbers of people becoming ill, the fourth quarter could show the signs of a recovery.

“You’ll go from seeing the worst quarter in our lifetime to some of the best quarterly numbers, in the fourth quarter that we have seen in decades,” he said. “But here’s the thing about forecasting: It’s a lot of data science and a lot of art. But it’s a lot more art than it used to be. There are so many things we don’t know.”

IMF also is optimistic about 2021, forecasting world growth at 5.8%.

But as for right now, Costello is sure of one thing.

“We are in a recession,” he said. “The longest expansion in history is over. You can’t have 17 million people go on unemployment and not be in a recession.”

According to the Portland, Ore.-based trucking-industry tracking company, spot load volumes increased significantly during the first three weeks of March. However, that dramatically dropped the last week of the month “below seasonal norms.”

Spot rates also increased in March, but all of that came in the first 22 days.

Including fuel surcharges, spot van rates averaged $1.87 per mile nationally in March, up 8 cents from February and 4 cents from March 2019. At $2.19 per mile, the national average reefer rate added 10 cents compared with February and matched the average rate of March 2019.

The national average flatbed rate added 4 cents month-over-month to $2.19 per mile, a 15-cent decline from March 2019.

“The increases in March were based on exceptional demand from shippers through March 22, at which point the market turned dramatically,” said Peggy Dorf, senior market analyst at DAT. “Consumers and supply chains began to adjust to disruptions caused by the COVID-19 pandemic, and the urgency to replenish inventory and secure available capacity on the spot market fell significantly.”

While many trucking fleets are exceptionally busy, Costello said there is a significant disparity in the industry. For example, trucking firms that supply grocery stores, hospitals and clinics are working around the clock. But those that carry items such as automotive parts to plants or deliver food to restaurants are struggling.

“The initial surge is pretty much over. I was talking to some fleets, and this is extreme, they said this was the greatest time they had ever seen,” he said. “Then, I was talking to another fleet that said, ‘I have no freight, zero. I don’t have any. I have never seen extremes like this.’”

Costello said the extremes will even out soon, and a slowdown in trucking in all sectors is coming.

“If you buy 50 cans of soup, at some point, you have to stop buying soup and have to start eating soup,” he said. “You gotta start eating some of this stuff. The question is how long this lasts.”