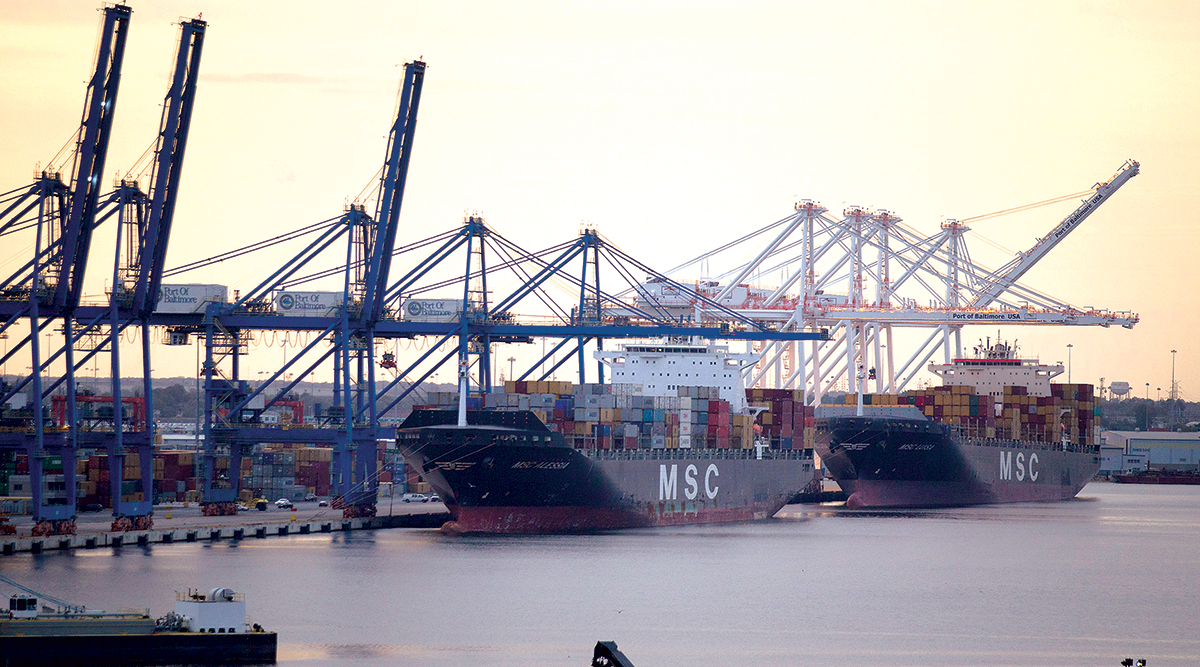 A proposal is advancing to deposit dredge spoils from the Port of Baltimore onto two eroding Chesapeake Bay islands.

Federal and state officials agreed on a plan to launch design and engineering work this year to restore Barren and James islands. The islands and others around the middle portion of the bay have lost 10,500 acres over the past 150 years, according to the Army Corps of Engineers.

“It’s going to be essential to the future success of the Port of Baltimore,” Van Hollen said.

They would replace Poplar Island as a deposit site for port dredge spoils, providing space for as much as 95 million cubic yards of dredge material over 40 years. Poplar Island is expected to reach its capacity for the sediment in 2032.

The port has experienced significant growth in cargo loads, with a record 43 million tons of international cargo crossing state-owned and private marine terminals last year. Port officials are hoping for more growth after an agreement was recently struck to spend $125 million in federal grants on reconstruction of the 125-year-old Howard Street Tunnel, allowing double-stacked cargo trains to pass beneath downtown Baltimore.

“In order to support the economic giant that is the Port of Baltimore, we need to continually dredge our shipping channels to accommodate the massive ships that are carrying more cargo than ever before,” Gov. Larry Hogan said in a statement. “This important dredging project will also help us stem the tide of erosion to preserve James and Barren Islands and protect Dorchester County residents from additional shoreline erosion.”

James Island was once as large as 1,300 acres, but eroded to less than half that area by the 1990s. It would be restored to a size of nearly 2,100 acres. Barren Island, already the site of marsh restoration work led by the National Aquarium and other groups, would become the site of 72 acres of wetlands.

The engineering and design work is set to begin right away, Army Corps officials said, with $5.8 million of a $9 million budget for that work already allocated. Work is scheduled to begin on Barren Island in 2022, and on James Island in 2024.

That depends on timely approval of more funding for what is expected to be a $1.7 billion project over its lifetime.

“This is a very important milestone in this project,” Van Hollen said. “Clearly it has a long way to go, but we’re very focused on making this happen.”