Projections Show World Could Run Out of Places to Store Oil 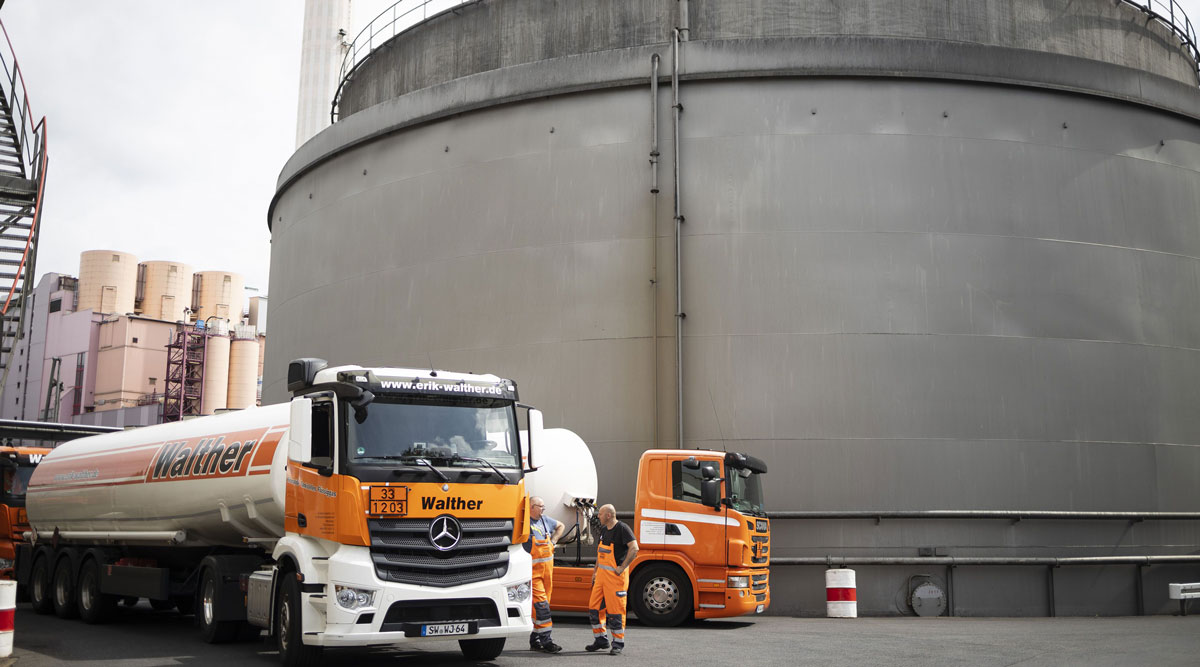 The world will run out of places to store oil in as little as three months, according to an industry consultant.

IHS Markit said that current rates of supply and demand mean inventories will increase by 1.8 billion barrels over the first half of 2020. With only an estimated 1.6 billion barrels of storage capacity still available, producers will be forced to cut output because by June there will be no place left to put the unwanted crude, it said.

The oil market has been hammered by falling demand as a result of the coronavirus outbreak, and as Saudi Arabia vows to flood the market with crude at deep discounts, following the collapse of the coalition of the Organization of Petroleum Exporting Countries and allies including Russia. On March 26, Pakistan banned imports of crude and fuels because its storage sites are full. Vitol Group and Gunvor Group, two of the world’s top merchants, say there’s heavy interest in storing while several traders have booked supertankers to hoard barrels at sea.

“Production is going to have to be reduced or even shut in,” said Jim Burkhard, head of oil markets at IHS. “It is now a matter of where and by how much.”

There are already signs in prices about a potential scarcity of storage space. In the U.S., the so-called WTI cash roll traded down at the lowest level since December 2008 on expectations that inventories at the delivery point for U.S. futures would balloon in coming weeks and months.

Brent futures are trading deep in a contango structure where spot prices are at discount to those in later months as the market tries to create the necessary financial incentives to store by pressuring near-term prices.

Measures of the physical market for actual barrels of crude also are pointing to weakness globally.

Of the world’s three largest oil producers, Russia has the least amount of available storage capacity at about eight days, IHS said. Those figures are based on the amount of production that could be stored if exports dried up. Saudi Arabia has 18 days, and the U.S. has 30. 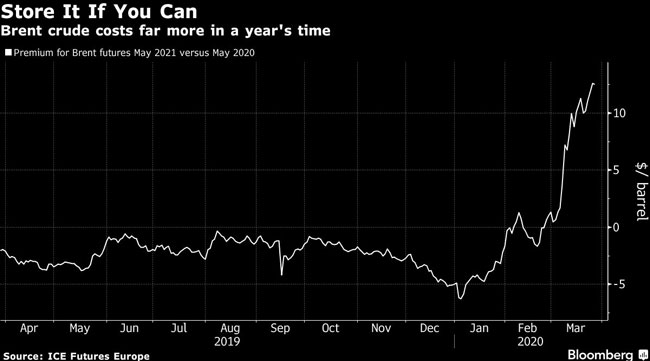 Nigeria, the biggest producer in Africa, is the most vulnerable among the areas measured by IHS. Estimated first-quarter 2020 daily production of 1.9 million barrels a day would fill up available local storage in 1 1/2 to two days, the firm said.

”With OPEC pushing output to record highs, inventories will quickly get out of hand,” the firm said in a note. “We will run out of crude storage capacity by early Q3 20, with product containment arriving earlier.”