It seems unremarkable to propose that everyone attached to the transportation industry — including motor carriers, truck drivers, regulators, industry groups and the motoring public — should favor efforts to increase safety. However, a recent effort in a state legislature illustrates how trial lawyers’ zeal to preserve rules that limit a carrier’s control over an independent owner-operator — specifically, as it relates to motor carrier deployment of safety technologies — threatens to impede progress in trucking safety.

Few would question that safety technologies have contributed greatly to improving trucking safety. As a study by the AAA Foundation for Traffic Safety has noted, safety technologies can be cost-effective and reduce crashes, but maximizing the benefits of these technologies, like video-based onboard safety monitoring systems, can necessitate training, coaching and monitoring of drivers. For carriers utilizing independent contractors, engaging in this type of training, coaching and monitoring of drivers can by law jeopardize a driver’s status as independent contractor. Referred to as misclassification, this can mean a loss of business flexibility and additional equipment and personnel costs for carriers, as well as a loss of flexibility and business opportunities for independent contractors. 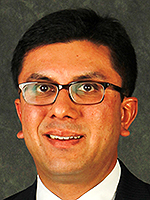 Working with a group of carrier and safety technology vendors in Tennessee and Arkansas, I helped craft narrowly targeted legislation that would remove action taken in pursuit of improving safety or safety compliance from evaluation of a driver’s status as an independent contractor or employee in those states — resolving the dilemma for carriers. This legislation was enacted with nearly unanimous, bipartisan support in those two states.

Unfortunately, the situation is different in Texas. The Texas Trucking Association pursued similar legislation in that state’s legislature, but the Texas Trial Lawyers Association (TTLA) expressed concern that the legislation would shield motor carriers from liability for accidents caused by independent contractors. Although federal law provides that motor carriers are responsible, the trucking interests I represented agreed to make it abundantly clear that nothing in the legislation would affect the liability of carriers in cases involving personal injury, wrongful death or property damage. In fact, the language included in the bill had been proposed by the trial lawyers to address their concern.

Despite this, TTLA proposed additional language which stipulated that no part of the legislation could affect employment status. This effectively gutted the purpose of the bill by continuing to allow the consideration of deployment of safety equipment in evaluating an operator’s worker status. As a result, the bill did not advance.

It is difficult for me not to reach the cynical conclusion that TTLA’s insistence on preserving the status quo was a result of putting their business interests ahead of efforts to improve safety and reduce the number of accidents. I have been around trucking long enough to understand the frustration motor carriers feel with plaintiffs’ lawyers that criticize carriers in courtrooms nationwide, asking why they don’t do more to improve safety while ignoring the strides trucking has made in reducing crashes. This experience shines a light on one group’s effort to scuttle safety-related legislation and calls into question TTLA’s support of efforts to improve highway safety for our industry and the motoring public.

We plan to try again in Texas and will also be pursing similar legislation in other states. Instead of being an obstacle, we invite the TTLA and trial lawyers everywhere to put aside their business interests and embrace efforts to use technology to improve safety.

Prasad Sharma is a partner in the D.C. office of Scopelitis, Garvin, Light, Hanson & Feary, a national transportation law firm. He has nearly 20 years of experience in trucking legal issues, including 15 years at American Trucking Associations.